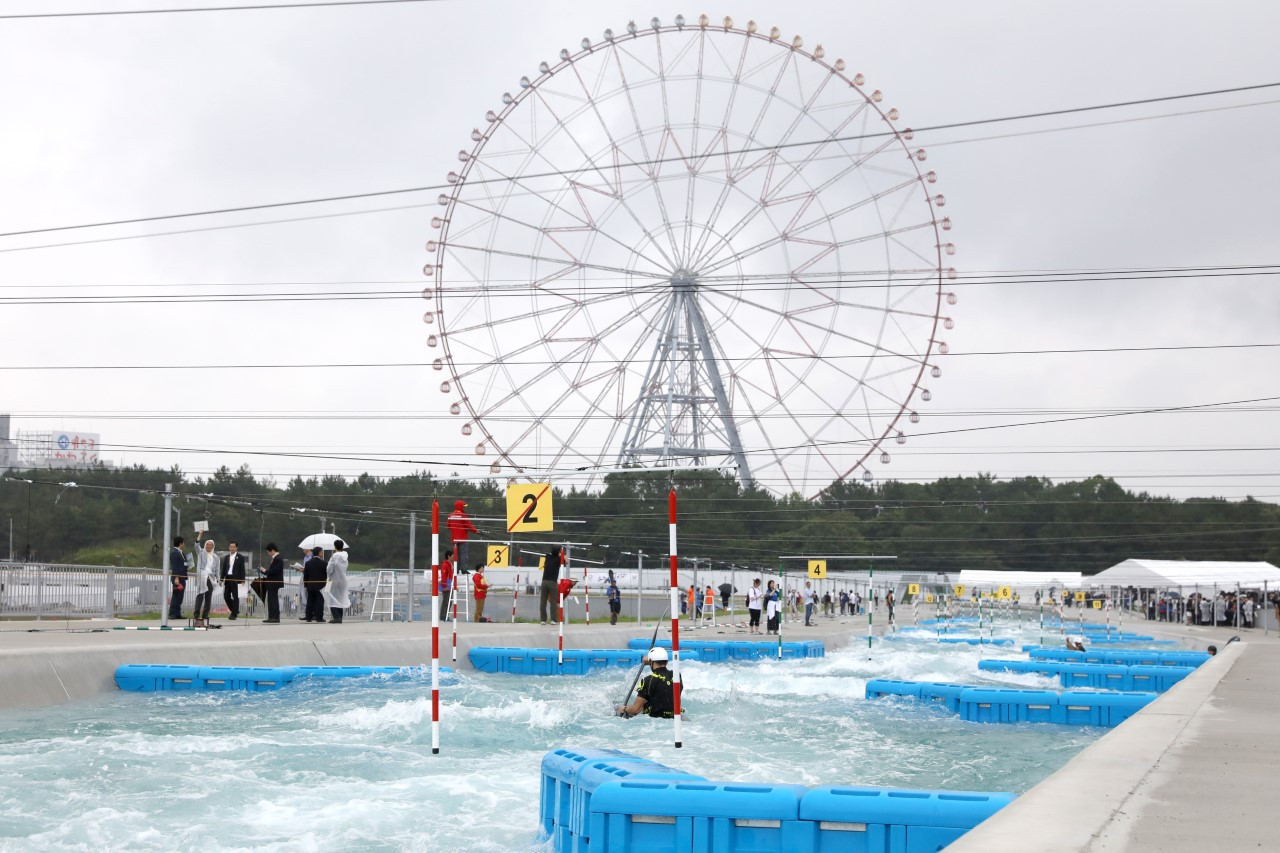 The Kasai Canoe Slalom Centre which will be used at next year's Tokyo 2020 Olympics has been officially inaugurated.

Constructed by the Tokyo Metropolitan Government, the venue is the first of its kind for the sport in Japan.

It is one of eight new venues being built from scratch for Tokyo 2020, with five of these now finished.

Organisers claim this shows preparations for the Games are "on track" with the Musashino Forest Sport Plaza, the Yumenoshima Park Archery Field, the Sea Forest Waterway and the Oi Hockey Stadium also already complete.

That leaves the Olympic Stadium, the Tokyo Aquatics Centre and the Ariake Arena as the three remaining new venues which are still under construction.

The Stadium is said to be 90 per cent ready and is planned to be finished in November, with the Aquatics Centre rated at 75 per cent complete before a proposed February opening.

The Ariake Arena, which will host volleyball and wheelchair basketball, is planned to be open by December and is said to be 83 per cent ready.

International Canoe Federation President Jose Perurena welcomed the completion of the slalom course which is 200 metres long and also features a warm-up area and finishing pool.

Temporary seating will house up to 7,500 fans although an administrative building does still need to be completed.

"It has been very impressive watching the development of the Kasai Canoe Slalom Centre, and now we see a world-class venue which will host the planet's best paddlers at next year's Tokyo 2020 Olympics," said Perurena.

"It is not just the slalom course which is incredible.

"The effort that has been made to ensure the best possible experience for spectators and media is also second-to-none, which will guarantee a memorable Games for all involved.

"On behalf of the International Canoe Federation, I congratulate all who have been part of the development of this fantastic venue.

"And I know I speak on behalf of the entire canoeing community when I say we cannot wait to showcase our sport at the Kasai Canoe Slalom Centre.

"It is sure to be one of our greatest Olympic venues ever."

Several of the gates are positioned upstream, requiring a change of direction and considerable strength and skill to paddle against the current.

"I feel honoured to be the first athlete to test the course," said Haneda, the first Asian canoeist to win an Olympic medal.

"It is technically difficult and perfect for an Olympic competition.

"It is also remarkable that the course is easily accessible from the centre of Tokyo.

"I believe this is the world's best course and I will try my best to qualify and compete at next year's Olympic Games."

The course will be used for international and national events following the Olympics and will also be open to the public.