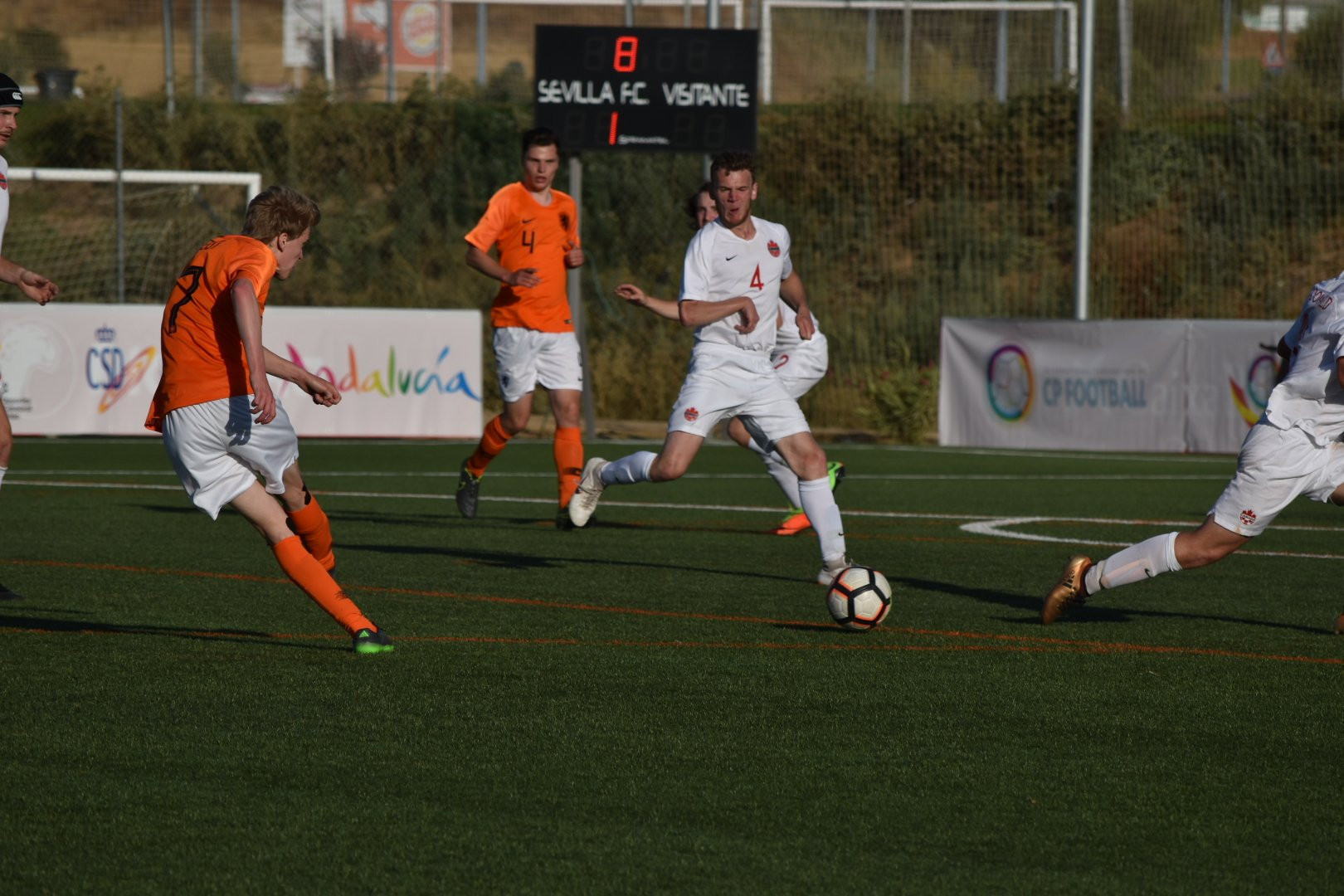 Netherlands got their International Federation of Cerebral Palsy Football World Cup campaign off to a flying start with a 3-0 victory over Canada in Group D.

After the break, Jeroen Schuitert drilled a penalty over the bar following a handball, before moments later Canada hit the woodwork at the other end.

However, Netherlands overcame their wobble when a brace from Jeroen Saedt wrapped up their victory.

Russia were in ominous form in their opening game, firing six unanswered goals past Thailand.

Tomorrow’s action see England get their Group A campaign up and running with a fixture against Germany, while Brazil take on Japan.

In Group B, the United States lock horns with Iran and Ireland clash with Finland.