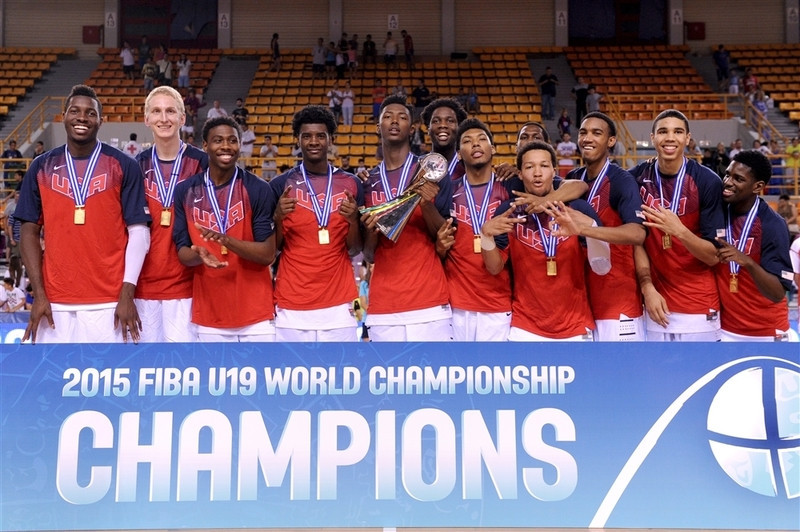 The final in Heraklion Arena in Greece was finely poised at the halfway point with the US 42-40 up, having trailed by two after the first quarter.

But they racked up no fewer than 31 points in the third, to storm into an 18-point lead.

And although the African side cut the deficit in the fourth quarter, they ultimately fell short.

Tyrese Haliburton starred for the US with six points, eight assists and four rebounds, while Cade Cunningham top-scored on 21.

In the duel for third place, a 33-point haul for Joel Ayayi helped France squeeze to a 73-68 win over Lithuania.

Ayayi contributed seven rebounds, one assist and three steals in a match his side led after every quarter.

They were just three points up heading into the final stanza but held their nerve.

Russia inched past Puerto Rico 77-74 in the fifth-place game, while Serbia ended seventh courtesy of a 110-92 win over Canada.

Argentina took 11th thanks to a 74-68 victory against Latvia, while New Zealand were 13th having edged past Philippines 76-70.