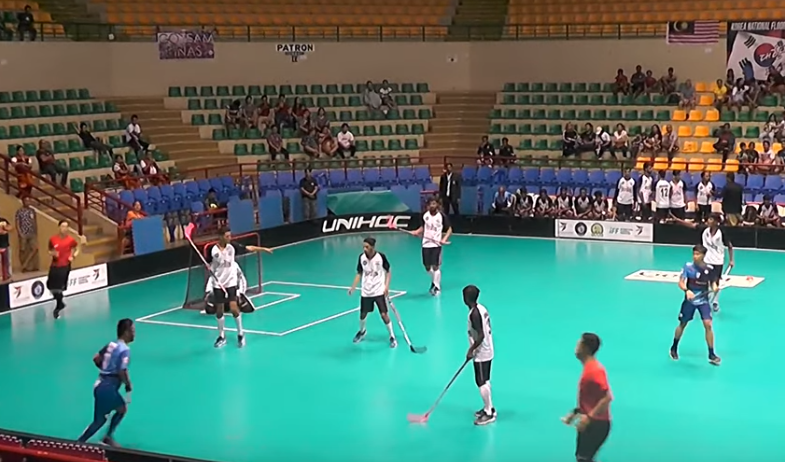 Hosts The Philippines pipped India 5-4 on the opening day of the Men's Asia Oceania Floorball Confederation Cup in Biñan.

The world number 35 side has adopted a policy of picking players with links to Sweden, where the sport originated, and it paid dividends during an exciting win.

Ryan Hallden scored four times for the home side, including a 44th-minute winner after India had battled back from 3-1 and 4-2 down.

India, ranked at 37 in the world, took the lead at the Alonte Sports Arena thanks to Vishal Kachhap's fifth minute strike but the home side then took control.

Hallden drew his side level through a penalty stroke less than three minutes later and then netted again with 25 on the clock.

Patrik Schoultze made it 3-1 to the hosts shortly before the hour mark before India found a route back thanks to Palash Garg's strike.

Hallden completed his hat-trick to restore Filipino daylight but Yash Rodwal and Ankit Dalal both scored in the 36th minute to bring the game back to 4-4.

It was left to Hallden to settle the contest as The Philippines, managed by Sweden's Peter Eriksson, began the tournament on a bright note.

In the other Group B match Japan, ranked 17th, thrashed a Singapore side rated at 16th 10-1.

Group A witnessed a shock as Thailand, the best-ranked side in the competition at number 14 in the world, were beaten 7-6 by 21st-ranked South Korea.

Malaysia, the world's 25th best side, defeated un-ranked Pakistan 5-1 in the group's other game.

The second round of group matches will be played tomorrow.

The two countries who win their groups will advance to the semi-finals, with those in second and third facing quarter-final ties for the right to join them.

The event is seen as an important warm-up for countries competing at the Southeast Asian Games later this year.