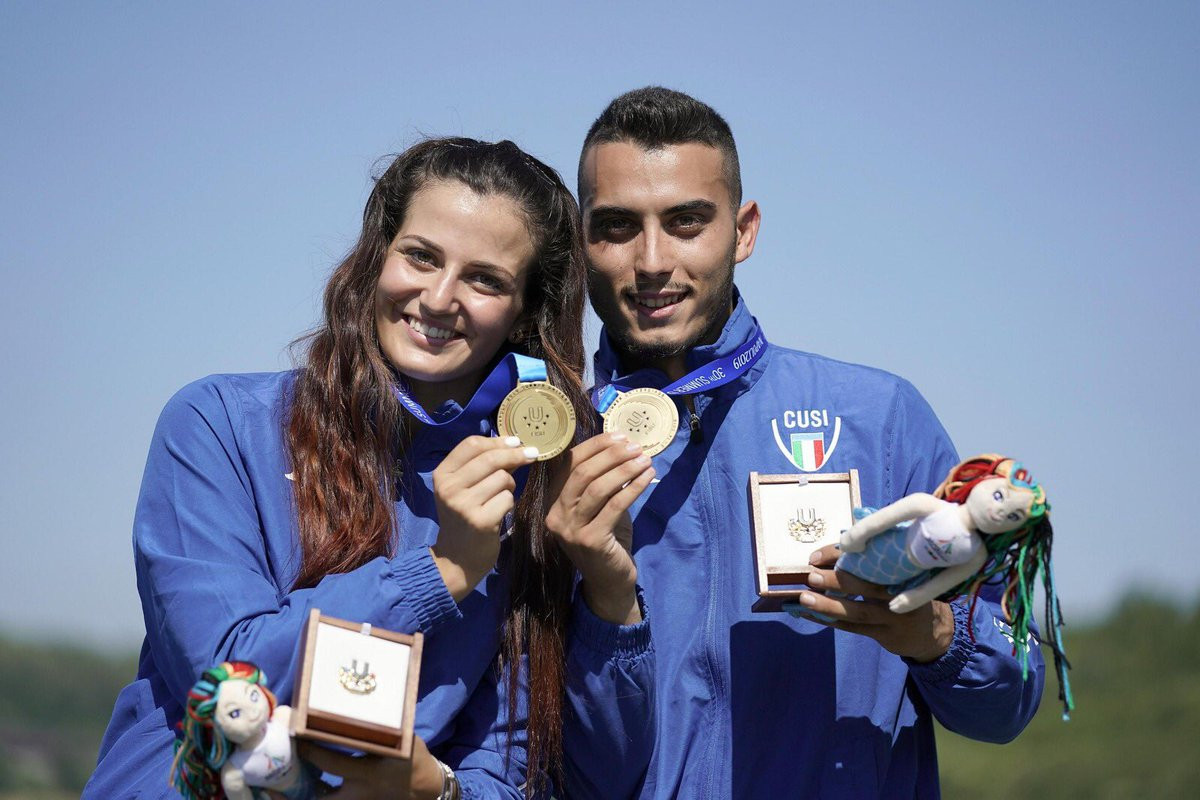 They scored 42 to win at Mostra d'Oltremare, surpassing Yang and Liu's total of 36.

The Chinese Taipei pair had been considered the main contenders for the gold medal, having individually won the men and women's trap events yesterday.

“To be honest, I am quite disappointed,” Liu said.

“I didn’t adjust my mind and my tempo well in the gold medal match.

"The gold medal could be ours, but I missed it.”

It was a dramatic final in the men's 10 metres air rifle, where Slovakia's Patrik Jany held his nerve in the final shootout for gold to win with 249.2 points.

Park Ha-jun of South Korea was just behind, totalling 248.3 from 24 shots.

"It was so stressful," Jany said.

‘’When it came to the last two shots against the Korean, I was just trying to do my best."

The hosts had more success in the fencing, with Damiano Rosatelli triumphing 15-10 in an all-Italian final against Guillaume Bianchi to earn gold in the men's foil.

Two more medals for Italy came in the women's sabre.

South Korea's Jeon Su-in was the other recipient of the bronze medal.

In the men's under-66kg, Moldova's Denis Vieru achieved his country's second gold medal of the Universiade.

He had defeated Japan's Ranto Katsura in the final, while Russia's Ismail Chasygov and Willian Lima of Brazil got bronze.