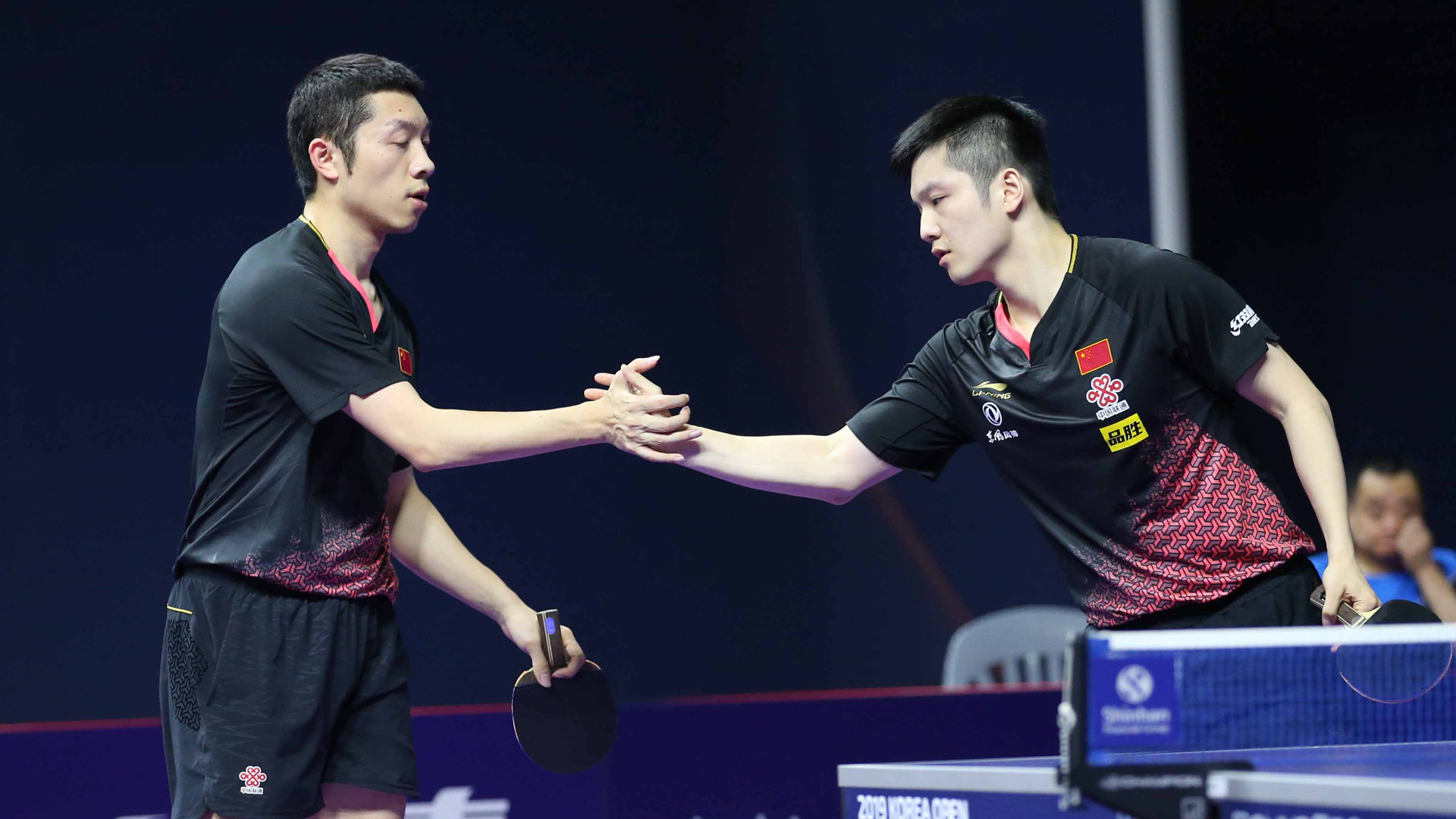 Fan Zhendong recovered from his quarter-final exit in the singles event as he partnered Xu Xin to the men's doubles title at the International Table Tennis Federation (ITTF) Korea Open in Busan.

"I am so happy to have beaten Fan Zhendong, who is ranked among the best in the world," Jeoung said.

"The most important moment in this victory was not the last game, but when I was behind 2-1.

Like Fan, Xu had endured a difficult start to the penultimate day of competition as he was forced to settle for second place in the mixed doubles event with partner Liu Shiwen.

The tournament is due to conclude tomorrow with the singles semi-finals and finals tomorrow.