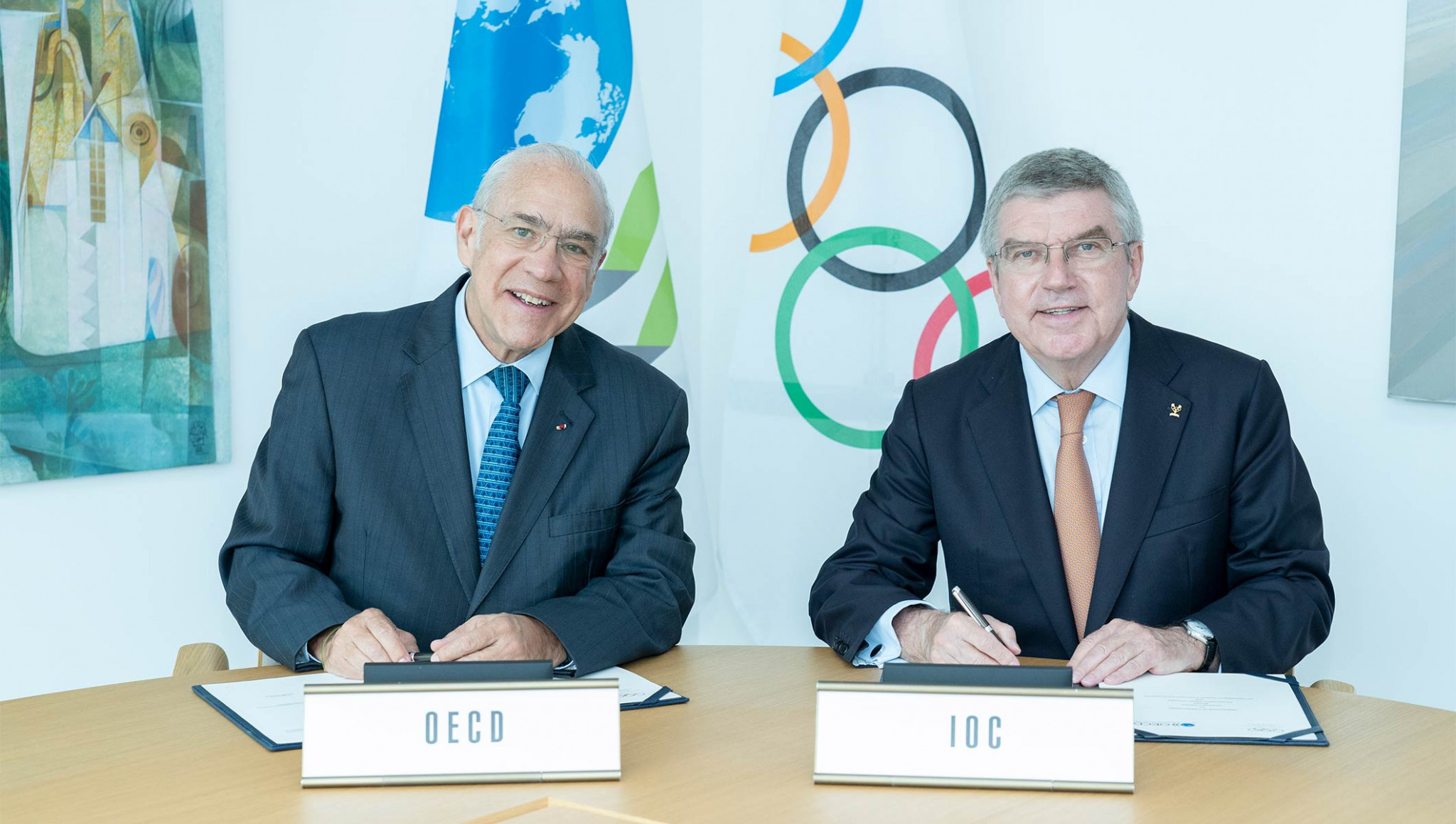 A deal has been signed by the International Olympic Committee (IOC) and the Organisation for Economic Cooperation and Development (OECD) in a bid to tackle corruption and promote "responsible" governance for sports bodies and events.

Under the Memorandum of Understanding (MoU), the OECD, an intergovernmental economic organisation with 36 member countries, will support the IOC by proving guidance to the Paris 2024 Organising Committee on how to "mitigate the risks of corruption linked to procurement".

Promoting the United Nations sustainable development goals and tools which will evaluate the contribution of major sports events, including the Olympic Games, to the wellbeing of local citizens are among the other areas the partnership will focus on with the Paris-based organisation.

Combating corruption and "promoting the integrity" of sport is listed as the main goal of the MoU.

The IOC claim the deal with the OECD "is another step forward" in the fight against corruption as it said it continues to tackle cases "with great determination".

The IOC has taken a hit in recent years owing to a slew of corruption cases involving its members, linked to the awarding of the 2016 and 2020 Olympic and Paralympic Games to Rio de Janeiro and Tokyo, respectively.

Both the IOC and the OECD are part of the International Partnership against Corruption in Sport (IPACS), which this week set up another taskforce to improve cooperation between criminal authorities and sports bodies.

"While the IOC’s vision is to build a better world through sport, the OECD works to build better policies for better lives," IOC President Thomas Bach, who signed the deal with OECD secretary general Angel Gurría, said.

"Therefore our organisations have many synergies - it is a natural match.

"The IOC is looking forward to making the best use of the OECD’s remarkable expertise in anti-corruption and in addressing social, economic and environmental challenges.

"We will also spread its evidence-based solutions within the Olympic Movement."