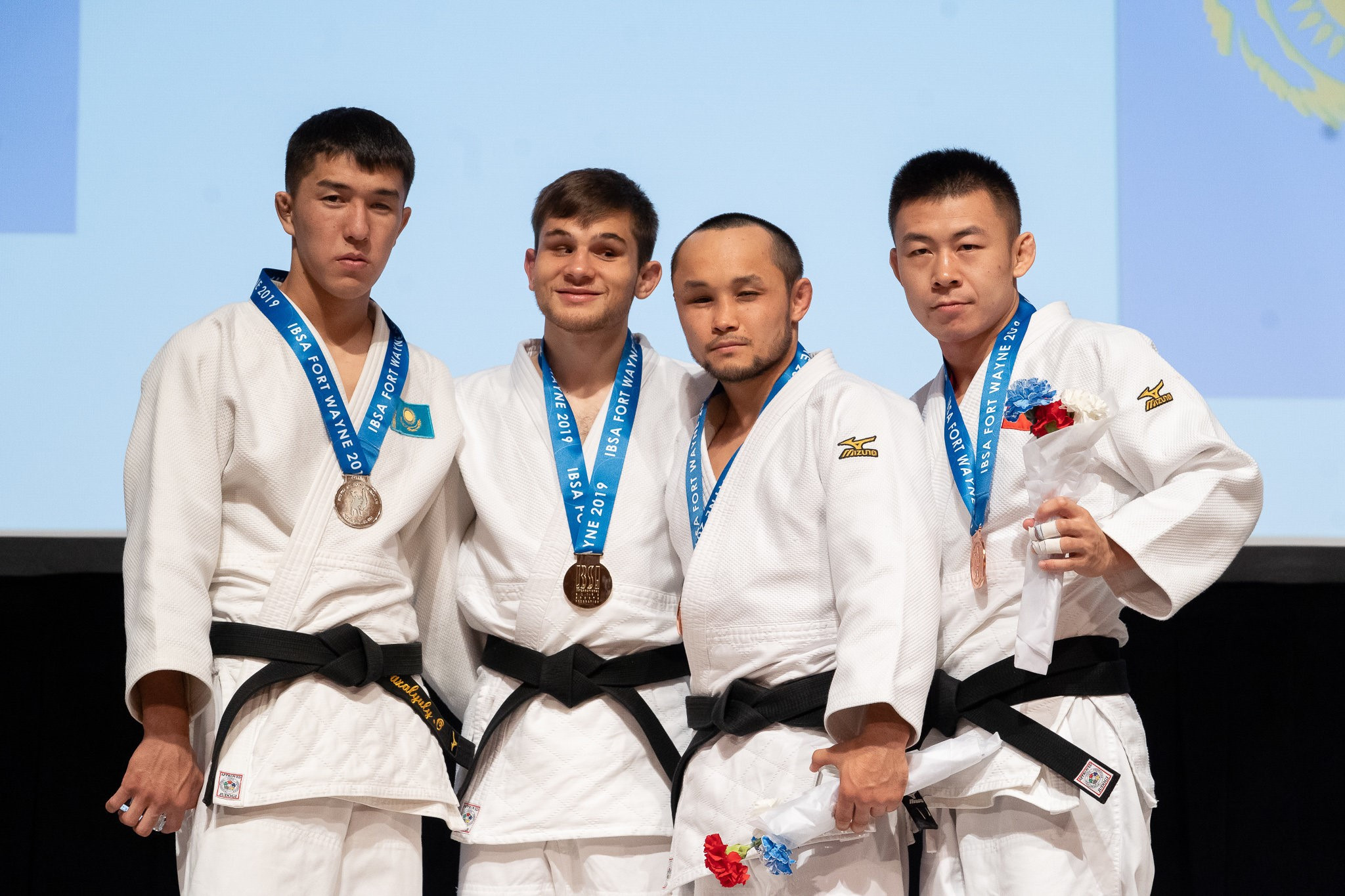 Judoka are in Fort Wayne to battle for world ranking points towards qualification for next year's Paralympics in Japan's capital.

"I was very happy to win here, especially after the World Championships (where he missed the podium) and I am happy to collect some points for Tokyo 2020," Bologa said.

"I am looking forward to going to Tokyo and getting a better medal, if it’s possible.

"I would like to be the Paralympic champion, but I would like one more medal whatever it is."

Elsewhere, Germany’s Nikolai Kornhass built on his superb bronze medal-winning IBSA World Championships debut from November in the men’s up to 73kg category.

Kornhass executed what was arguably the best throw of the day to achieve ippon against Kazakhstan’s Temirzhan Daulet, sweeping his opponent's legs from underneath him.

In the women’s up to 48kg gold medal match, France’s Sandrine Martinet, who is continuing to compete in one weight division lower than Rio 2016 where she won gold, beat Paralympic champion Li Liqing of China by ippon.

The bronze medal contest between Chinese Taipei’s Kai Lin Lee and Rio 2016 bronze medallist Yuliya Halinska of Ukraine was an intense affair with the latter emerging victorious by ippon.

World and Paralympic champion Inna Cherniak of Ukraine defeated world bronze medallist Priscilla Gagne of Canada in the women’s up to 52kg final.

Turkey's Zeynep Celik met Japan’s Junko Hirose in the women’s up to 57kg final, in a rematch of the IBSA World Championships gold medal match.

It was Celik who once again came out on top as she managed an ippon.

Today's one other final was that in the men’s up to 66kg category and saw Mongolia’s Munkhbat Aajim overcome Spain’s Sergio Ibanez Banon.

World bronze medallist Giorgi Gamjashvili of Georgia picked up the same colour again, while Ukraine’s Davyd Khorava joined him on the podium.