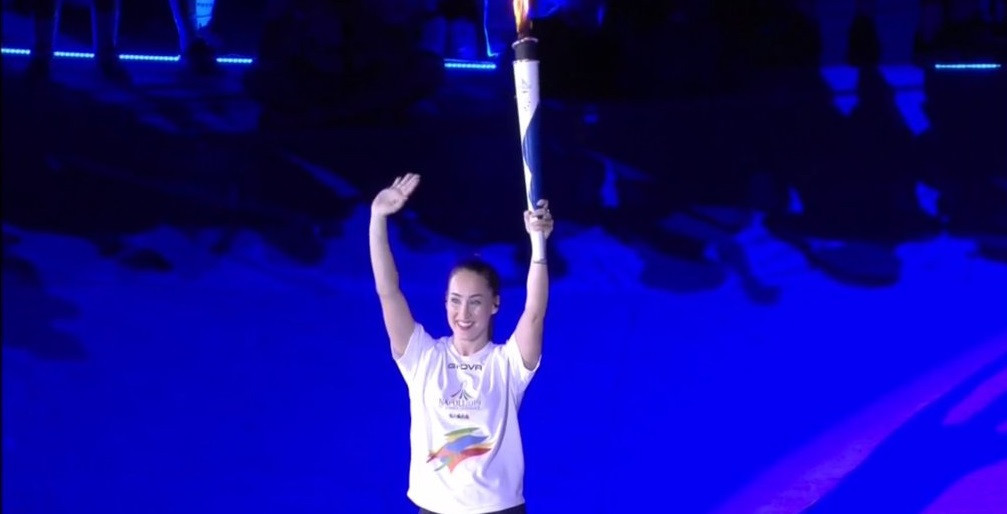 Italian gymnast Carlotto Ferlito – once accused of making a racist comment towards the United States' Simone Biles – was one of the final Torchbearers during the Naples 2019 Summer Universiade Opening Ceremony here.

Ferlito was one of three Torchbearers tonight as the Universiade cauldron was lit up, marking the start of the multi-sport competition.

The 24-year old caused controversy in 2013 at the World Artistic Gymnastics Championships in Antwerp after Biles edged out Ferlito and fellow Italian Vanessa Ferrari to bronze in the balance beam final.

With Ferrari finishing fourth and Ferlito fifth, the latter was then interviewed by Italian media.

"I told Vanny (Vanessa Ferrari) that next time we should also paint our skin black so that we could win, too,” she said, sparking outrage.

“I want to apologize with the Americans girls,” she wrote.

“I didn't want to sound rude or racist.

“I love Simone and I'm a huge fan of USA gymnastics.

“I've made a mistake, I'm not perfect, I was too nervous, and I didn't think about what I was saying.

Ferlito has since won a European silver medal in balance beam, while Biles is now considered one of the greatest gymnasts of all time with five Olympic medals, four of which are gold.

She also has 14 world medals to her name.

Ferlito then took the Flame, lighting a football which was “kicked” into the Vesuvius-shaped cauldron by SSC Napoli captain Lorenzo Insigne and goalkeeper Alex Meret.

The act ended the month-long Torch Relay which had begun in Turin on June 3, before moving on to Lausanne to visit the International University Sports Federation headquarters.

It then returned to Italy, reaching Naples yesterday.

Ferlito had been selected for her role after competing in the 2010 Youth Olympics in Singapore as well as the London 2012 and Rio 2016 Olympic Games.