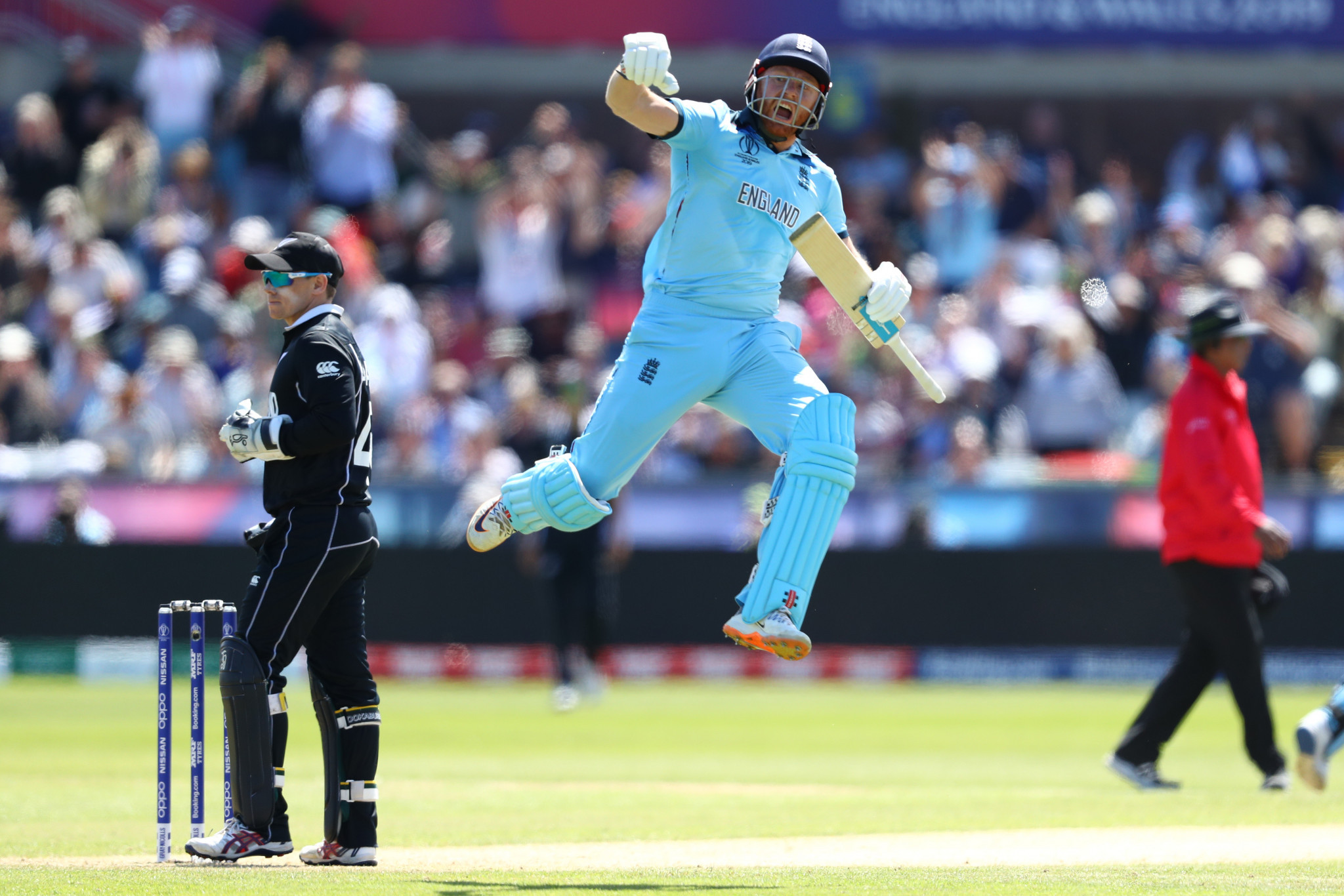 An inspired Jonny Bairstow hit his second consecutive century as England thrashed New Zealand by 119 runs to secure their place in the semi-finals of the Cricket World Cup for the first time in 27 years.

Bairstow scored 106 from 99 balls and opening partner Jason Roy managed 60 as England, needing to win to be assured of a last four spot, made an explosive start at Chester-le-Street in Durham.

The host nation slipped from 194-1 as New Zealand fought back with the ball and restricted the home side to 305-8 from their 50 overs.

New Zealand never looked capable of chasing down 306 for victory as England dominated in the field with a combination of sharp catching, precise bowling and more than their fair share of fortune.

The Black Caps were bowled out for 186, Mark Wood the pick of the bowlers with 3-34.

The win guarantees England, who had to beat India and New Zealand to qualify for the next round, a semi-final berth for the first time since 1992.

The world's top-ranked side have finished the round-robin stage in third place and are likely to face India in the semi-finals.

Defeat for New Zealand was their third in a row but they are almost certain to join England in the last four and are set to take on arch-rivals Australia for a place in the final.

Bairstow and Roy put on another century stand for the first wicket before the latter fell for 60.

Joe Root could only manage 24 and Bairstow's departure sent fear around the crowd inside the venue as New Zealand began to recover.

None of the middle order, save for Eoin Morgan, who made 42, were able to add considerable scores but England crept above 300 to set New Zealand a tough run chase.

The Black Caps' pursuit of 306 began in disastrous fashion as Henry Nicholls was out leg before wicket for a golden duck before Jofra Archer snared Martin Guptill down the leg side.

New Zealand's dangerman Kane Williamson came to the crease and looked composed before he departed in bizarre fashion as Wood's trailing finger ran him out at the non-striker's end.

Ross Taylor was also run out as New Zealand began to collapse and they failed to fight back as they had with the ball, collapsing to 186 all-out.