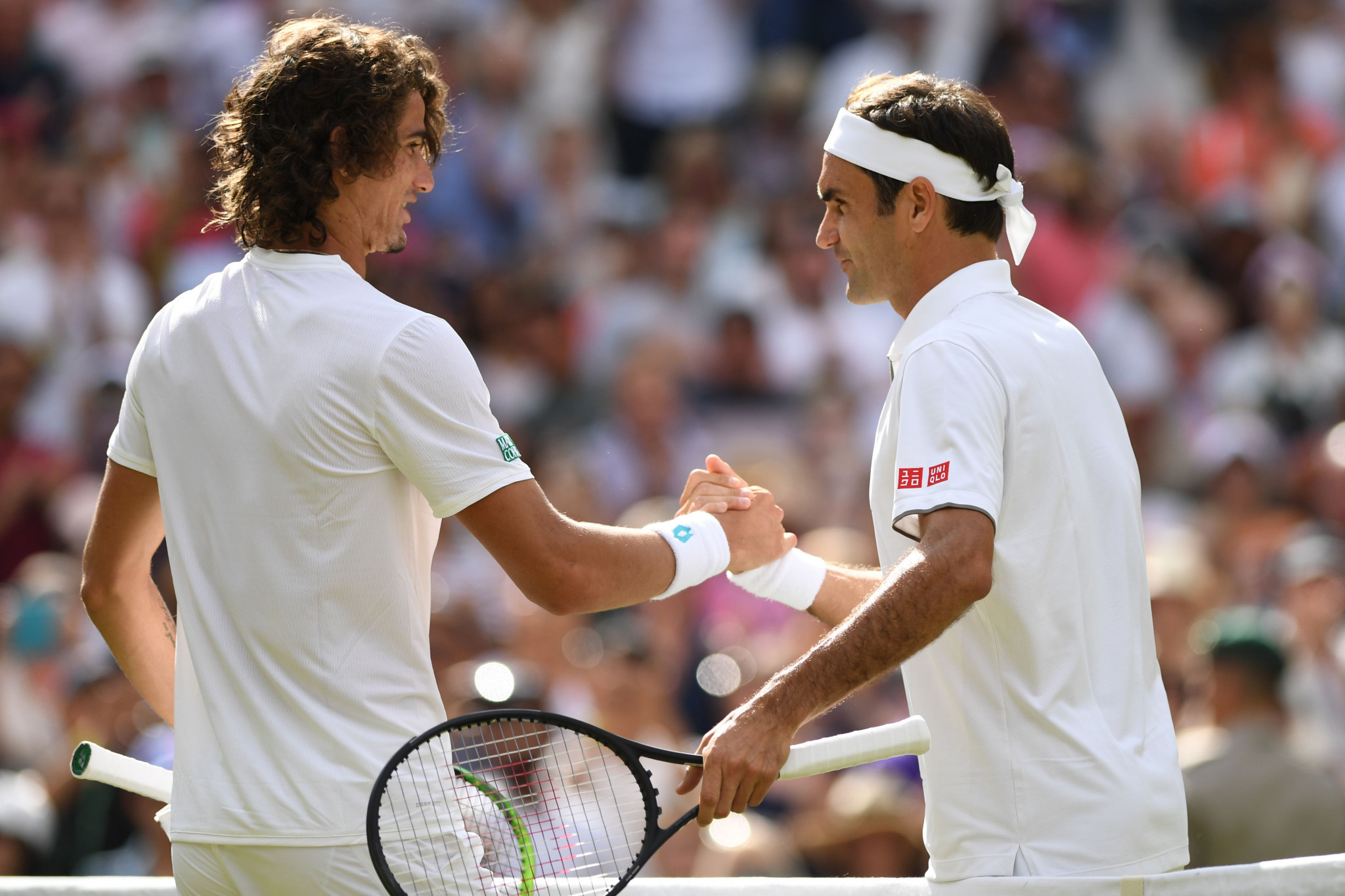 Eight-time champion Roger Federer came from a set down to beat South African debutant Lloyd Harris and reach the second round at Wimbledon today.

Harris took the first set to the surprise of those watching on Centre Court at the All England Club, but Federer fought back to triumph 3-6, 6-1, 6-2, 6-2 in one hour and 51 minutes.

The Swiss, bidding for a record-extending ninth men's title, is set to face Great Britain's Jay Clarke in round two.

"I struggled early on," Federer, who dropped a set in the first round at Wimbledon for the first time since 2010, told BBC Sport.

"I felt a bit frozen, my legs weren't going.

"I felt it was heavy out there.

Awaiting the Spaniard in the second round is controversial Australian Nick Kyrgios, who beat fellow countryman Jordan Thompson 7-6, 3-6, 7-6, 0-6, 6-1 in a match that lasted nearly three-and-a-half hours.

Nadal, an 18-time Grand Slam champion and two-time winner at Wimbledon, lost to Kyrgios at the Mexican Open in Acapulco in Febraury, with the former accusing the latter of "lacking respect".

Among the most notable casualties from the men's singles draw today was French Open finalist Dominic Thiem, who became the third top-10 men's seed to suffer a first-round exit after losing 7-6, 6-7, 3-6, 0-6 against America's Sam Querrey.

In the women’s singles event, world number one Ashleigh Barty of Australia and defending champion Angelique Kerber of Germany eased through to the second round.

Kerber beat compatriot Tatjana Maria 6-4, 6-3 to set up a clash with America's Lauren Davis in round two.

Later in the day, seven-time Wimbledon champion Serena Williams moved into the second round with a straight-sets victory over Italy's Giulia Gatto-Monticone.

Elsewhere in the women's singles first round, ninth seed Sloane Stephens of the US defeated Switzerland’s Timea Bacsinszky 6-2, 6-4, while two-time champion Petra Kvitová of Czech Republic progressed with a 6-4, 6-2 win against Tunisia's Ons Jabeur.

Two former champions crashed out of the tournament, however, with Spain's Garbiñe Muguruza and Russia's Maria Sharapova both falling at the first hurdle.

Sharapova retired at 5-0 down in the final set of her match against France's Pauline Parmentier with a wrist injury.