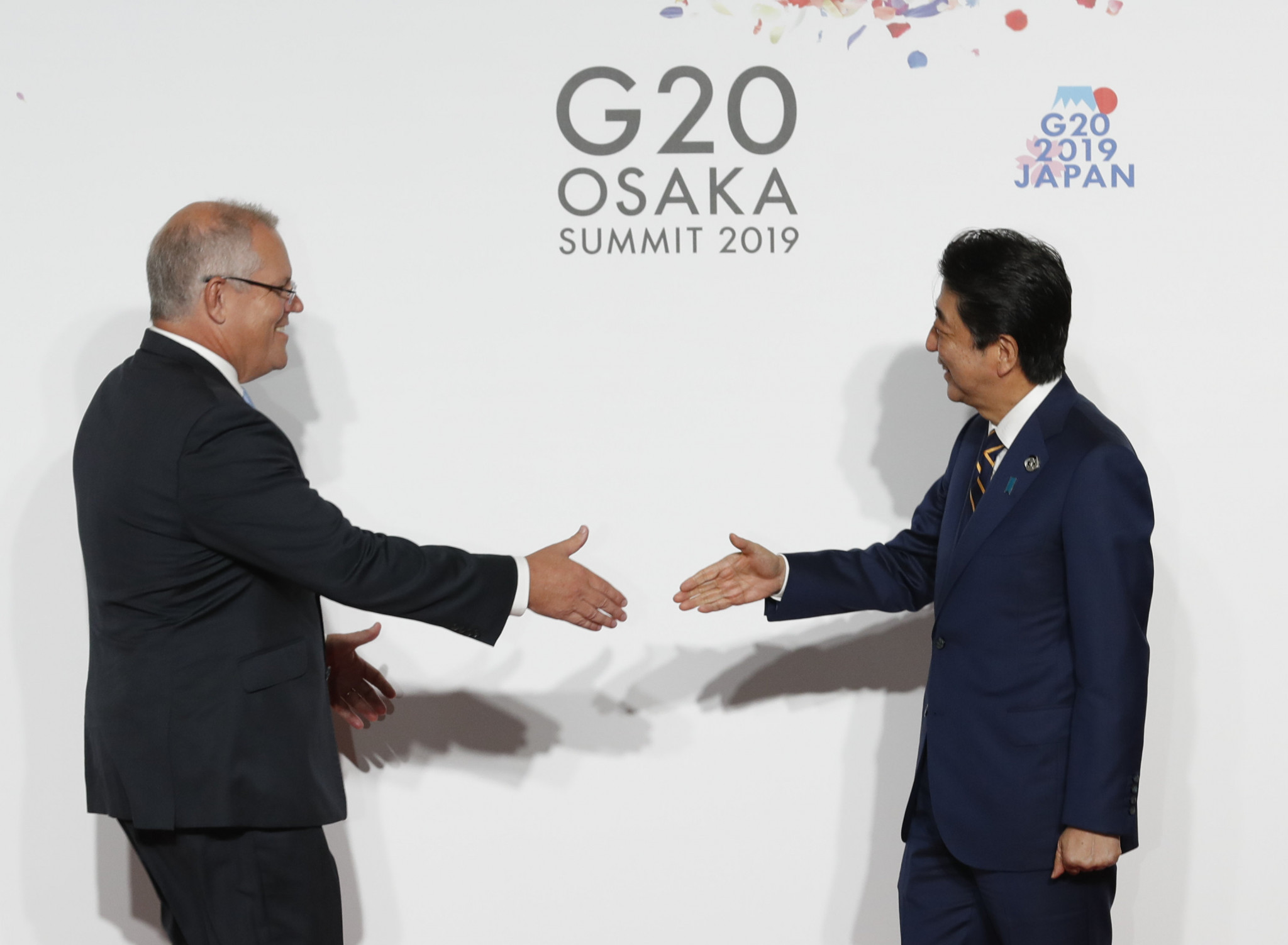 Australian Prime Minister Scott Morrison has backed a potential Southeast Queensland bid for the 2032 Olympic Games and has called for the State Government to support the project.

Morrison outlined his support for hosting the Olympic and Paralympic Games at the G20 summit in Osaka, attended by International Olympic Committee (IOC) President Thomas Bach and John Coates, head of the Australian Olympic Committee.

The Australian Prime Minister revealed he had held a meeting with Bach and Coates in the Japanese city during the summit, with the IOC officials outlining changes made to bidding process for the Games.

The IOC approved changes, outlined by a Commission led by Coates, including ending the seven-year period before the event is awarded.

Morrison claimed this "fast-tracking" of the process would allow hosts greater time to prepare and suggested this would lead to earlier engagement with the IOC.

He then called for the Queensland Government to fully support the Olympic bid.

"A Brisbane Olympics has the potential to be a game-changer for southeast Queensland and my government will be there every step of the way," Morrison told The Australian.

"Just like in Sydney, a Queensland Olympics, led by Brisbane, would be an economic and job boom and would show off the entire state to the world.

"The Sydney [2000] Olympics set a new standard for the Olympic Games and the IOC still praise its success ­almost 20 years later.

"I have no doubt that Queenslanders, in true Origin spirit, would want to go one better in Brisbane in 2032 and show the world how good is Queensland.

"To achieve this, we all have to work together and show we are a united team, ­especially Governments at Commonwealth, state and local level.”

Bach has welcomed the commitment from Morrison, with the German claiming it was a "great foundation for the 2032 Olympic Games in Queensland".

"I was impressed by the clear and strong level of commitment of Prime Minister Scott Morrison and his Government for Olympic Games in Queensland, Australia," Bach said.

"He made it very clear that Olympic Games would fit 100 per cent into his Government’s 10 years infrastructure planning.

"This early commitment and the well-known enthusiasm of the Aussies for sport are a great foundation for the 2032 Olympic Games in Queensland."

Bach had labelled the potential Brisbane bid for the 2032 Olympics encouraging, while the two Mayors talked up the possibility of delivering a "cost neutral" Games.

Schrinner claimed the IOC had provided encouraging news which could help them to achieve their aim of a cost neutral Games, regarding the operational costs of staging the quadrennial event.

The additional infrastructure costs, Schrinner claimed, would form part of a long-term plan to meet the region's needs amid a growing population.

A feasibility study produced for the potential bid outlined how 60 per cent of venues currently exist for the Games.

The remainder would be either temporary facilities or permanent venues which is claimed would fulfil the needs of the local community.

Coates claimed the support of Australia’s Prime Minister would provide a substantial boost towards the prospect of a 2032 Olympic and Paralympic Games in Queensland.

"The Prime Minister made it very clear that he was enthused by what he heard at the meeting and that the Federal Government was ready to move forward.

"Thomas Bach conveyed the new flexible approach the IOC has adopted to create a dialogue with potential Games' hosts and for Games to be hosted in several cities or regions.

"There’s no question a Games could be held in Queensland that suits this model.

"We have significant existing sports infrastructure across multiple locations in South East Queensland - and preliminary group events for football, men and women, could be held in Townsville at the new football stadium being constructed there, with the agreement of the North Queensland Cowboys, for these Games in August.

"Cairns is the other large regional city which should be investigated to host preliminary group events, in either basketball or volleyball, which require six-thousand seat capacities for preliminaries.

"However, President Bach warned against spreading events too far, being mindful of comments from the athlete members of the IOC, who are concerned about the loss of the magic for athletes from all 206 National Olympic Committees, coming together."

Coates had warned earlier this year that a potential bid for the Olympic and Paralympic Games would not be able to go ahead without commitments to improve transport.

He claimed the AOC would not give the all-clear for a bid unless there were commitments over how infrastructure - including rail - was going to be funded.

Coates has also warned the sufficient accommodation for teams, technical officials, media and spectators would also been to be considered.

"That said, the Prime Minister made it clear that a Queensland Games would fit well into the Federal Government’s ten-year infrastructure planning," he said.

"I have consistently maintained that we need to fix the transport infrastructure or connectivity, linking the venues from Gold Coast, Brisbane and Sunshine Coast for the Games to work for the athletes."

Other cities and countries interested in hosting  the 2032 Olympic Games could include an historic joint Pyongyang-Seoul bid.