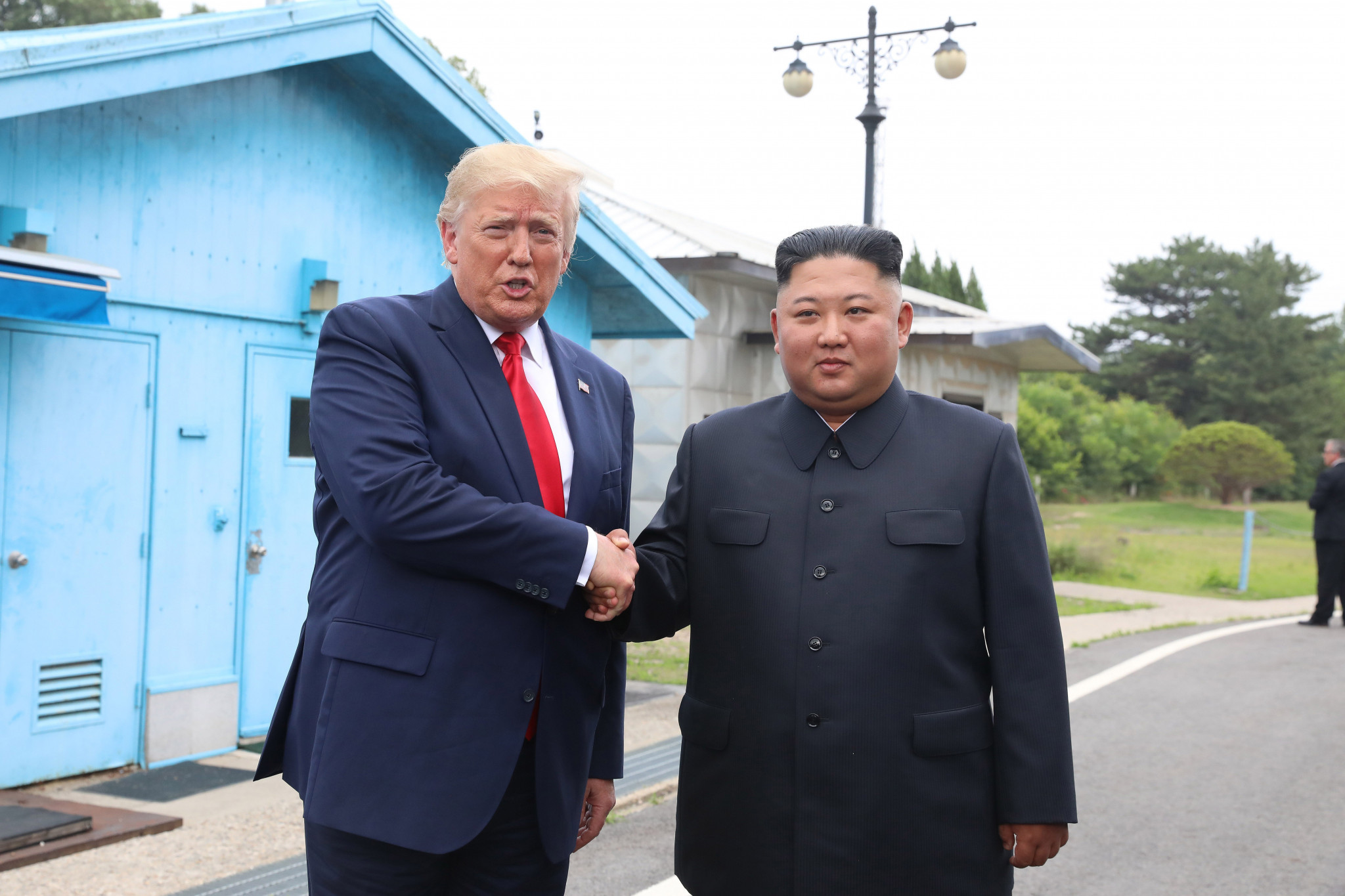 Hopes of a joint North and South Korea bid for the 2032 Olympic and Paralympic Games have been given a boost after Donald Trump today became the first sitting United States President to set foot in North Korea.

North Korean Leader Kim Jong-un agreed to meet Trump at the Korean Demilitarized Zone with just two days' notice, after he issued an invitation for the summit over Twitter.

As they greeted each other over the border, both leaders said: "It is good to see you again."

Kim added: "I never thought I would meet you in this place."

Officials from North and South Korea had presented their idea of hosting a joint Games in Pyongyang and Seoul in 2032 to the International Olympic Committee (IOC) in February.

But the thaw in relations between North Korea and the US had appeared to have slowed down recently over the issue of denuclearization.

Today's historic handshake between Trump and Kim, however, could breath new life into negotiations.

Lee Kee-heung, President of the Korean Sport & Olympic Committee, who was officially voted in as a new member of the IOC in Lausanne on Wednesday (June 26), has vowed to make it his mission to make the joint bid between the two countries technically still at war a success.

Lee revealed upon his return to Seoul that he had met Kim Il-guk, President of the Olympic Committee of the Democratic People's Republic of Korea and the country's Sports Minister, on several occasions in Lausanne.

During its the IOC Session, there was a major change to how future host cities are chosen.

A rule that they should be chosen seven years in advance was removed and multiple cities are set to be encouraged.

Lee claimed the changes "will provide a good opportunity for us" and urged the two Koreas to work together to achieve their target.

He wants to ride the momentum of the peace wave to try to encourage the IOC to award the Olympic and Paralympics to Korea more than 10 years ahead of when they are due to be staged.

"I told the North Korean side that we should try to win our bid in 2021," Lee told South Korean agency Yonhap News.

"Sports Minister Kim Il-guk asked that we deliver a formal request through our Unification Ministry."

Lee and Kim also discussed fielding joint teams at next year's Olympic Games in Tokyo, building upon Pyeongchang 2018 when the two Koreas played together in the women's ice hockey tournament.

The two sides had agreed to bring their teams together during the Olympic qualifying stages in women's hockey, women's basketball, judo and rowing.

But the South Korean women's hockey team participated in a qualifying tournament in Ireland alone earlier this month, since North Korea did not respond to repeated calls to organise joint training sessions.

"Our discussions went well and I think we will have some positive outcomes," Lee said following his discussions with Kim.

Lee and Kim have also talked about the possibility of organising a joint meeting between Kim Jong-un and South Korean President Moon Jae-in at the Korean Demilitarized Zone to help promote the joint bid during the Association of National Olympic Committees General Assembly due to take place in Seoul in November 2020.

Trump and Kim were supposed to meet just for a handshake today but spent 50 minutes in a private meeting.

As they exited Freedom House both leaders confirmed that talks between their two nations were back on track, with Trump describing their closed door meeting as "a very good one, very strong, very solid".

It is the third time the two leaders have met and the first since a failed summit on the North’s nuclear programme in Vietnam earlier this year.

Shortly after their abandoned talks, it was reported that Kim had executed his top negotiatior Kim Hyok-chol and imprisoned a number of others.

When asked about those reports, Trump replied: "I can tell you the main person is still alive and I would hope the rest still are, too."