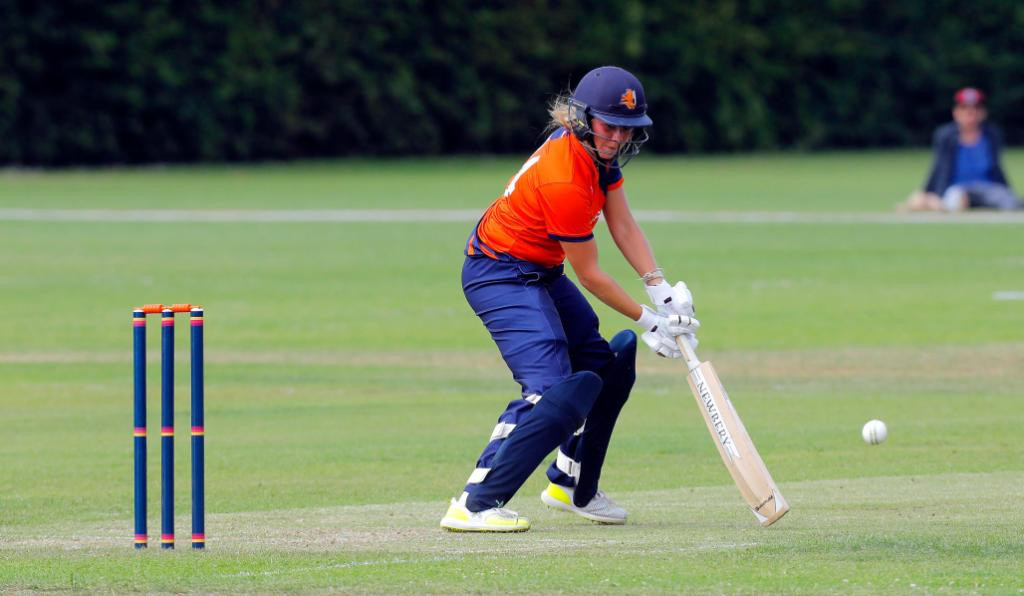 A nine-wicket victory over Germany at La Manga Club in Murcia meant the Dutch snatched first place from Scotland by virtue of a superior net run rate.

In March, Scotland had been named as the host nation of the 2019 ICC Women's World Twenty20 Qualifier, meaning their participation was confirmed regardless of how they performed in the round-robin event in the Spanish city.

But they needed to win the event in order to earn a berth for the 2020 Women's Cricket World Cup Qualifier.

The Netherlands reached their target of 64 against Germany, who played their first four Twenty20 Internationals this week, after just seven overs.

Heather Siegers led the way with an unbeaten 36 from 26 balls.

Earlier in the day, Scotland beat Germany by 107 runs, a result that had temporarily taken them back to the top of the standings with three victories from their four outings.

Congratulations to @KNCBcricket who top the table on net run-rate and progress to the ICC Women’s Cricket World Cup Qualifier 2020. 📈

They also join us for the ICC Women’s T20 World Cup Qualifier in Dundee and Angus.#FollowScotland 🏴󠁧󠁢󠁳󠁣󠁴󠁿 pic.twitter.com/8ukmqfehsT

Kathryn Bryce top scored with 65 from 46 balls as Scotland set their opponents a target of 169 to win.

In reply, Germany could only manage 61 from their 20 overs.

Bangladesh, Ireland, Thailand, Zimbabwe, Papua New Guinea and the United States had already booked their spots at the 2019 ICC Women's World Twenty20 Qualifier, with Scotland due to stage the competition between August 31 and September 7.

Two teams will qualify for the 2020 ICC Women's T20 World Cup in Australia.

The 2020 Women's Cricket World Cup Qualifier does not yet have confirmed dates or a host nation.

Three sides will advance from it to the 50-over 2021 Women's Cricket World Cup in New Zealand.

Bangladesh, Ireland, Sri Lanka, Thailand, Zimbabwe, Papua New Guinea and the US had already been confirmed as taking part.