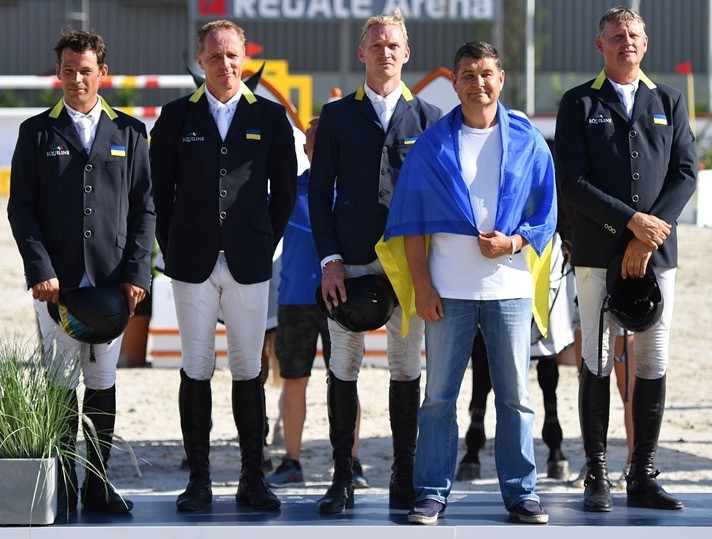 Ukraine claimed the single spot on offer for the Tokyo 2020 Olympic Games at the Group C jumping qualifier staged in Budapest today.

Lithuania were fifth with 79 faults while the team from Greece failed to complete when their first two riders were eliminated on course.

Bulgaria carried 34 faults into round two, Hungary carried 29 and Czech Republic were the Ukrainians' closest rivals, just nine points behind the leaders with 23 faults on the board as the action resumed.

But when Zelinkova’s opening nine faults with Caleri ll were followed by a second elimination, this time a fall for second-line rider Augier de Moussac at the open water, the Czech challenge was seriously undermined.

Now the scores of both Zvara with Cento Lano and Opatrný and Forewer would have to be counted and when the former racked up 17 faults it seemed as if the writing was on the wall.

Riding Allegro, Ukraine’s Schroder picked up 18 faults on his second run, so all eyes were on team mate Kirchhoff as he re-entered the ring after suffering elimination in the first round.

Another disaster at the water and the competition would be blown wide open, but Kirchhoff masterfully managed to get Al Pacino around this time, so when he crossed the line with just nine faults on the board, matters appeared considerably more optimistic for the eventual winners, whose tally now stood at 43 faults.

A clear from anchorman Opatrný would leave the Czech side on a final tally of 41 faults, but mistakes at the second element of the double at five and again in the middle of the triple combination, along with a single time fault, rounded the country's total up to 58 so the game was up.

Ukraine could not now be beaten and they looked set to win by a massive margin as Tebbel, who had collected only two time faults with Saxo de la Cour in the previous round, brought the competition to a close.

But there was drama to the end as the seven-times International Equestrian Federation (FEI) World Cup finalist, who won team silver at the FEI World Equestrian Games in Stockholm in 1990, collected 16 faults on his run that included a stop at the last.

In the end, the winning margin was still a handsome one with Ukraine's final total of 41 faults leaving them 17 ahead of Czech Republic in second place.

The second of the two Olympic qualifiers for countries in Group C is due to take place in Russia's capital Moscow tomorrow, when there will be one further slot at Tokyo 2020 up for grabs.