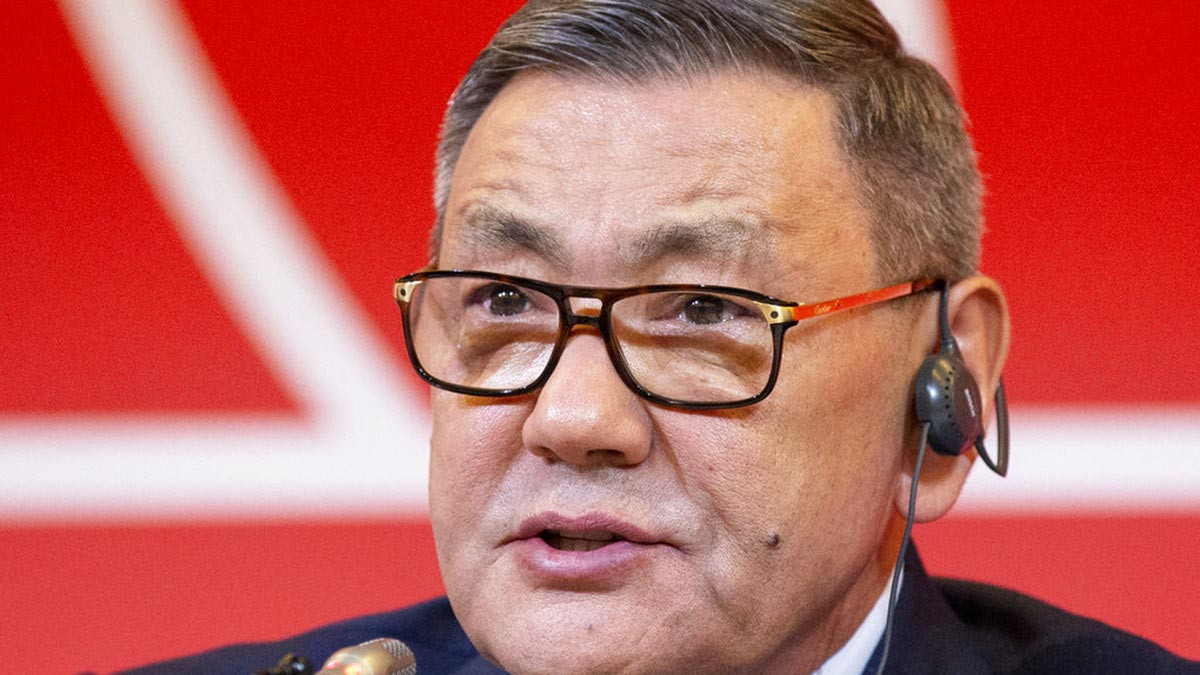 Gafur Rakhimov has been blocked from returning as President of the International Boxing Association (AIBA) without an election after the embattled organisation voted to scrap a controversial bylaw at its Extraordinary Executive Committee meeting here today.

insidethegames has been told 13 members of the Executive Committee agreed to remove article 16.3, while there were eight abstentions and one against.

The body also approved a motion to send a letter to Rakhimov urging him to resign permanently to pave the way for new elections, insidethegames understands.

An Extraordinary Congress has been called for November 15 in Lausanne, where the body will hold elections for President, vice-president and Executive Committee.

Rakhimov's election as President in March was the catalyst for AIBA being stripped of its recognition by the International Olympic Committee (IOC), a decision endorsed by the Session yesterday, because of his designation on a United States Treasury Department sanctions list as "one of Uzbekistan's leading criminals".

The IOC Inquiry Committee noted its severe concern regarding the bylaw, which effectively granted Rakhimov the ability to return from his self-suspension.

"If, at the latest 90 days before the date of the Extraordinary Congress called to elect a new President, the elected President is able or wishes to resume his or her activities, he or she shall then be entitled to recover his or her authority for the remainder of his or her term of office," it reads.

Nenad Lalović, the IOC Executive Board member who spearheaded the Inquiry Committee and is now heading up a group which will monitor AIBA's progress towards reinstatement, told the Session yesterday there was a concern that Rakhimov is still running the organisation behind the scenes.

Lalović said the Uzbek's "level of influence and control remains uncertain" as he painted a bleak picture of AIBA's situation.

There is a slim chance Rakhimov might try to regain his position but this seems unlikely given the warnings from the IOC, who will be pleased with the decision taken by the Executive Committee today.

Interim AIBA President Mohamed Moustahsane, who replaced Rakhimov in March, is set to remain at the helm until the Extraordinary Congress, although some Executive Committee members have called for him to resign because of his handling of the crisis.

insidethegames understands Moustahsane came under fire from members at the meeting who believe he has been acting on the orders of Rakhimov.

Volodymyr Prodyvus of Ukraine put forward the motion to remove the controversial bylaw, which was seconded by Emilia Grueva of Bulgaria.

Both have cast serious doubt on Moustahsane leadership in critical letters sent to the Moroccan in recent weeks.

Tom Virgets has been given a temporary extension to his role as executive director.

The American, who warned the organisation was on the verge of bankruptcy and insolvency after it was suspended as the Olympic governing body for the sport, was due to leave AIBA tomorrow.

He was expecting to leave after failing to fulfil his mandate of ensuring AIBA retained its Olympic status.