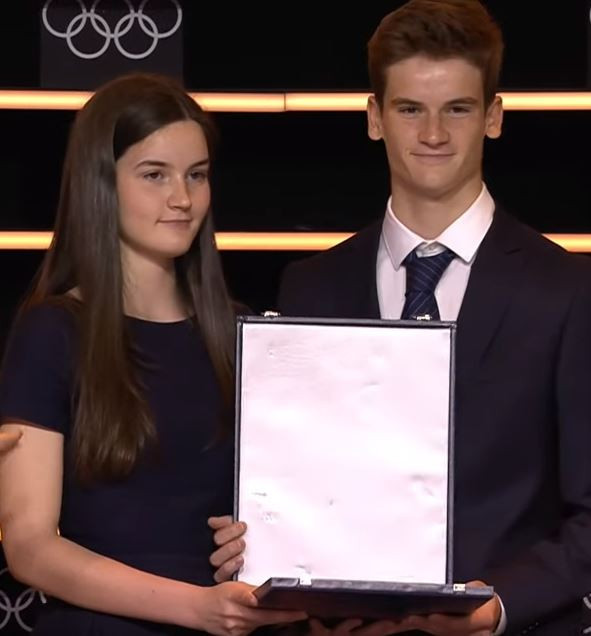 Patrick Baumann and Nat Indrapana posthumously received the Olympic Order on the final day of the IOC Session at the Swiss Tech Convention Center in Lausanne.

A poignant moment in proceedings saw the auditorium give a standing ovation to Baumann as his children Bianca and Paul received the award from Willi Kaltschmitt, with his wife Patricia also present.

Presenting the award, Kaltschmitt, from Guatemala, said: "Patrick will forever be remembered as a true sport leader respected by everyone.

"He dedicated his life to basketball and the sport community."

Baumann, who died suddenly while attending the Summer Youth Olympic Games in Buenos Aires in October, was one of six IOC members to receive the Olympic Order as South African Sam Ramsamy, Barry Maister of New Zealand, Saint Lucia's Richard Peterkin and Cuban Ruperto Nicolás Herrera Tabio were all honoured.

As well as being an IOC member, Baumann was President of the Global Association of International Sports Federations (GAISF) and secretary general of the International Basketball Federation (FIBA).

He was President of Organising Committee of the 2020 Winter Youth Olympic Games in Lausanne and the IOC Coordination Commission chair for Los Angeles 2028.

He entered the IOC in 1990 and served various positions in Asian sport, including as a member of the Olympic Council of Asia Advisory Committee.

Of Indrapana, Kaltschmitt said: "Nat Indrapana was a key figure in the development of sport in Thailand and Asia.

"He dedicated his whole life for sport, holding numerous positions with sport organisations like the National Olympic Committee of Thailand, Olympic Conservation and the World Taekwondo Federation.

"He will be remembered as a true advocate of the value of sport."