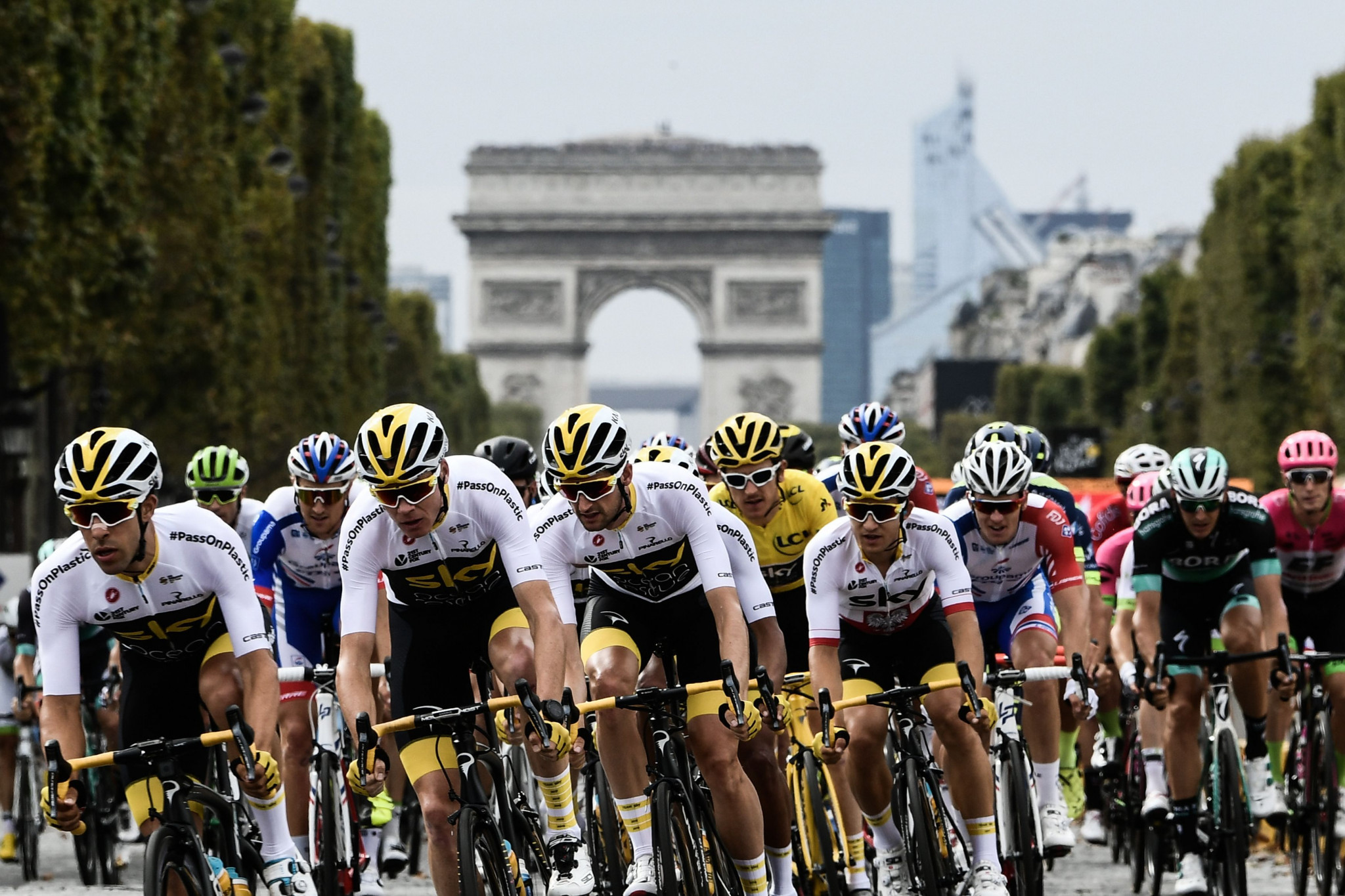 The International Cycling Union (UCI) has announced next year's calendars for the WorldTour and Women's WorldTour which feature changes due to the Tokyo 2020 Olympics.

Thirty-seven races have been announced in the men's WorldTour with the premier women's road circuit featuring 22 events.

Tokyo 2020 will take place between July 24 and August 9 with the UCI adapting its schedule every four years to accommodate the Olympics.

On the men's circuit the prestigious Tour de France will begin one week earlier than usual on June 27 and run until July 19.

The Tour of Poland will take place between July 5 and 11 instead of in August while the Prudential RideLondon Surrey Classic has been given a later date of August 16.

Australia's Tour Down Under will open the season between January 21 and January 26 with the finale the Tour of Guangxi in China between October 15 and 20.

The Giro D'Italia and Vuelta a España, which make up the three Grand Tours along with the Tour de France, will be held between May 9 and 31 and August 14 and September 6 respectively.

There will be an extra day at the Vuelta as its Grand Départ is taking place in Dutch city Utrecht.

Another change has seen the Presidential Cycling Tour of Turkey lose its WorldTour status after the last two editions failed to meet the minimum of 10 required UCI WorldTeams.

The women's season will open with the Cadel Evans Great Ocean Road Race on February 1 and conclude in Guangxi on October 20.

The Prudential RideLondon Classique will not be a WorldTour event as it will now clash with the Ladies Tour of Norway due to a change in dates by organisers.

It is hoped that the event can return to the schedule in future but the UCI aims to avoid overlaps so teams can compete in every race.

The full schedules can be seen here.