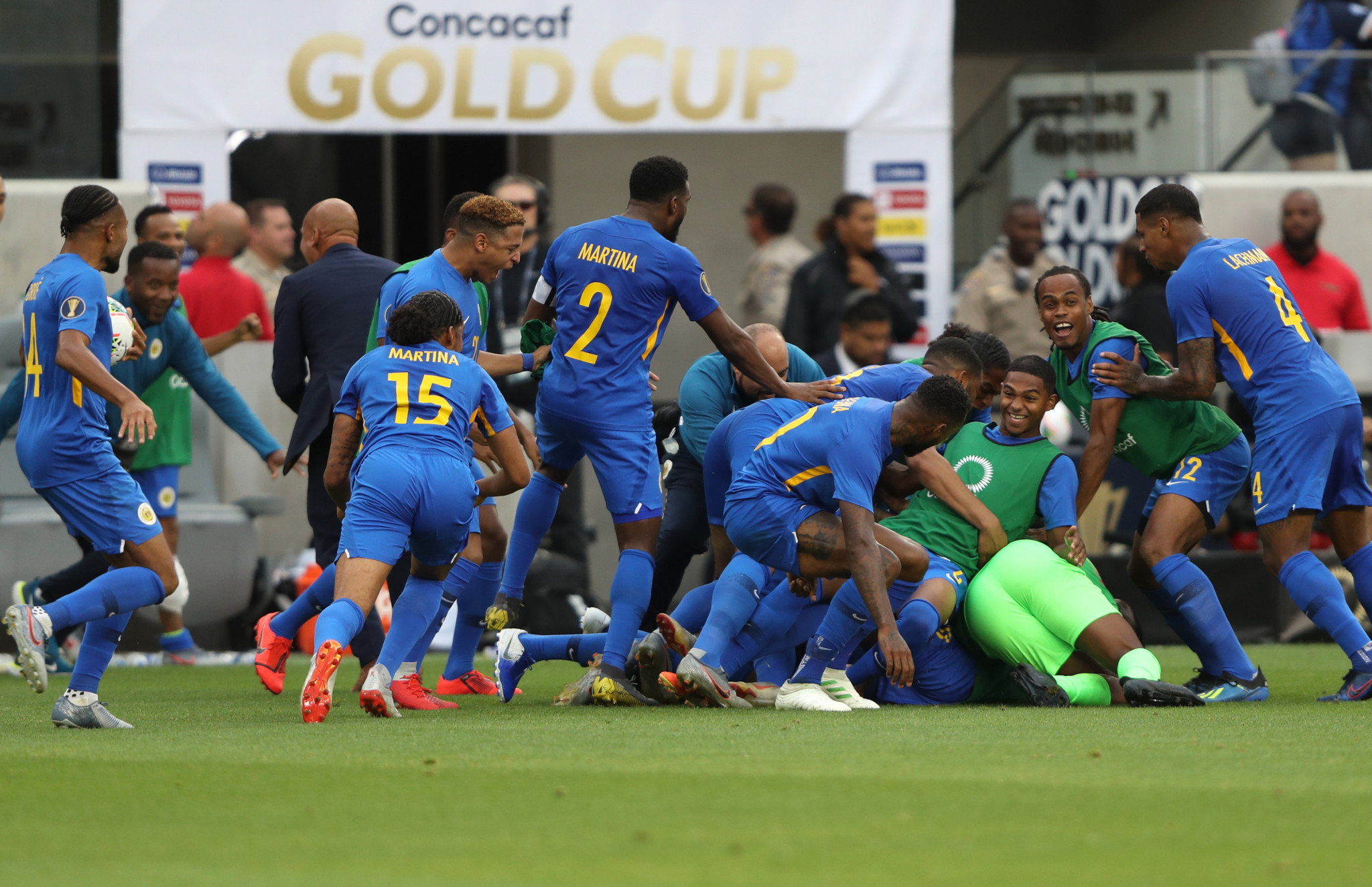 Jurien Gaari scored a dramatic goal in the last seconds of the game to earn Curaçao a 1-1 draw with Jamaica and save them from elimination at the Confederation of North, Central American and Caribbean Association Football Gold Cup.

Defeat in the Group C clash at the Banc of California Stadium in Los Angeles would have sent the Dutch territory home but Gaari struck sublimely in the 93rd minute to earn a crucial draw.

That moved them level with El Salvador on four points and when their rivals were thrashed 4-0 by Honduras in the later game, Curaçao had qualified for the quarter-finals alongside the Jamaicans.

Jamaica, the runners-up at the last two Gold Cups, earned a 14th minute lead when Shamar Nicholson guided an Andrew Lewis volley into the net.

The Reggae Boyz knew they needed at least a point to progress themselves and threatened to double their advantage in the second half.

Curaçao held firm and Gaari, a right-back who plays for Dutch side RKC Waalwijk, smashed home an unstoppable drive from outside of the area to spark wild celebrations.

They then faced a nervous wait but Honduras, who were already eliminated after two defeats, did their part with gusto after running riot against their fierce rivals in the second half.

No goals were scored before the break with El Salvador still only needing a point to go through.

Honduras went in front shortly before the hour mark as Jorge Alvarez rocketed a shot home and Rubilio Castillo fired in a second from inside the box just over five minutes later.

Bryan Acosta and Emilio Izaguirre added extra gloss to the scoreline as Honduras sent their neighbours out of the tournament with them.

The two countries fought a "Football War" for 100 hours in 1969 after tensions spilled over following a World Cup qualifier.

Jamaica topped the group on five points with Curaçao and El Salvador ending on four and Honduras on three.

The margin of the Honduras victory proved crucial as Curaçao advanced to the quarter-finals with a superior goal difference of three.

Both Jamaica and Curaçao will wait for the conclusion of Group D tomorrow to see who they meet in the last eight.

Hosts United States and Panama are both already through after two wins from two and will meet at Children's Mercy Park in Kansas City to see who tops the group and meets Curaçao.

The runners-up will play Jamaica.

Already eliminated Trinidad & Tobago and Guyana will also meet tomorrow in a bid to end the tournament on a high.