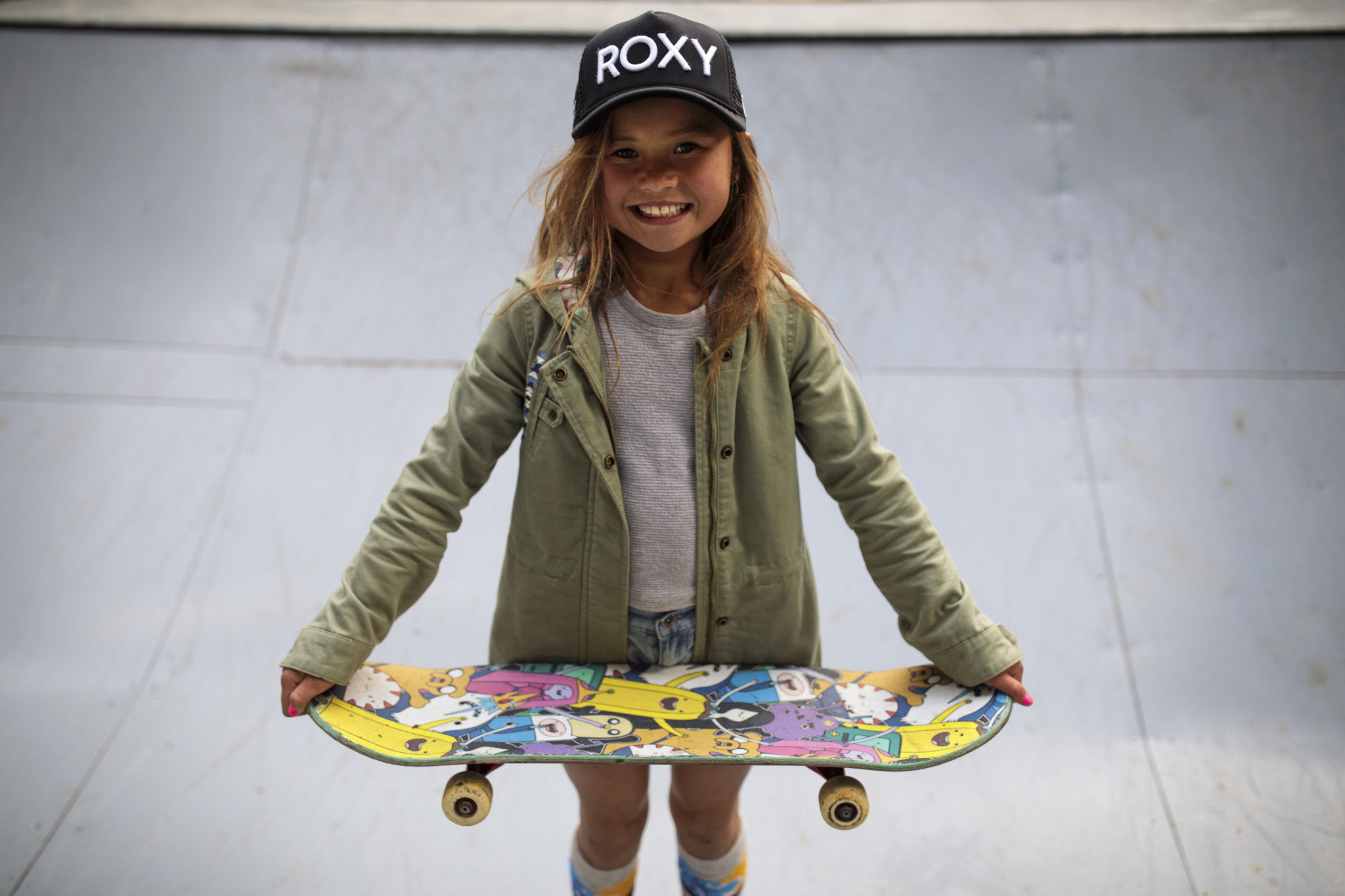 Ten-year-old Sky Brown has edged closer to her Olympic dream at Tokyo 2020 after she was seeded for next month's International Skateboarding Open World Championship event in Nanjing.

The news means the youngster will start the event, which offers qualifying points for Tokyo 2020, due to take place between July 17 and 19, in the quarter-finals.

Brown would become Britain's youngest-ever Olympian should she make the Games in Japan, when she will be 12.

She is currently 12th in the Olympic rankings which would be enough to qualify for skateboarding's Games debut.

The youngster was born in Miyazaki in Japan to a British father and Japanese mother so there would also be plenty of host nation interest were she to make it.

Already the world's youngest pro skateboarder, her videos have gone viral across the globe.

She also appeared in a Nike campaign with icons of women's sport including American gymnast Simone Biles and track athletes Caster Semenya of South Africa and Dina Asher-Smith of Britain.

At this month's Dew Tour in Long Beach in the United States, the first Olympic qualifying event, Brown reached the quarter-finals, despite competing with a broken arm and while wearing a cast.

"I want to go to the Olympics," said Brown.

"I want to be the youngest one out there and show the girls it doesn't matter how big you are or how small you are.

"You can do anything."

Lucy Adams, a professional skateboarder and the chair of Skateboard GB, added: "Sky has continued to perform better and better this season.

"Her runs in Long Beach were world-class, putting her on par with the best senior athletes in her field, which is astounding for someone of her age."

Skateboarding will make its Olympic debut at Tokyo 2020 alongside surfing, climbing and karate.

Baseball/softball will also return to the programme having last appeared at Beijing 2008.