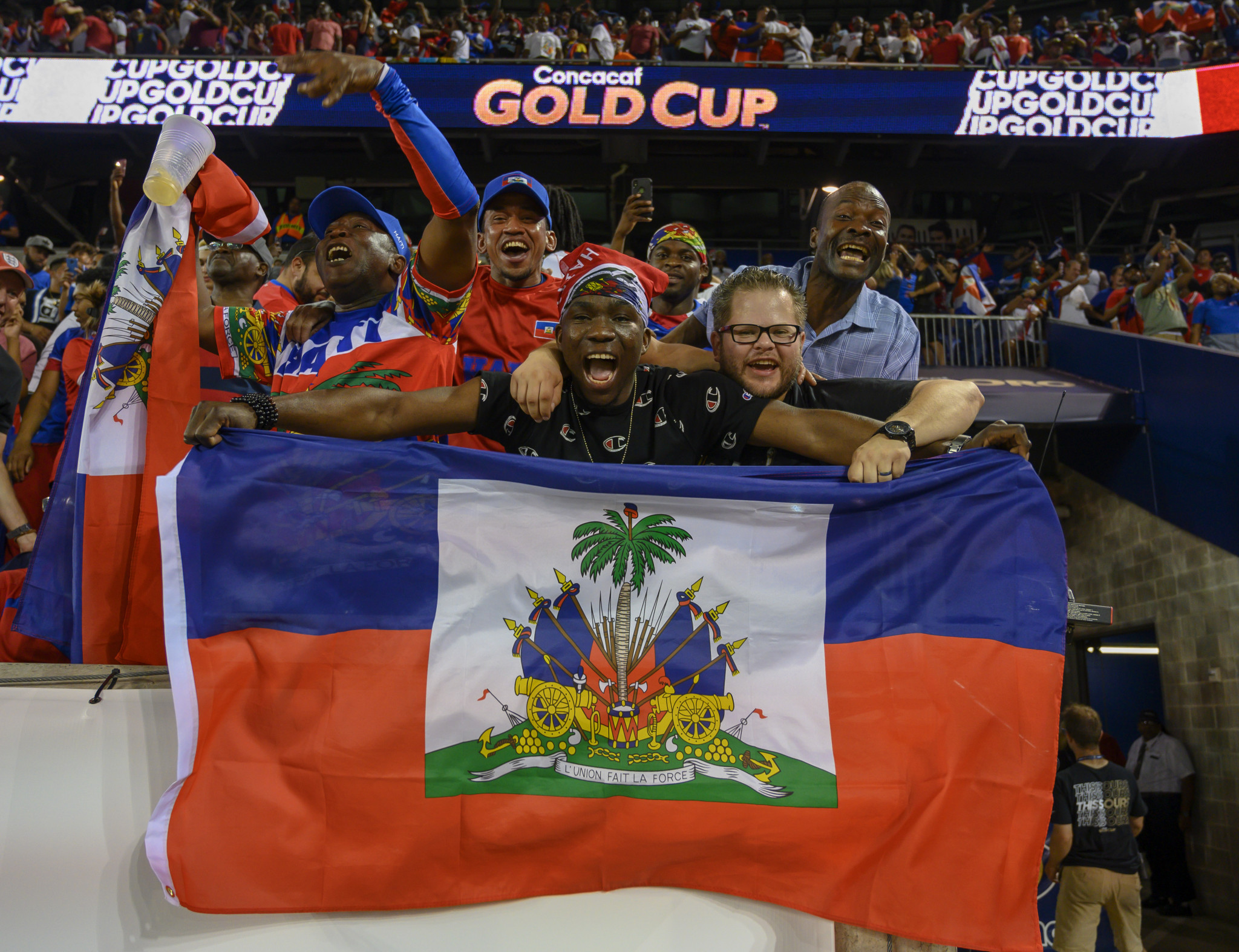 Haiti came from behind to shock Costa Rica 2-1 and win Group B at the Confederation of North, Central American and Caribbean Association Football (CONCACAF) Gold Cup.

Both sides had won both of their games prior to the clash at the Red Bull Arena in Harrison so knew their place in the quarter-finals was secure.

Costa Rica were favourites to add another victory to their collection but Haiti stunned the 2014 World Cup quarter-finalists with a fine display and maintained their perfect record.

It means Haiti, winners of the the former CONCACAF Championship in 1973, avoid seven-time champions Mexico in the quarter-finals and will instead face Canada.

They had never before won their Gold Cup group.

Costa Rica looked on course for a meeting with Canada when Alvaro Saborio's 13th minute header deflected off Haiti's Djimy-Bend Alexis for an own goal.

The match turned in the 56th minute, however, when Francisco Calvo fouled Duckens Nazon in the box and conceded a penalty.

Duckens scored it himself and Alexis then netted at the correct end with a powerful finish ten minutes from time.

The result means Costa Rica, winners of the the CONCACAF Championship three-times and losers in the semi-finals of the last Gold Cup in 2017, face the tricky challenge of Mexico in the last eight.

Bermuda beat Nicaragua 2-0 in Group B's other match in Harrison as both already-eliminated sides sought their first points to end the tournament in the United States on a high.

Lejaun Simmons combined with Osagi Bascome to give Bermuda, playing in their first Gold Cup, the lead on the hour mark and Nahki Wells' header completed the victory.

Group C is set to conclude tomorrow in Los Angeles with Jamaica meeting Curaçao and Honduras taking on El Salvador at the Banc of California Stadium.

Jamaica, the runners-up at the last two editions, and Curaçao have four points and with El Salvador on three the group is finely poised.

Honduras have lost both of their matches and are already out but will be keen to stop the progress of neighbours El Salvador.

The two countries fought a "Football War" for 100 hours in 1969 after tensions spilled over following a World Cup qualifier.