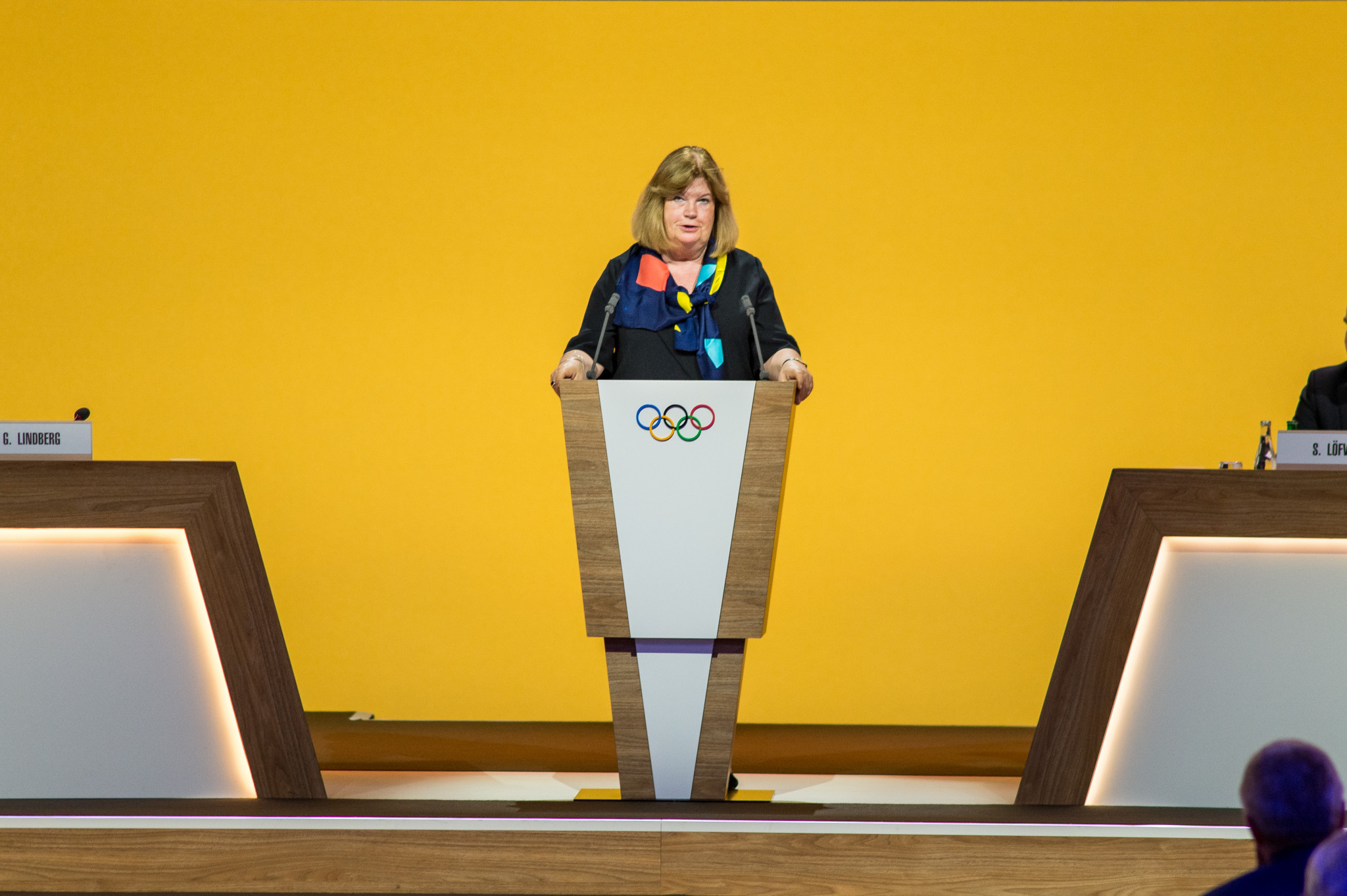 Gunilla Lindberg challenged her fellow International Olympic Committee (IOC) members to prove the New Norm reforms are not "just talk" by voting Stockholm Åre as hosts of the 2026 Winter Olympic and Paralympic Games.

The IOC Executive Board member issued the challenge at the conclusion of Stockholm Åre 2026's final presentation at the IOC Session here today.

"As IOC members, you must choose a city that embodies the principles of Olympic Agenda 2020 and the New Norm," Lindberg told them.

"Not just on paper and frankly, not just in the bid, but in every part of culture and way of life.

"The question is, which city offers the best solution for real change?

"I believe the answer is Stockholm Åre.

"I believe the movement needs three things in 2026: A partner that can deliver on time, on budget and with no drama or surprises.

"The moment of change is upon us and we must capture it.

"And I believe that Stockholm Åre represents the change that we need to fulfill our Movement’s great and noble mission.

"This is your chance to prove that the New Norm is not just talk."

The New Norm is the latest IOC reform package, containing 118 measures designed to cut costs and thus make it more attractive and feasible for cities to bid for the Games.

Stockholm Åre 2026 had repeatedly stated their proposal full fulfilled the reforms, with the use of multiple locations in the country and the use of a sliding centre at Sigulda in Latvia highlighted.

"Sweden will almost exclusively use existing infrastructure and arenas," he told IOC members.

"To achieve cost-efficiency, part of the games will take place in neighbouring Latvia.

"And Sweden has tens of thousands of volunteers, clubs, and parasports and sports federations with considerable organisational experience that together form a strong national sports movement that is united behind the vision of successful Swedish Winter Olympics.

"While organising great games, we can at the same time end the age of extremely costly Olympics that threaten welfare spending and leave a trail of underutilised structures and public resentment.

"You wanted change and that is our offer.

"We will deliver this change."

While Stockholm Åre 2026 issued a challenge to IOC members, their delegation also made attempts to reassure the organisation of the political support for their bid.

Financial guarantees and Åre, rather than Stockholm, signing the host city contract had been cited as possible concerns over the bid.

Stockholm Mayor Anna König Jerlmyr insisted the bid had their full support and even briefly sang ABBA's Dancing Queen during a light-hearted touch in the presentation.