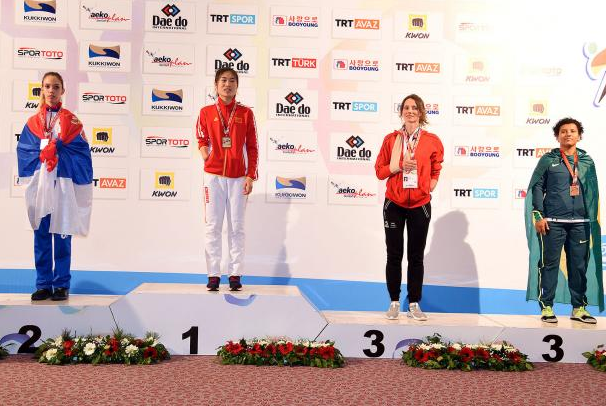 Having shocked the division by winning the world title in her first international competition, Li rolled over the competition in the women’s under-58 kilograms K44 to claim her second straight tournament.

The win sees her move to number six in the division, closing in on the top four ranking needed to qualify for next year's Paralympic Games in Tokyo when taekwondo is set to make its debut on the pogramme.

With Denmark’s number one Lisa Gjessing still out with injury, the division now has two undefeated fighters.

Li is next due to fight at the Oceania Open beginning on June 28, while Gjessing is hoping to be back in time for October’s European Championships.

Medell won 27-10 in the final to gain some retribution after he fell to Mikulic in the Pan Am final last year.

France’s Bopha Kong, meanwhile, continues to dominate in the men’s under-61 kg K43, as he won his 11th consecutive tournament.

One of the most impressive victories in Portland went to Spain’s Aythami Santana Santana in the men’s under-61 kg K44.