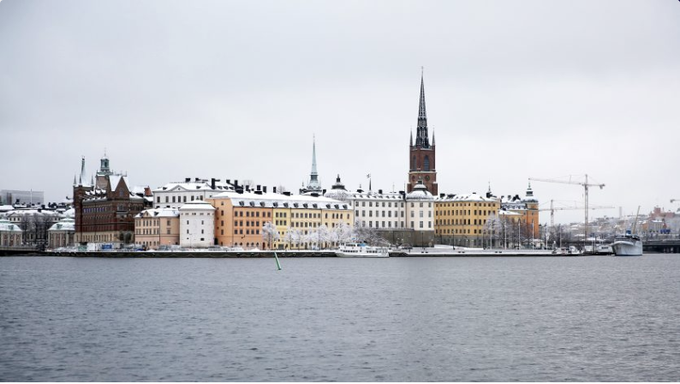 A new poll commissioned in Sweden has seen a gentle rise in public support for the Stockholm Åre bid for the 2026 Winter Olympic and Paralympic Games prior to the vote at the International Olympic Committee (IOC) Session here next week.

The survey of 1,001 people found 63 per cent in favour when respondents were informed about "Agenda 2020 and New Norm-inspired sustainability safeguards embedded in the Games plan".

The poll found 11 per cent of those surveyed were against the bid, which will go up against a candidature from Milan Cortina at the Session on Monday (June 24).

Twenty-six per cent were neutral or did not know if they supported the candidacy.

The figures mark a boost for the Stockholm Åre bid after the Evaluation Commission report noted that 55 per cent were in favour in Sweden, with 54 per cent support in Stockholm and 59 per cent in Jämtland, where Åre is located.

This was lower than their rivals as the IOC opinion poll found 83 per cent support in Italy, 87 per cent in Milan, 81 per cent in Lombardy and 80 per cent in Veneto.

🗣 "Our vision is for Sweden’s first ever #WinterGames to be a climate-positive celebration giving more young people the inspiration & opportunity to participate in sport. I can think of no-one better to communicate that vision than our friend & team-mate Crown Princess Victoria” pic.twitter.com/niYE5Dd2Id

The IOC last week cast doubt on the strength of the guarantees for Stockholm Åre 2026 in a letter sent to the bidding committee and reported by Agence France-Presse.

Bid officials have since insisted they have rectified the issues and have "gone beyond what is expected".

They have also claimed support in Sweden is on the rise, which chief executive Richard Brisius believes is shown by the latest poll.

"From the beginning, the IOC made it clear to us that this is an opportunity to approach the Winter Games in a new way, and Stockholm Åre 2026 has embraced that opportunity," he said.

"We will celebrate the achievements of Olympians and Paralympians in a magical winter wonderland – all while supporting the priorities of Swedish citizens and communities.

"Only 11 per cent said that they are not in favour of the Games – and that shows the more Swedes know about the New Norm reforms, the more their passion for winter sports and Sweden’s first Winter Games will shine through.”

More than 80 members will vote in Monday's election.