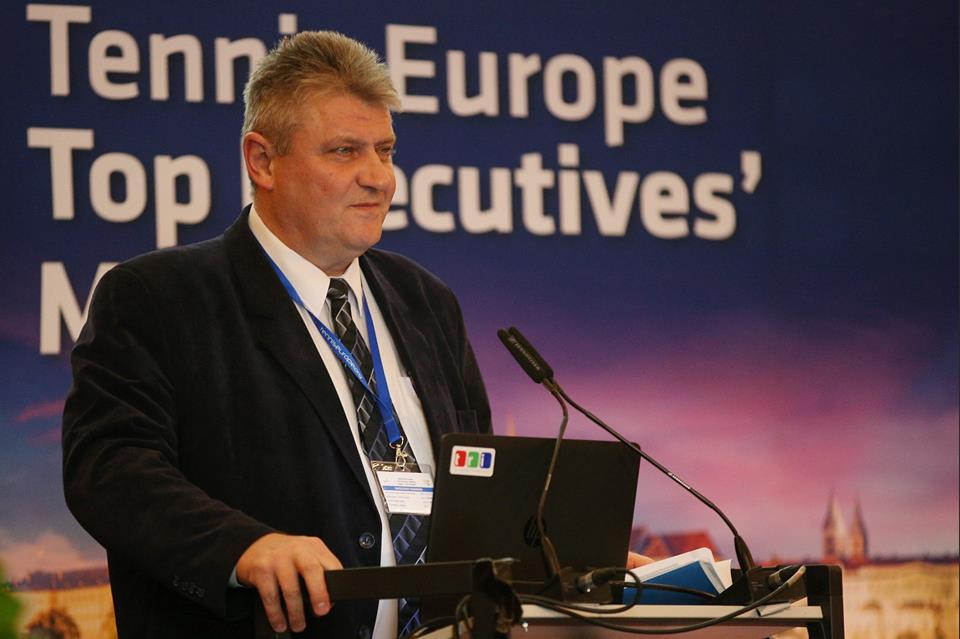 Czech Republic's Ivo Kaderka has become the latest candidate for the International Tennis Federation (ITF) Presidency to criticise the election rules as rival Dave Miley claimed he was the only contender told not to attend a regional meeting in Africa.

Kaderka, a vice-president of Tennis Europe, claimed the campaigning regulations installed by the ITF Ethics Commission give incumbent David Haggerty an advantage.

Haggerty was the only candidate permitted to attend the Confederation of African Tennis (CAT) General Assembly in Madagascar earlier this month.

The American was at the meeting in his capacity as ITF President.

insidethegames understands the ITF Ethics Commission cleared Haggerty of any rule breaches after they looked into his attendance to ensure he did not conduct any formal campaigning.

In a letter sent to the Ethics Commission by Miley, seen by insidethegames, the Irishman claims neither Kaderka nor India's Anil Khanna, the other contender in the running, were informed they were not allowed to travel to the CAT General Assembly.

The former executive director of tennis development at the ITF insisted the Ethics Commission had written in a previous letter that all three challengers to Haggerty had been told they could not attend the meeting.

"I have been made aware that neither Mr Khanna nor Mr Kaderka were written to by CAT to say that they could not attend the AGM,"he wrote.

"Your letter indicated that CAT informed all of the candidates."

Kaderka confirmed to insidethegames that he had not been given the same notice by the CAT.

"I did not intend to attend the CAT AGM but was informed of what happened to other candidates," he said.

"The President of the ITF attended and was able to promote his action and results to the African delegates.

"But no-one is fooled.

"This situation gives him an advantage over his competitors of which I am a part.

"I know that the ITF has edited a code of conduct that favours the current President."

In a statement, the ITF Ethics Commission moved to clarify the rules regarding attendance from candidates at meetings of regional bodies.

The panel said it was up to the regional associations to decide if those in the running for the Presidency could be present.

Candidates "are allowed to participate in regional AGMs to campaign, so long as all other candidates have been given equal opportunity to participate", the rules state.

"The Ethics Commission cannot compel any Regional Association to invite candidates to an AGM - it can only require that if one Candidate is invited for the sole or main purpose of campaigning, then all other candidates must be given equal opportunity to attend," the statement added.

The vote is due to be held at the ITF AGM in Lisbon on September 27.