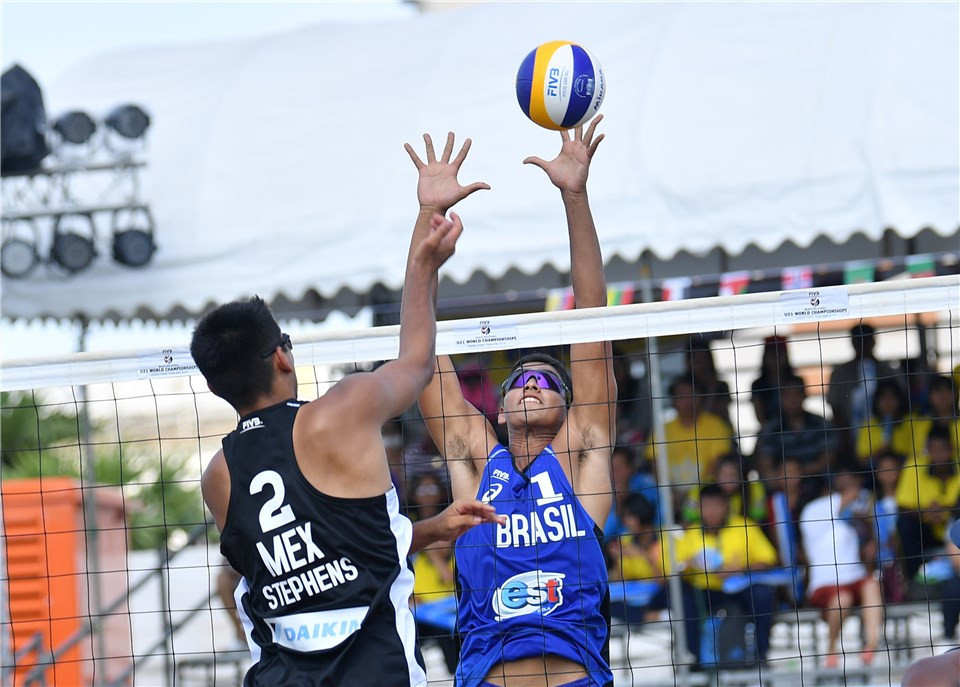 Pairs from Brazil and Italy will contest the final of the International Volleyball Federation men's Beach Volleyball Under-21 World Championships in Udon Thani, Thailand.

The Mexican pair held off a Brazilian fightback to win the first set 21-19, before the siblings turned on the afterburners in the second, which went from 9-9 to 21-14 in favour of the Brazilians.

The deciding set was similarly tight at 8-8, before four successive points including two errors from Sarabia gave Renato and Rafael an advantage they never gave up, winning the third 15-11.

“It was very emotional and my brother helped me so much on this," Renato said.

“I want to thank him for being the best.

"I am very happy that we are going to the final.

“The key to this win is our focus and calmness, we kept it together in difficult situations.”

They will face Italy’s Jakob Windisch and Alberto Di Silvestre, after they defeated Russia’s Vasiili Ivanov and Sergey Gorbenko in straight sets, 21-18, 21-16.

“We came out stronger because served well, defended well and blocked well.

"Our side-out game was great and that gave us the break to win the match.”

“This match was very difficult because our opponents had the support of the crowd," Lopes Pereira said.

“Thailand were very good and they had a very tall player who made it difficult for us to attack.

"We had to put a lot of dedication in each play for our side to win the match.”