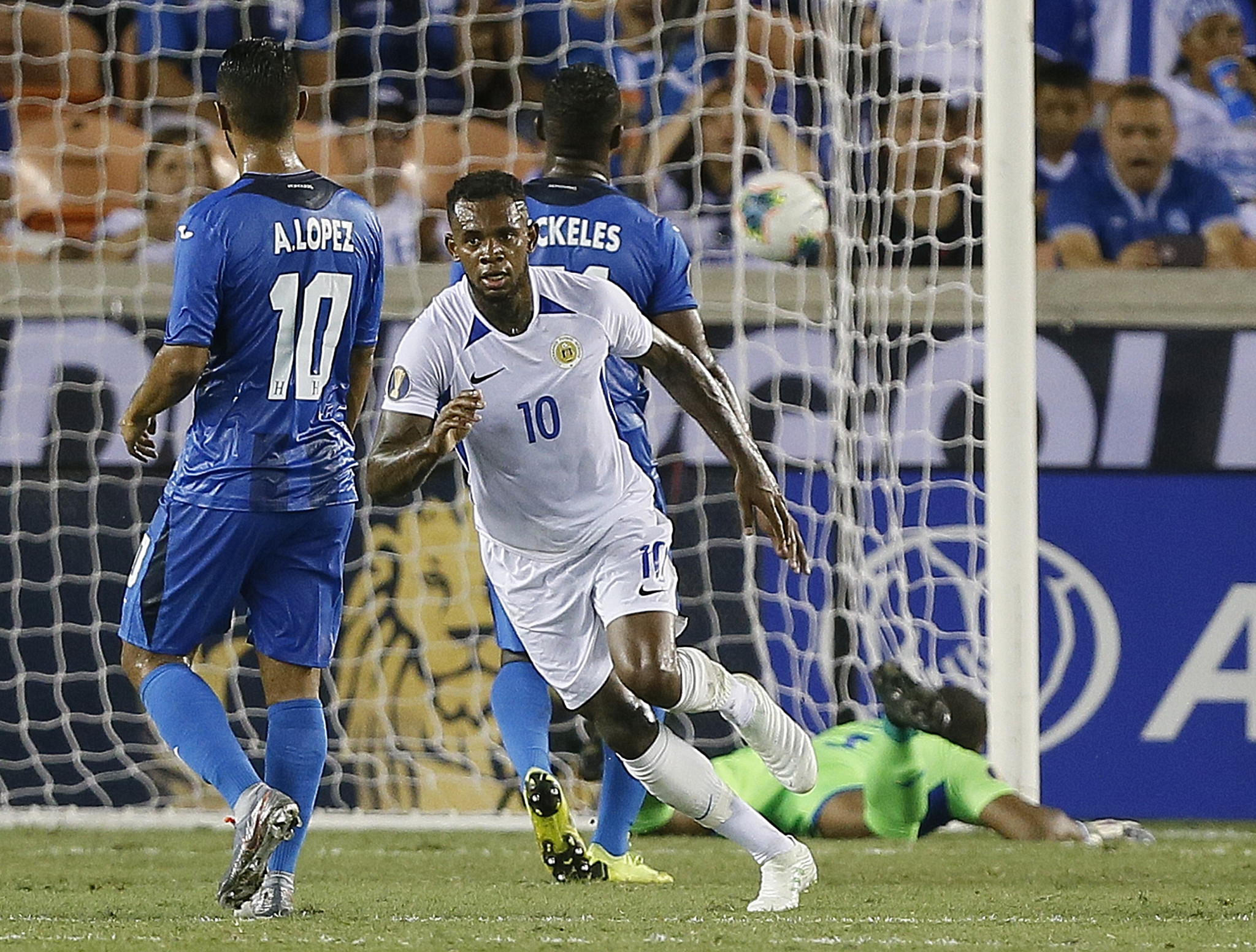 Curaçao celebrated a maiden victory at the Confederation of North, Central American and Caribbean Association Football Gold Cup with a narrow win over Honduras.

Honduras made a bright start to the Group C clash at BBVA Stadium in Houston, forward Antony Lozano hitting the post in the 10th minute.

Curaçao were indebted to goalkeeper Eloy Room for making nine first-half saves and five minutes before the break, Leandro Bacuna scored their first goal at a Gold Cup.

The midfielder, who plays for Cardiff City, fired into the bottom corner of the net after being found by a Gevaro Nepomuceno cross.

Honduran frustration continued with Rubilio Castillo hitting the post at the start of the second half, before seeing another effort ruled out for offside.

Curaçao held on to condemn Honduras to elimination from the competition.

The early exit continues to highlight Honduras’ recent decline, with the nation having failed to progress from the group stage in two of the past three editions of the event.

If followed a run of three consecutive semi-final appearances between 2009 and 2013.

Curaçao’s victory kept alive their hopes of a place in the knockout stages, although they are a point outside the qualification spots after Jamaica and El Salvador drew today.

The group leaders played out a goalless draw at BBVA Stadium.

Jamaica will face Curaçao in their final Group C match, while El Salvador will meet Honduras.

Hosts United States will play their second Group D match tomorrow when they take on Trinidad and Tobago, while Panama face Guyana.