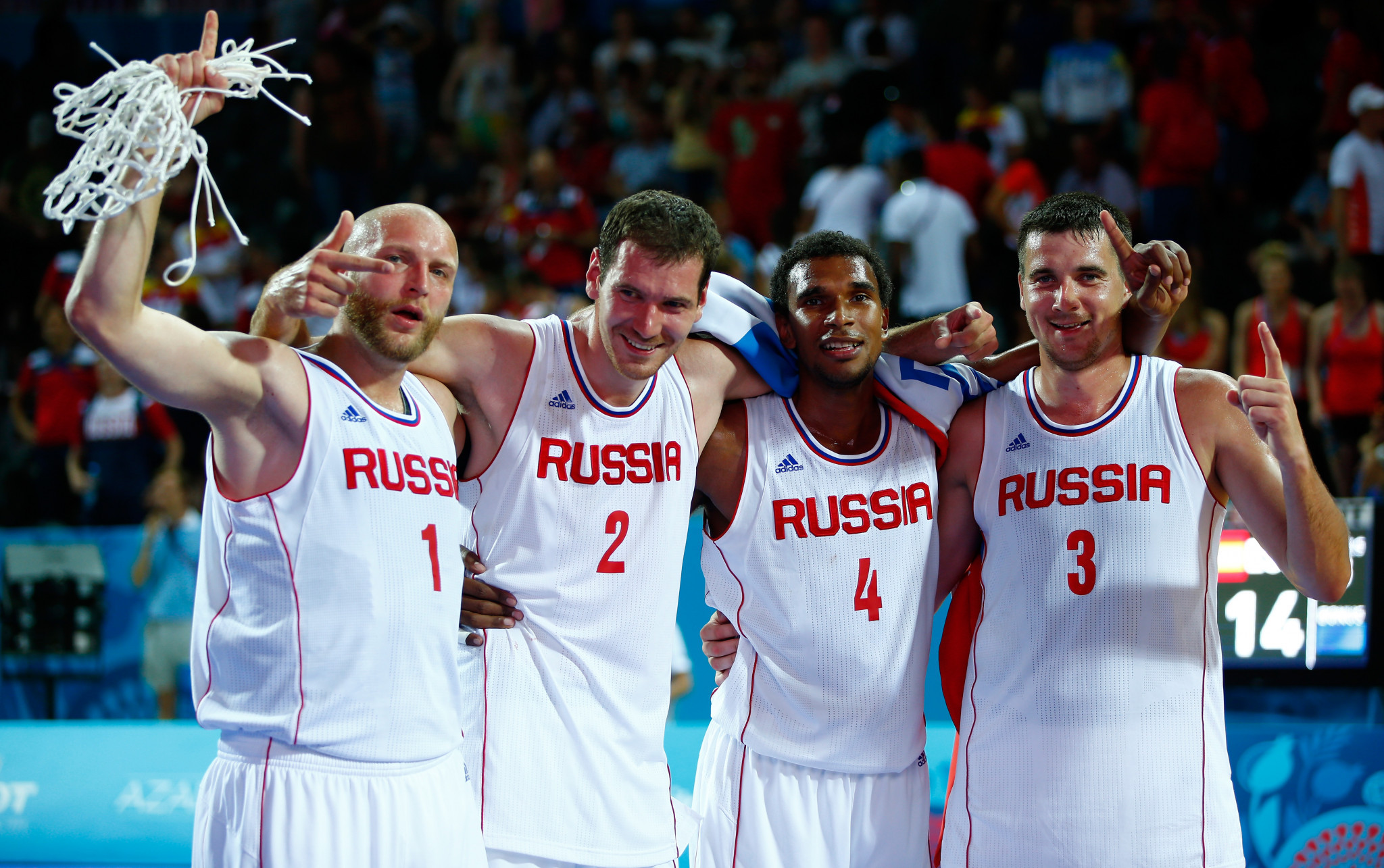 The men's team opened their account in Group B with a 22-15 victory over Italy at Palova Arena, while Ukraine lost 18-14 to France.

Group A saw Serbia overwhelm Andorra 22-8, with Poland looking comfortable in a 21-9 victory against Romania.

Hosts Belarus delighted the home support after winning 15-10 against Slovenia in Group C, which also saw Lithuania dominate against Estonia to triumph 21-13.

In Group D, Czech Republic battled to an 18-16 win against the Netherlands, while Latvia easily beat Turkey 22-10.

The Russian women's side recorded a 15-9 victory against Serbia in Group A, which was followed by more joy for the Belarusian crowd as the hosts eased past Italy 21-7.

In Group B, Germany won 21-8 against Romania and Czech Republic squeezed past Hungary 20-19.

France defeated Andorra 20-9 and the Netherlands saw off Switzerland 18-14 in Group C, with Spain overcoming Estonia 15-13 and Ukraine prevailing 14-8 against Latvia in Group D.

The European Games are considered an important event for 3x3 basketball players, with the sport making its Olympic debut next summer at the Tokyo 2020 Games.

At the Olympic Sports Complex, the archery qualifying rounds got under way, with the expected stars dominating.

Mike Schloesser of the Netherlands, the 2013 men’s individual compound world champion, finished second in the rankings of the same discipline with 707 points.

Ksenia Perova, who won a team silver with Russia at Rio 2016, also recorded a second-place ranking in the women's individual recurve with 662.

World junior silver medallist Mete Gazoz was the best in the men's individual recurve, achieving a score of 685.

Pierre Pihon of France was one point behind, while Sjef Van Den Berg of the Netherlands, who won individual silver and team bronze at the Baku 2015 Games, was third on 679.

Archery continues tomorrow with the medal events in the men and women's team recurve.

The first day of action here also saw a number of boxers battle it out in the preliminary rounds at Uruchie Sports Palace.

The majority of boxers had received byes into the next round, however, with the round of 16 set to begin tomorrow.

Six sports, other than archery, will award medals tomorrow.

They include acrobatic and rhythmic gymnastics, road cycling, judo, sambo and shooting.