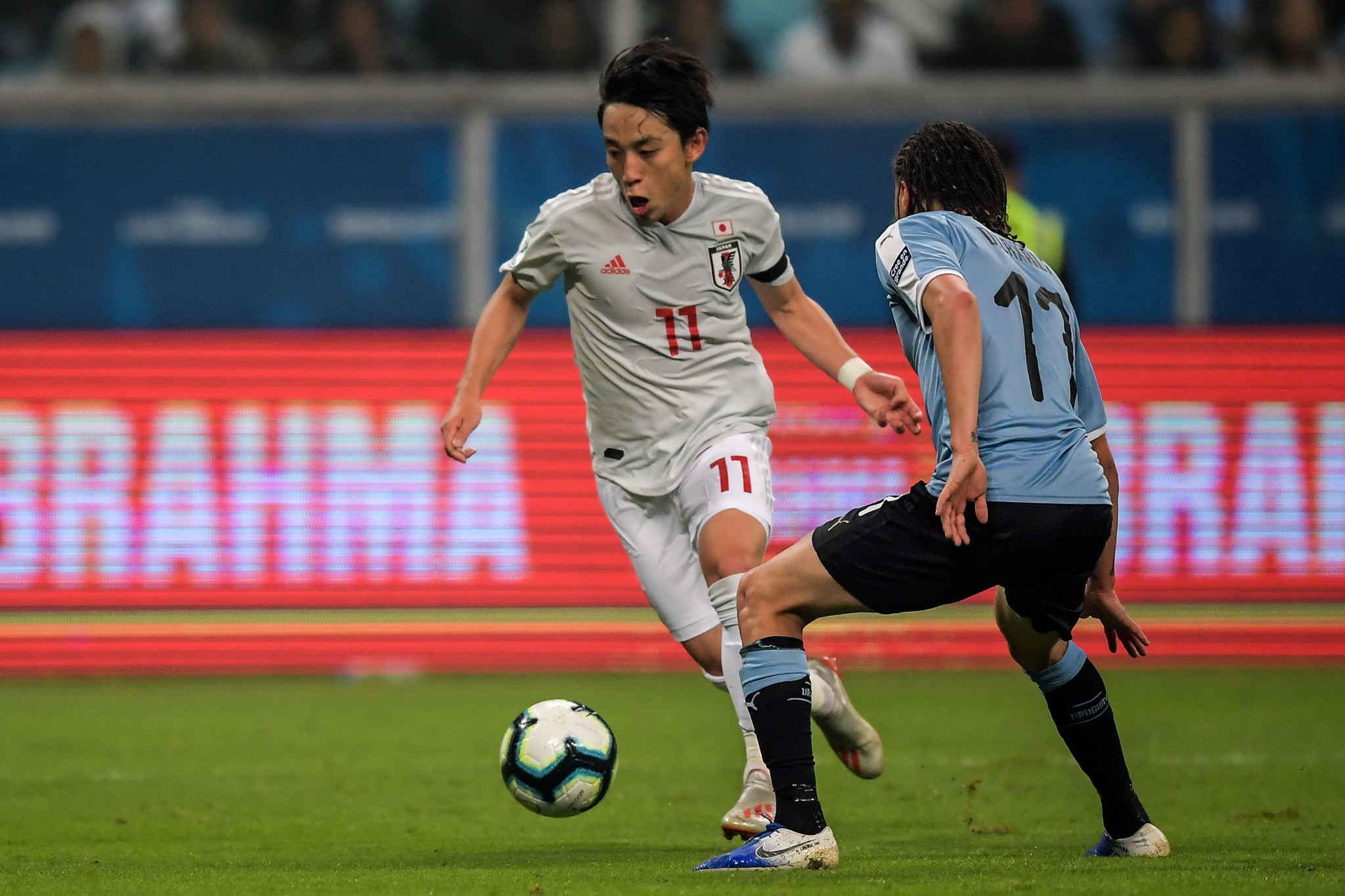 Japan responded to their crushing defeat to Chile with a 2-2 draw against Uruguay at the Copa América in Brazil – a game in which they twice held the lead.

Miyoshi restored the Asian team's advantage in the second half but Jose Gimenez salvaged a point for the 2011 winners at Arena do Grêmio in Porto Alegre.

The result kept alive Japan's hopes of reaching the quarter-finals and meant Uruguay missed their chance to secure a spot in the last eight.

Japan take on Ecuador in their last Group C game, while Uruguay clash with Chile.

"This draw will help us grow because Uruguay is one of the top teams in international football," said Japan coach Hajime Moriyasu.

"This point will help us develop and boost our confidence."

Miyoshi gave Japan, beaten 4-0 by Chile in their opening match, the perfect start as he rifled home from a tight angle 25 minutes in.

Uruguay were then awarded a controversial penalty when Naomichi Ueda was judged to have fouled Edinson Cavani in the box.

Replays showed there had been contact between the players and Cavani had appeared to kick Ueda but the decision went in favour of the 15-times Copa América champions.

Suarez stepped up to convert the penalty to restore parity for Uruguay, who again fell behind a minute before the hour mark when Miyoshi scored Japan's second.

But their lead was short-lived as José Giménez equalised with a header.