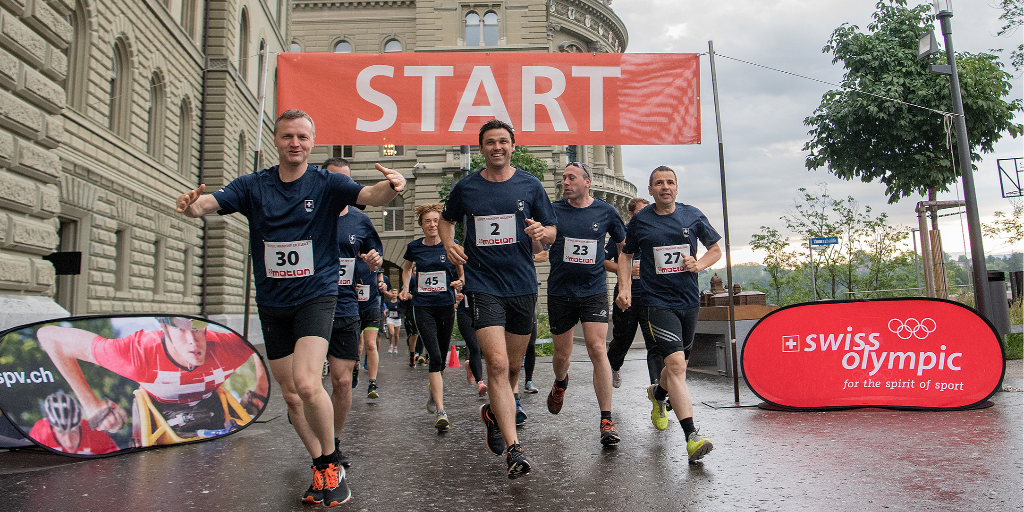 The 18th annual Parlamotion race, in which members of the Swiss Parliament complete a run around the Bundeshaus, has taken place in Bern.

Some 31 Parliamentarians from five political groups made an early start today, beginning their run at 6.30am.

The politicians covered 101.1 kilometres, whether running, walking, or completing the course in a wheelchair, all before the day's debates.

The event was organised together with Swiss Olympic, the National Olympic Committee of Switzerland, to promote the values of exercise.

Viola Amherd, head of the Department of Defence, Civil Protection and Sports, started the run.

However Amherd, the first woman to hold the position of the head of Swiss defence, did not take part as she is in training for a Nordic walking event and did not want to disrupt her training schedule.

She said: "As Federal Councillor, my session schedule has changed a bit and I have an appointment right now.

"Pity, because at Parlamotion, there is always great comradeship."

Matthias Aebischer, President of the Parliamentary Sports Group, was also delighted with the sporting commitment of his fellow Parliamentarians.

He said: "In our stressful job, sport is indispensable.

"It's especially nice when running that there are no party lines."