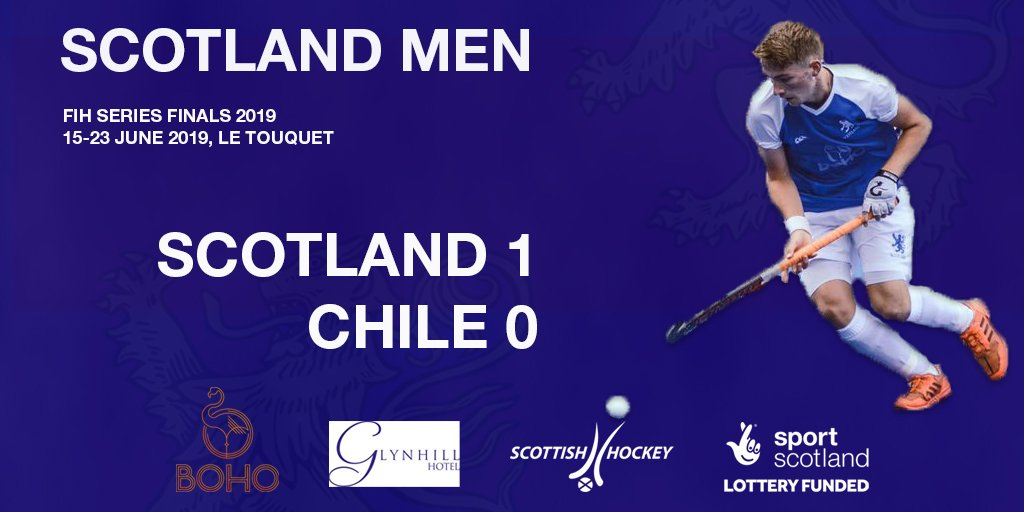 Scotland progressed to the last four of the International Hockey Federation Men's Series Finals by edging Chile in Le Touquet.

The crossover match, effectively a quarter-final, came after the conclusion of the pool stage on Tuesday (June 18).

Scotland had finished as the runners-up in Pool A and began the match as favourites with Chile having ended third in Pool B.

Neither side could be separated during the first half at the Stade Eric Choteau, with the two teams seeking to make a breakthrough.

Cameron Golden found the net for Scotland during the third quarter of the tie, firing an effort into the top left corner of the goal.

The effort would prove enough to take Scotland into the last four of the competition as they completed a 1-0 victory.

#FIHSeriesFinals
Congratulation to Scotland who just qualified for the Semi-finals happening on Saturday! @ScottishHockey wins 1-0 against Chile in today's first quarter finals!#RoadToTokyo pic.twitter.com/umbD3vZu4J

Scotland will now face France in the semi-final stage of the competition, with the hosts having topped the Pool B standings.

Egypt and South Korea went head-to-head later in the second of the crossover matches.

South Korean won 3-0 on penalties to set up a clash with Ireland in the semi-finals.

The two finalists in Le Touquet progress to the next stage of Olympic qualifying.

Ukraine and Singapore – who both conceded 19 goals in their three group fixtures – will meet in the seventh-place match on Friday (June 21).