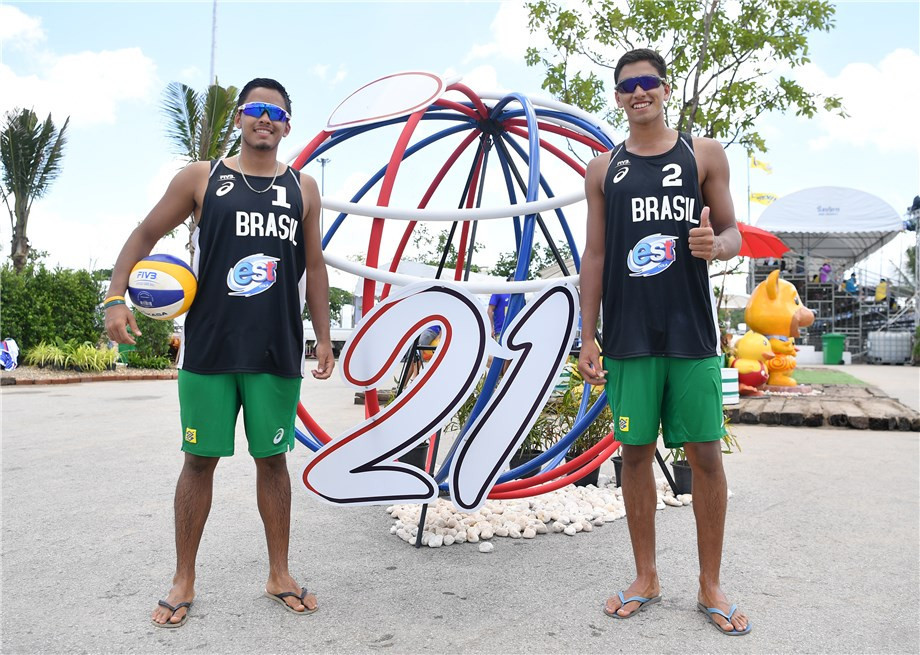 The siblings defeated Chile's Martin Iglesias and Vicente Orlando Dorguett 21-13, 21-15 to maintain their 100 per cent record at the tournament in Thailand and win Pool B.

All eight of the pool winners advance straight into the last 16 with duos ending in second or third facing an extra match tomorrow for the right to join them.

"We started playing beach volleyball when we were nine years old," Rafael said.

"Our mother and our older brothers played beach volleyball.

"They influenced us to play.

"So we tried it and day-by-day we fell in love with it.

Other group winners at Thung Si Mueang included Americans Timothy Brewster and Adam Wienckowski who battled back from a set down to beat Kazakhstan's Nurdos Aldash and Abdulmajid Mokhammad 18-21, 21-11, 15-13.

The clash was a straight shoot-out to decide who won Pool F and it was the Americans who came out on top to earn the extra rest.

"The win against Kazakhstan was great for us because it means that we won our pool and we get a bye tomorrow," Brewster said.

In the women's tournament today the second round of group matches were played.

There was home joy as Yodsaphat Pakham and Chanthira Khanok of Thailand made it two wins from two in Pool H by beating Chinese Taipei's Kung Shih-Wen and Yeh Hsuan-Tsen 21-12, 21-17.

In Pool A there was a second win for Mexicans Silvia Emily Hedrick and Estefania Elizabeth Ibarra who beat Germany's Hanna Ziemer and Hanna-Marie Schieder 21-18, 22-20.

The women's pool stage will conclude tomorrow and will be followed by their play-off games for pairs finishing second and third.

The men's play-offs and last 16 will also be contested.