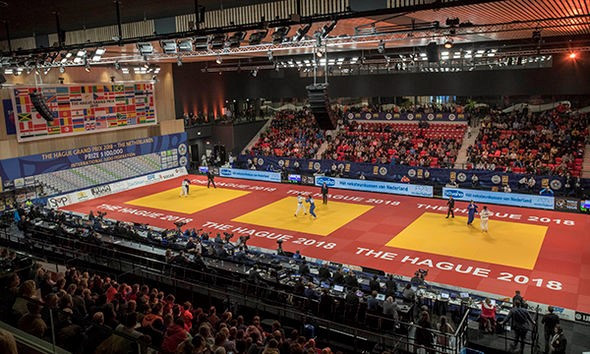 The 2019 and 2020 editions of the International Judo Federation (IJF) Grand Prix in The Hague have been cancelled, it has been announced.

The Netherlands' premier judo event, launched in 2017, was due to take place this year from November 15 to 17.

Dutch Judo Association President Felix Thieme put the decision down to a lack of funding for the event.

"It’s sad to conclude that the financial challenge is simply too big," he said.

"The Grand Prix doesn’t fit in the subsidy policy of the [Dutch] Ministry of Sports."

Thieme added: "Our judoka are among the absolute world's top in a highly-regarded Olympic sport that belongs to the Dutch focus sports.

"Moreover, the Grand Prix is a fully-fledged part of the Olympic qualification for Tokyo 2020.

"All the ingredients are there for a top event in The Netherlands, but we couldn’t get the finances for another edition."

Ukraine and Russia topped the medal standings at the 2018 edition of the IJF Grand Prix in The Hague, claiming two golds each at Sportcampus Zuiderpark.

The IJF recently added a new Grand Slam to its calendar with a return to the World Tour for Brazil.

The South American country is scheduled to host its comeback event in Brasilia from October 6 to 8.