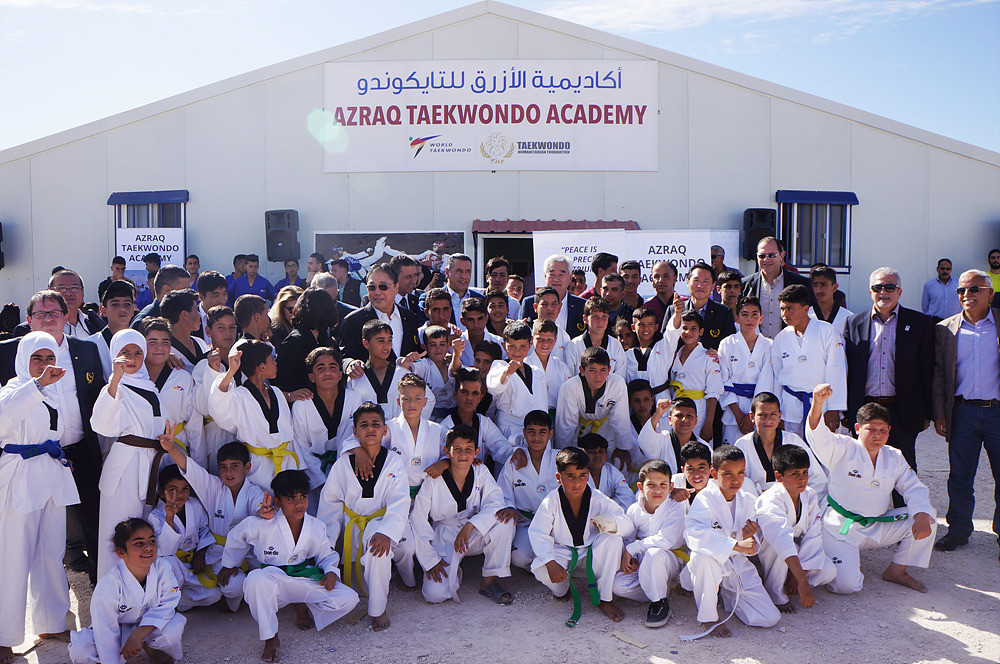 World Taekwondo has marked World Refugees Day today by "reinforcing" its commitment to use sport to help vulnerable people across the world.

The governing body has already gained many plaudits for its Taekwondo Humanitarian Foundation (THF) which is based at the Azraq refugee camp in Jordan.

Announced by World Taekwondo President Chungwon Choue at the United Nations headquarters in New York City on the 2015 International Day of Peace, the THF aims to teach the sport and stage educational programmes with refugees and displaced people.

Youngsters training at the THF Academy at Azraq have earned black belts while World Taekwondo has also opened up the facility to other sports.

A fifth governing body is also set to sign-on this week.

"World Taekwondo today, on World Refugee Day, reinforced its commitment to using the power of sport to provide hope to those who need it most in refugee camps around the world," a statement from the governing body said.

"Under the leadership of President Chungwon Choue, World Taekwondo has made a significant contribution to supporting refugees, most notably through the Taekwondo Humanitarian Foundation.

"The THF was established in 2016 with the objective of empowering refugees through taekwondo.

"The sport can be practiced with little to no equipment and so can be deployed anywhere.

"Not only does the THF keep young refugees healthy and active but through taekwondo it also teaches self-discipline, understanding and respect – qualities which will shape these young people into becoming good global citizens.

"The THF currently has projects in several countries in the world, with the flagship Humanitarian Taekwondo Centre in Azraq Refugee Camp, Jordan.

"Among the students who train there twice a week, six boys and two girls have obtained their black belt.

"And the number of students is constantly growing.

"World Taekwondo's commitment to supporting refugees was also evident at this year's World Taekwondo Championships at which there was a refugee team for the first time.

World Refugee Day is held on June 20 every year.