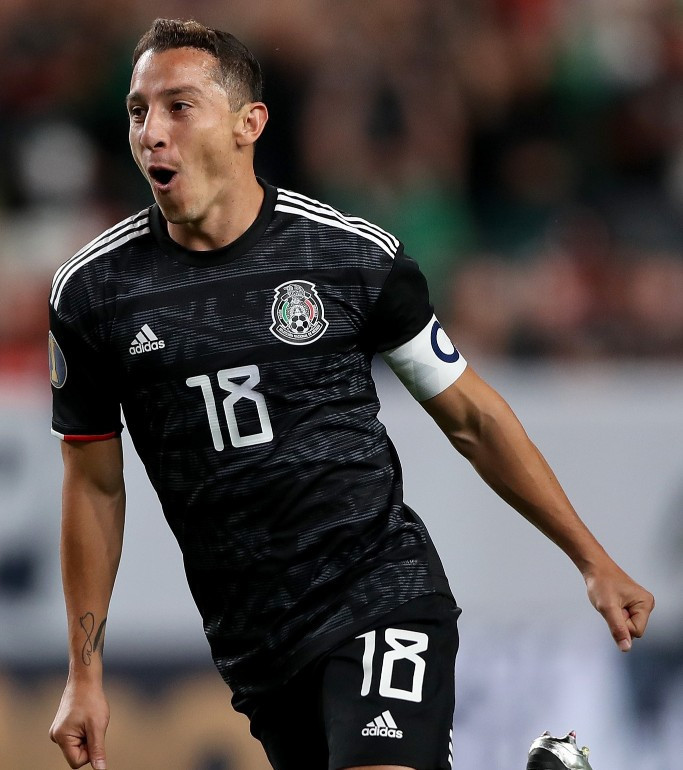 Andres Guardado scored a history-making brace as Mexico beat Canada 3-1 to make it two victories from two at the Confederation of North, Central American and Caribbean Association Football Gold Cup.

Both sides won their opening games comfortably but it was the Mexicans who kept their unbeaten start alive at Mile High Stadium in Denver.

Roberto Alvarado pounced on a blocked shot to fire home their first after 41 minutes as Mexico continued their bid for a record eighth title.

Guardado's left-footed strike made it 2-0 with 54 minutes played before Lucas Cavallini's calm finish gave Canada hope with a quarter-of-an-hour remaining.

Their foothold lasted for just two minutes as Guardado fired in off the post to restore his side's daylight.

His two goals mean he now shares the Mexican goalscoring record for the Gold Cup as he has moved level with Luis Roberto Alves on 12.

In the other Group B game in Denver, Martinique bounced back from their opening 4-0 defeat to the Canadians by beating Cuba 3-0.

Joris Marveaux headed home from a corner in the last minute of the first half to give his side the advantage before Kevin Parsemain failed from the penalty spot as he tried to double the lead with 58 played.

There was a familiar feeling on 70 minutes, however, when Stephane Abaul headed home a corner of his own to put Martinique 2-0 up.

Extra shine was added to the score when a neat back-heel from Parsemain allowed Kevin Fortune to stroke home number three.

The result means Cuba, who were thrashed 7-0 by Mexico in their first match, are still awaiting their first points and goal at the Gold Cup.

Martinique have moved level with Canada on three points but have Mexico to come, while the Canadians will fancy their chances of ending the group stage strongly against Cuba.

The top-two teams in each group will reach the quarter-finals at the tournament in the United States.

Tomorrow sees the second matches in Group B.