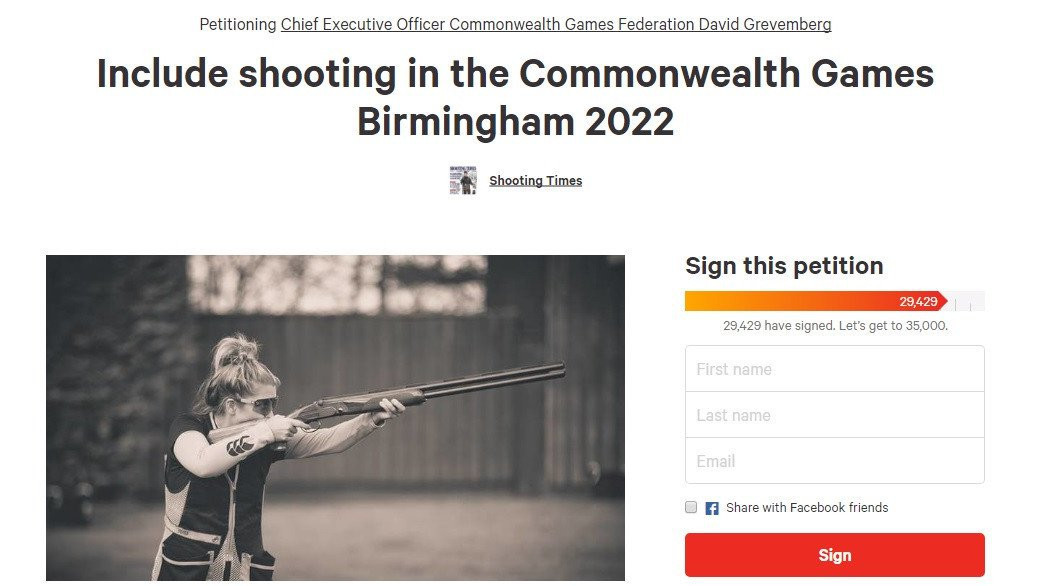 Shooting will tomorrow be told that its campaign to be added to the programme for the 2022 Commonwealth Games in Birmingham has failed, but women's cricket, beach volleyball and Para-table tennis are set to be included.

There is also set to be disappointment for archery, whose bid is also expected to be rejected by the Commonwealth Games Federation (CGF) Executive Board when it starts two days of meetings here.

Shooting and archery were among five sports that had applied to Birmingham 2022 to join the programme, but both are set to be overlooked.

A delegation from Birmingham 2022, led by chief executive Ian Reid, is due to make its recommendation to the CGF Executive Board at 9am here tomorrow.

It is expected that the CGF Executive Board will endorse the recommendation and the decision is due to be officially announced at a press conference tomorrow afternoon.

He had flown personally to Birmingham last December to present his sport's case.

Our @thecgf Executive Board Meeting is now underway in Birmingham with some big decisions to be made this week... pic.twitter.com/QHN5pwUwFp

Shooting was originally not included by Birmingham 2022 after organisers cited a lack of a suitable venue nearby.

The decision sparked controversy and a furious response from the shooting world as the sport has featured at every Commonwealth Games since Kingston 1966, with the exception of Edinburgh 1970.

Shooting has also traditionally been a leading source of medals for a number of Commonwealth countries, including India, Bangladesh and Cyprus.

Bisley in Surrey – which was used for the 2002 Commonwealth Games in Manchester – had been proposed by the ISSF as a possible venue, but this plan is set to be turned down by the CGF Executive Board.

The decision to include women's cricket will be a popular one.

International Cricket Council chief executive David Richardson had claimed Birmingham was the "perfect place" for women's cricket to make its debut on the Commonwealth Games programme.

The medals matches are likely be held at Edgbaston Cricket Ground, considered among the best in the country and one which is a regular host of top-level England men's and women's games, with local grounds staging other fixtures – helping Birmingham 2022 spread the event around the West Midlands.

The men's game had not bid for inclusion at Birmingham 2022 because of the congested international calendar and opposition from the Board of Control for Cricket in India.

Beach volleyball will be making its second appearance on the Commonwealth Games programme following its successful debut at Gold Coast 2018 when Australia's Christopher McHugh and Damien Schumann won the men's tournament and Canada's Melissa Humana-Paredes and Sarah Pavan the women's.

The inclusion of Para-table tennis will help boost the number of disability events at Birmingham 2022 following the success of Gold Coast 2018 where more than 300 Para-athletes took part – a record figure.

The other main decision due to be discussed at the CGF Executive Board meeting is to choose a new host for the 2021 Commonwealth Youth Games following the decision last year to strip Belfast of the event due to the political deadlock in Northern Ireland.

Gibraltar and Trinidad and Tobago have both submitted bids.

They are each due to make presentations to the CGF Executive Board tomorrow before a decision is announced on Friday (June 21).