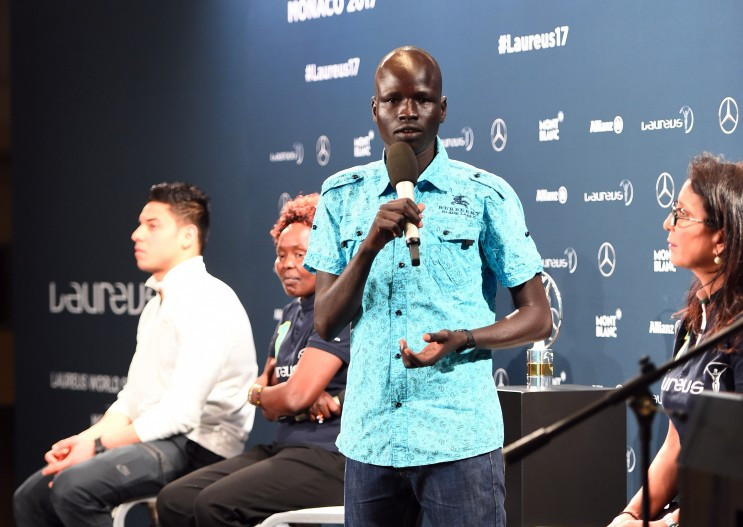 Middle-distance runner Yiech Pur Biel has said that appearing for the Refugee Olympic Team at Rio 2016 "changed his life".

The 24-year-old, who was born in South Sudan, was one of 10 athletes to compete in the inaugural team at the Brazilian Games.

He has now become a Board member of the Olympic Refuge Foundation (ORF), set-up in 2017 by the International Olympic Committee (IOC) to build-on the attention and goodwill experienced by the Rio athletes.

The Foundation uses sport to support refugees across the world with a focus on protecting, developing and empowering children and youth in vulnerable situations.

Biel fled from civil war in 2005 before living in the Kakuma refugee camp in Kenya for 10 years.

"Joining the first Refugee Olympic Team at Rio 2016 changed my life, and I am proud to see that it left a concrete legacy," he said, with today marking World Refugee Day.

"Through the Olympic Refuge Foundation, our aim is not creating champions, but working every day to improve the lives of young refugees through sport, creating safe environments where they can start building their future."

Future projects are planned in Bangladesh and Uganda with the IOC aiming to reach tens of thousands of children.

Work is carried out with local partners and the United Nations High Commissioner for Refugees (UNHCR).

In Jordan, the ORF is using sport to integrate the thousands of children who are in the country due to the Syrian conflict.

A multi-sport facility has been built in Kenya while a coalition including Turkey's Ministry of Youth and Sport and the Turkish Olympic Committee will see projects launched in five cities.

The IOC's work with UNHCR dates back to 1994 when initiatives were set-up in Mexico, Democratic Republic of Congo and Rwanda.

In April, the ORF agreed a new three-year partnership with global non-profit Generations For Peace.

The organisation was founded by Jordan's Prince Faisal bin Hussein, an IOC member, and is dedicated to sustainable peace-building and conflict transformation through sport, arts, advocacy, dialogue and empowerment.

The Refugee Olympic Team will also appear again at Tokyo 2020.