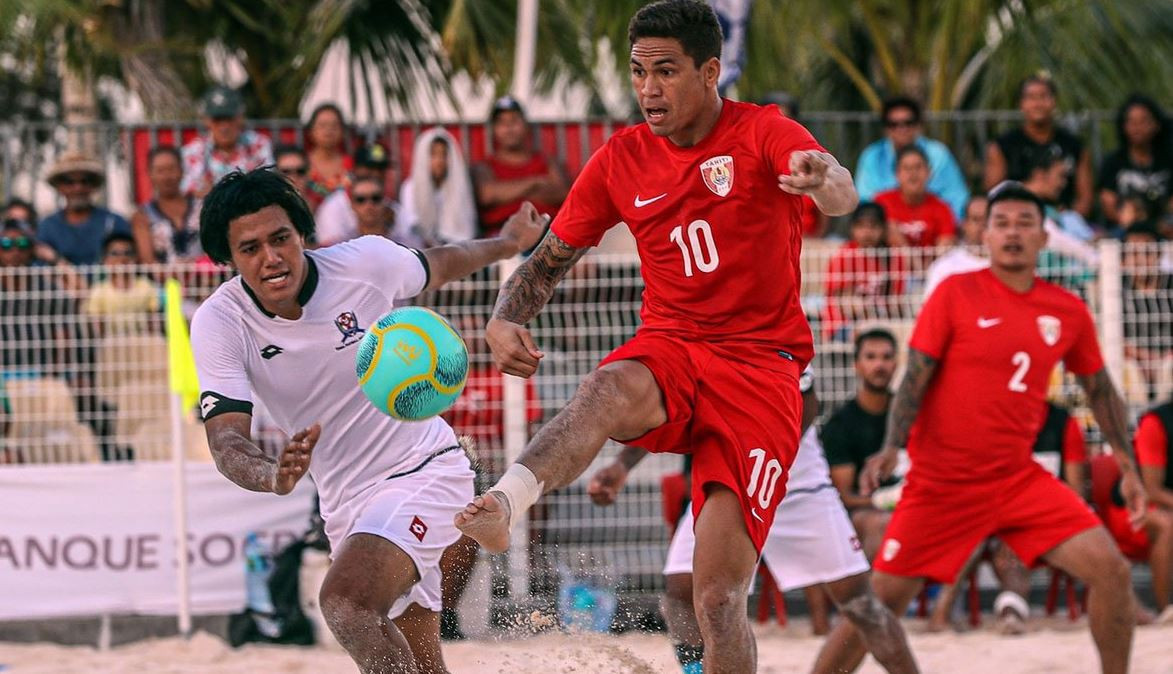 Tonga's debut in the Oceania Football Confederation Beach Soccer Nations Cup got off to the worst possible start as they surrendered to hosts Tahiti in a devastating 23-1 defeat.

In Aorai Tini Hau, Papeete, they could not keep up with the tenacity of their hosts who had opened their Nations Cup account with an 8-2 victory against Vanuatu.

Patrick Tepa set the tone for a record-breaking victory when he opened the scoring for Tahiti with a sensational volley from the kick off.

After five minutes the Tiki Toa led 4-0 with Raiomana Li Fung Kuee, Tepa and Teaonui Tehau getting on the scoresheet.

Tonga's moment on the sand came with their own slice of magic when Alimoni Kaufusi scored the Tau Tahi's first goal in international beach soccer.

An on-fire Tepa bagged another three goals in the second period as Labaste doubled up and Gervais Chan Kat chipped in with two to give Tahiti a 13-1 lead going into the final period.

A rampant Tiki Toa side put away another 10 goals, with a hat-trick from Angelo Tchen and two goals apiece for Heimanu Taiarui, Labaste and Li Fung Kee.

Chan Kat completed the scoring in the final seconds for a 23-1 lead as Tahiti secured a second straight victory.

In a tight affair the 2013 winners took a 1-0 lead into the final period after Roy Mafane netted to give Solomon Islands the edge.

Kevin Kiopala doubled the lead with a rebounded effort from the edge of the penalty area.

Vanuatu got back into the match moments later through Don Mansale but it was a short-lived reprieve as Max Fa'ari restored the Bilikiki's two-goal cushion.

A well-struck free kick from Ivong Wilson set up a grandstand finish as Vanuatu pressed for an equaliser but McPhillip Aisa made it 4-2 as Solomon Islands recorded a second successive group victory.