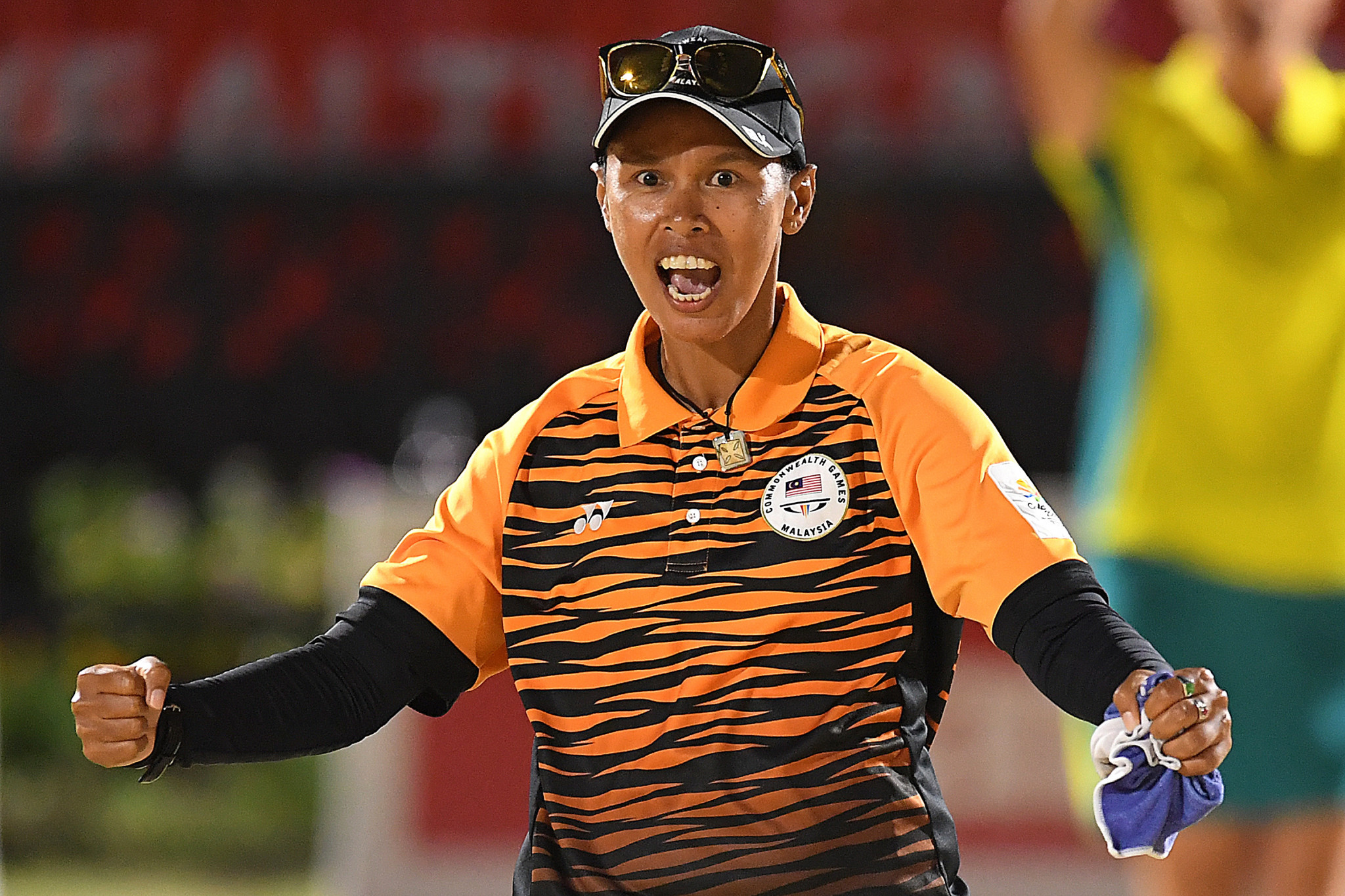 The Malaysian, a three-time Commonwealth Games gold medallist, registered a hat-trick of wins on day one yesterday and repeated the trick today to sit top of the section one leaderboard with a 100 per cent record.

She began with a 21-8 success over Catherine Wimp of Papua New Guinea before a 21-12 victory against Thailand's Patsorn Bryant.

Her third win was the closest contest as she saw off Australia's home hope Kelsey Cottrell 21-15.

Canada's Kelly McKerihen is the nearest challenger to Ahmad with five victories and one defeat with the pair due to collide tomorrow.

In section two, overnight leader Tammy Tham of Singapore has slipped to fourth after following her perfect record from yesterday with one victory and one defeat.

Tham, who also had a bye today, beat Japan's Keiko Kurohara 21-16 to maintain her strong start but then lost 21-3 to Hong Kong's Helen Cheung.

It means India's Tania Choudhury is the new section two leader with a perfect record from five matches.

In the men's pairs, New Zealand's Gary Lawson and Shannon McIlroy lead section one with five wins from five.

Section two is headed by Australia's Ray Pearse and Nathan Rice with four wins from five, although three other pairs have the same record.

Indians Naveet Rathi, Sunil Bahadur and Dinesh Kumar lead the men's triples section one with five wins from six, just in front of New Zealanders Mike Kernaghan, Jamie Hill and Ali Forsyth who have won all five of their matches.

In the women's fours, Australia's Lynsey Clarke, Carla Krizanic, Rebecca Van Asch and Natasha Scott sit on top of section one with four wins from as many outings.

Sectional action is due to continue in the 2018 Commonwealth Games host city tomorrow, leading up to the quarter-finals and semi-finals in the four categories underway on Friday (June 21).

The event is a qualifier for the 2020 World Bowls Championships, also taking place in Gold Coast.

Matches are being played across three venues – Club Helensvale and the Broadbeach and Musgrave Hill Bowls Clubs.