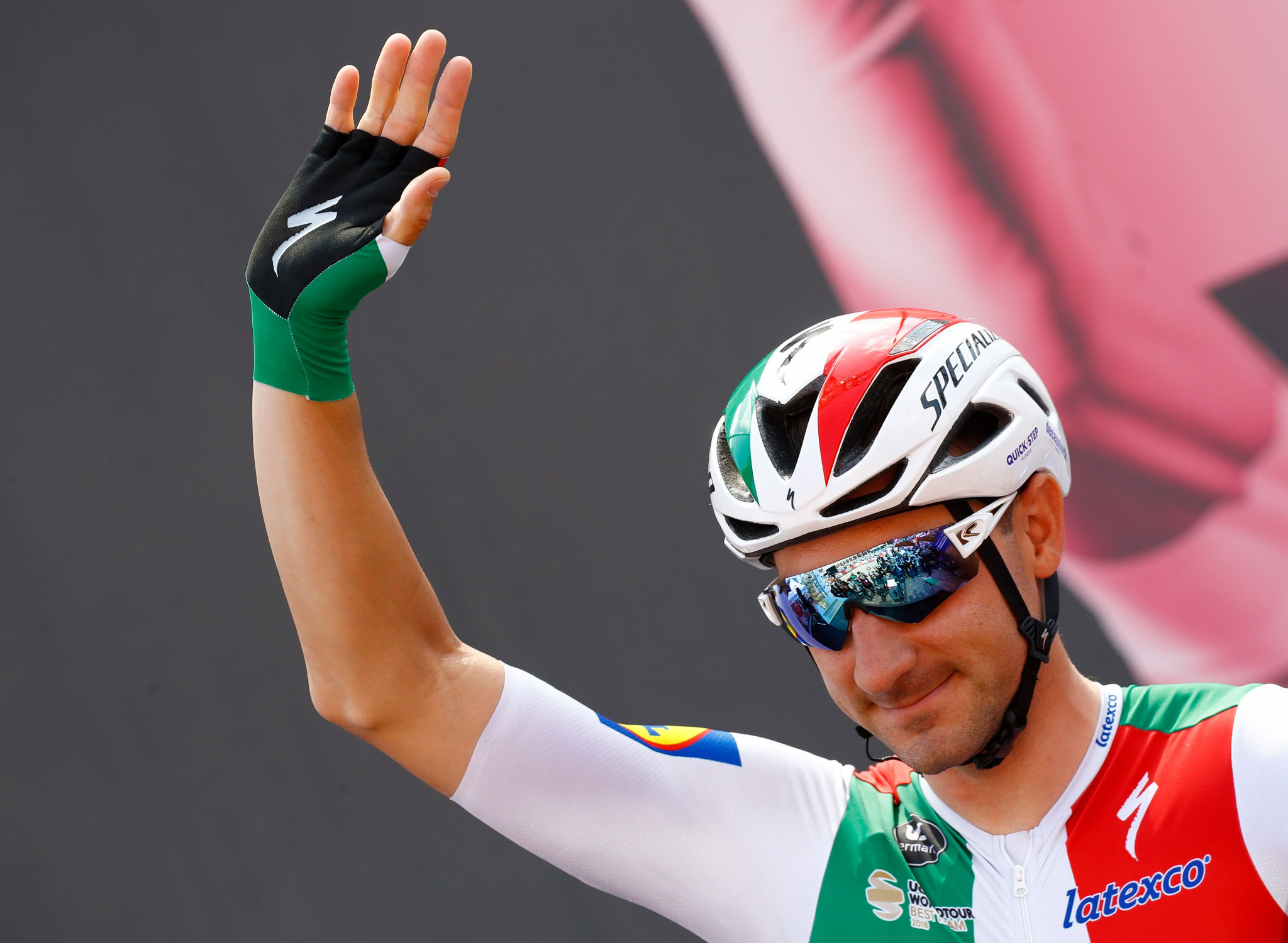 Italian Viviani finished second behind Slovakia's Sagan on stage three but made amends by hitting the front of the peleton with 1.3 kilometres to go and striking for home at the right time.

For Team Ineos rider Thomas, it was a day to forget as he was involved in a crash with Astana's Andrey Zeits from Kazakhstan.

Briton Thomas was taken to hospital to be checked over but Team Ineos chiefs said he had not appeared to be seriously injured.

Astana said Zeits had suffered a broken collarbone, while team mate Omar Fraile, who also fell during the stage, was able to continue.

A four-man break – United States rider Robin Carpenter of Rally UHC, CCC Team rider Simon Geschke of Germany, Switzerland's Gian Friesecke of Vorarlberg–Santic and Jumbo-Visma rider Taco van der Hoorn of the Netherlands – worked their way clear on the 163.6 kilometres stage from Murten to Arlesheim and, entering the final 100 kilometres, they had built a lead of three minutes 30 seconds.

The terrible bad luck continues for Team Ineos... Geraint Thomas just abandoned Tour de Suisse after a bad crash, hitting his head pretty hard. We must wait for the doctor's report but it appears that he didn't break any bones. 🙏 #TourdeSuisse pic.twitter.com/NL6dOzMFm3

As the race started to climb uphill, the gap over the peleton dropped to 2:30 with 50 kilometres to go.

The peleton was gaining ground on the leading group when Geschke and Friesecke made a bid for freedom 19 kilometres from home.

Geschke could not maintain the pace as Friesecke built a 50-second advantage but the peleton was going even quicker and both riders were swallowed up with 11 kilometres to go.

Several riders tried in vain to make an escape but Trek-Segafredo and Bora-Hansgrohe returned to the front heading into the final three kilometres.

Deceuninck-QuickStep found the front with 1.3 kilometres to go and although Sagan jumped on Viviani's wheel, he did not have the pace in the sprint.

In the general classification, Sagan remains at the front on 11:37:28 with Australia's Matthews moving up to second, some 10 seconds adrift.