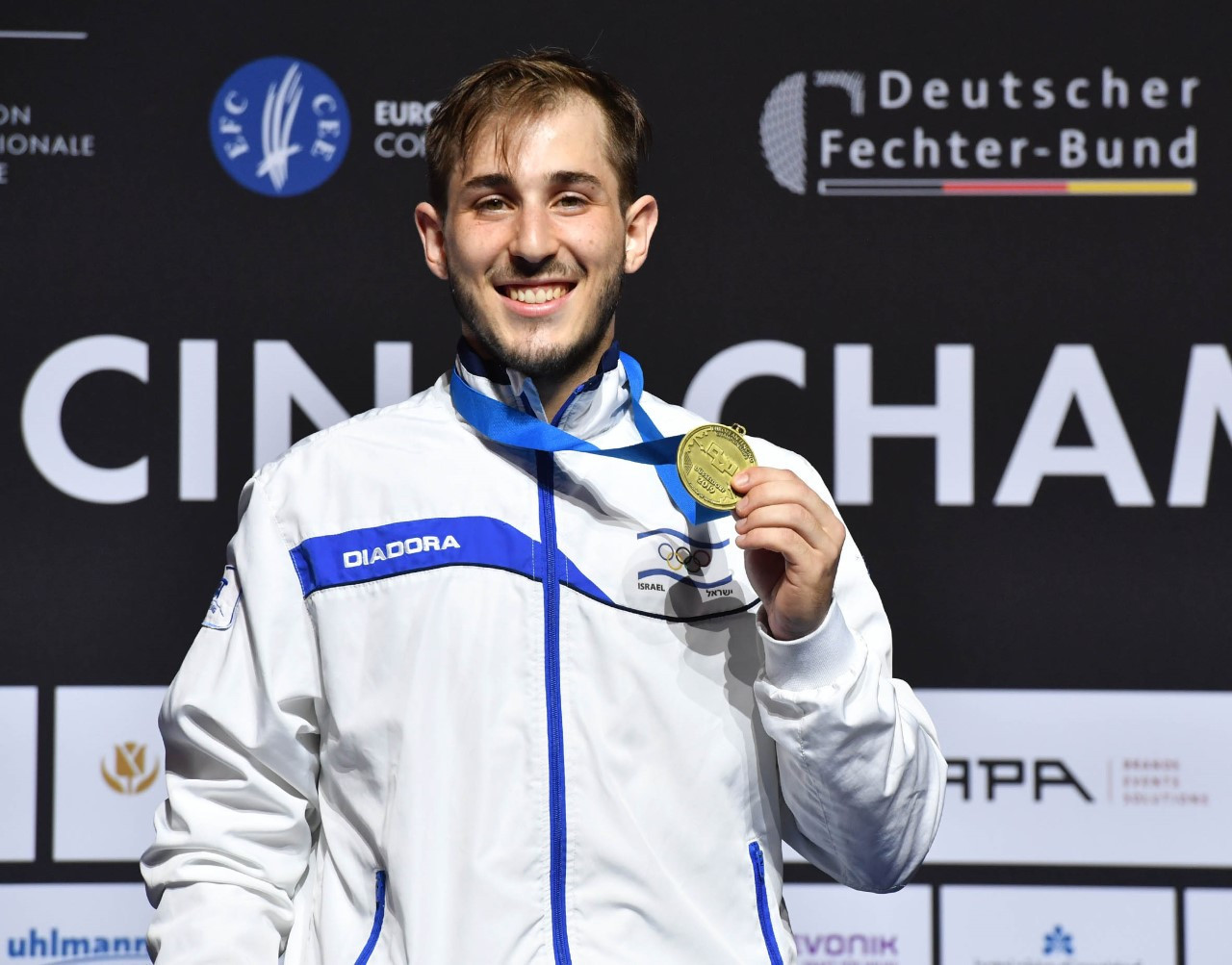 The men's competition at Messe Düsseldorf had been expected to be dominated by Yannick Borel of France, the reigning world and European champion and world number one.

However, Borel was beaten in the round-of-16 after a 15-14 defeat to Ukraine's Bogdan Nikishin.

Nikishin, the 39-year-old world number three, had only finished 22nd in the preliminary rankings which decide where fencers are placed in the knock-out draw, forcing an early meeting with Borel – and a major upset.

Indeed, it was a day of shocks in the épée as none of the four semi-finalists had won an major international medal in individual competition previously and none are ranked in the FIE top 10.

Nikishin was himself shocked by Freilich in the quarter-finals, 15-12, while world number 10 Yulen Pereira of Spain only qualified 67th and was beaten 15-10 by Italy's world number 12 Gabriele Cimini in the second round – who then lost to giant slayer Freilich, 15-12.

Freilich, a 24-year-old former junior European champion ranked number 40 in the world, proved equally adept in the role of favourite in the semi-finals as he beat the world number 92, the 37-year-old Jiří Beran of Czech Republic, 15-8.

In the final no-one could have predicted, Freilich marked himself as a man to watch ahead of Tokyo 2020 as he eased to victory, 15-9 over Santarelli.

It mean a first European fencing title for Israel.

"It's pretty crazy and I'm still trying to take it all in," he said.

"Everything connected for me today.

"After a hard start, things came together in the round-of-32.

"From then on I felt I fenced very well."

If the men's épée lacked international prestige at the semi-final stage, the women's foil more than made up for that with all four participants currently sitting in the FIE top 10.

Both women had imperiously made their way to the final as Deriglazova, ninth in the preliminaries, earned successive 15-6 victories in the last 16 and quarter-finals.

Di Francesca was sixth from the preliminaries and was similarly strong, beating Israel's Mary Dvorkin 15-4 in her first bout and going from there.

In the semis, Deriglazova won a battle of the world's top two as the second-ranked Russian defeated Italy's Alice Volpi – the reigning world champion and FIE number one – 15-11.

Di Francesca beat France's World Championship runner-up Ysaora Thibus in a close battle, 15-13, to set up what looked a mouthwatering clash with Deriglazova.

"It feels great," she said.

"My footwork has not been good since my comeback but I have worked hard with my trainer and now it's much better.

"I fenced really well all day.

"This was real fencing."

Tomorrow is the final day of individual competition and sees the men's sabre and women's épée contested.