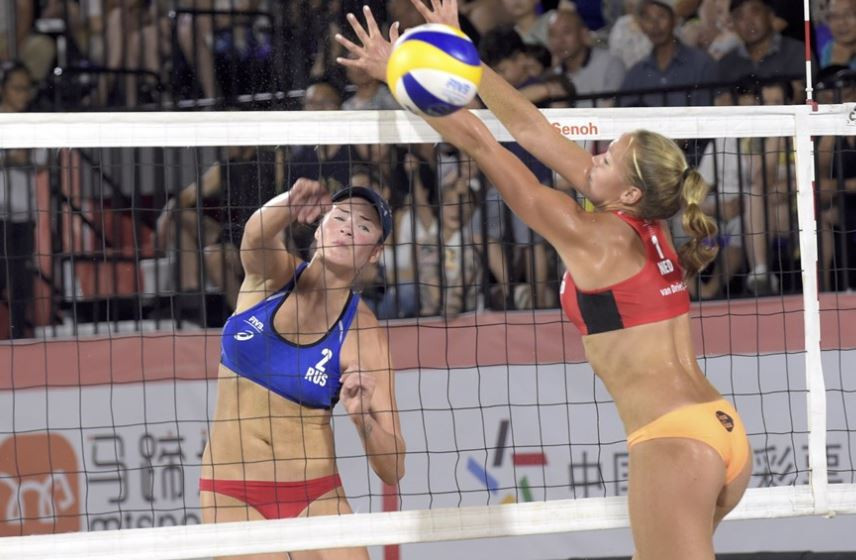 Germany will be represented by two more teams in the men's draw of the International Volleyball Federation (FIVB) Under-21 Beach Volleyball World Championships as qualifying was held in Udon Thani, Thailand.

Rudy Schneider and Dan John came through a challenging round two clash with M Alshibli and Almandhar of Oman to win 21-14, 15-21, 15-6 before seeing off Latvian duo Rinalds Aispurs and Ardis Bedritis 21-12, 21-19 to reach the main draw.

They are joined by compatriots Lukas Pfretzschner and Robin Sowa, who enjoyed a straight sets 21-17, 21-17 victory against Martin Melmuka and Frantisek Knobloch from Czech Republic.

Arwin Kopschar and Paul Pascariuc of Austria completed the men's draw with a 21-17, 21-17 victory against England's Javier and Joaquin Bello.

Canadians Iris Fletcher and Abbey Thorup did not drop a set as they won all of their matches, seeing off Mima Mirkovic and Caroline Schafer of the United States 21-16, 24-22 in round three.

YP Wang and H Xie of China faced two three-set matches but progressed from round three with a 13-21, 22-20, 15-7 win against Hungarians Orsolya Orban and Borbala Harmat.

A total of 24 teams will contest the men's and women's draws in Thailand, with the winners earning a wildcard to an FIVB World Tour event.

The competition continues with the main draw tomorrow, with the finals to be played on Sunday (June 23).