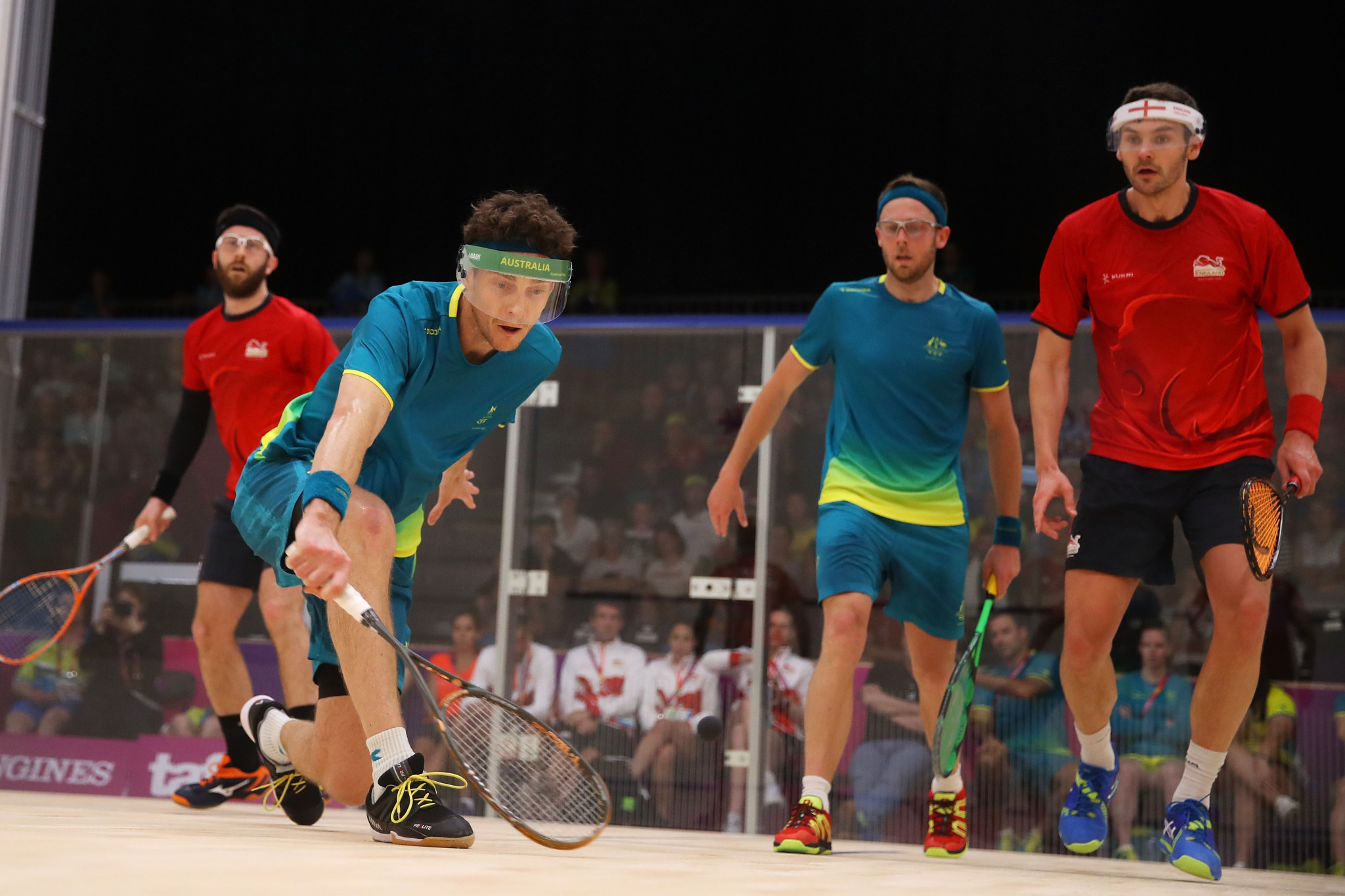 Defending men's champions Ryan Cuskelly and Cameron Pilley made it three wins from three to top Pool A at the World Squash Federation (WSF) World Doubles Championships in Gold Coast.

The Australian top seeds cruised to an 11-1, 11-5 win against Canadian pair Madison Eggert and Thomas King at the Carrara Squash Centre.

They followed up with an 11-5, 11-5 victory against ninth seeds Robert Garcia and David Pelino from The Philippines.

Compatriots Nicholas and Thomas Calvert made it two wins from three by defeating Eggert and King 11-6, 11-8.

South African pair Jean-Pierre Brits and Christo Potgieter earned their first win of the championships with a hard-fought 11-5, 8-11, 11-9 triumph against Garcia and Pelino.

In Pool B of the men's draw Zac Alexander and Rex Hedrick from Australia were in scintillating form with an 11-2, 11-2 destruction of Maltese pair Bradley Hindle and Kijan Sultana.

The second seeds then defeated Ravindu Laksiri and Shamil Wakeel of Sri Lanka 11-6, 11-5 for three wins from three matches.

Colombia's Andrés Herrera and Juan Camilo Vargas maintained their unbeaten start to win 11-4, 11-6 as Hindle and Sultana fell to a second defeat of the day.

Malaysia's Darren Chan and Bryan Lim claimed an 11-7, 4-11, 11-9 victory against Laksiri and Wakeel to record their first win in the pool.

Colombians Laura and Maria Tovar collected their first points of the championship by defeating Jemyca Aribado and Aysah Dalida from The Philippines 11-4, 11-7.

In the mixed doubles tournament Nunn teamed up with Ethan Eyles to earn a first win in Pool A, seeing off Aribado and Garcia 11-4, 11-10.

Catalina Pelaez and Matias Knudsen of Colombia defeated Alexander and Alex Haydon 11-9, 11-4 to sit top of Pool B, while Dalida was joined by Reymark Begornia to defeat Colette and Kijan Sultana 11-8, 11-10.