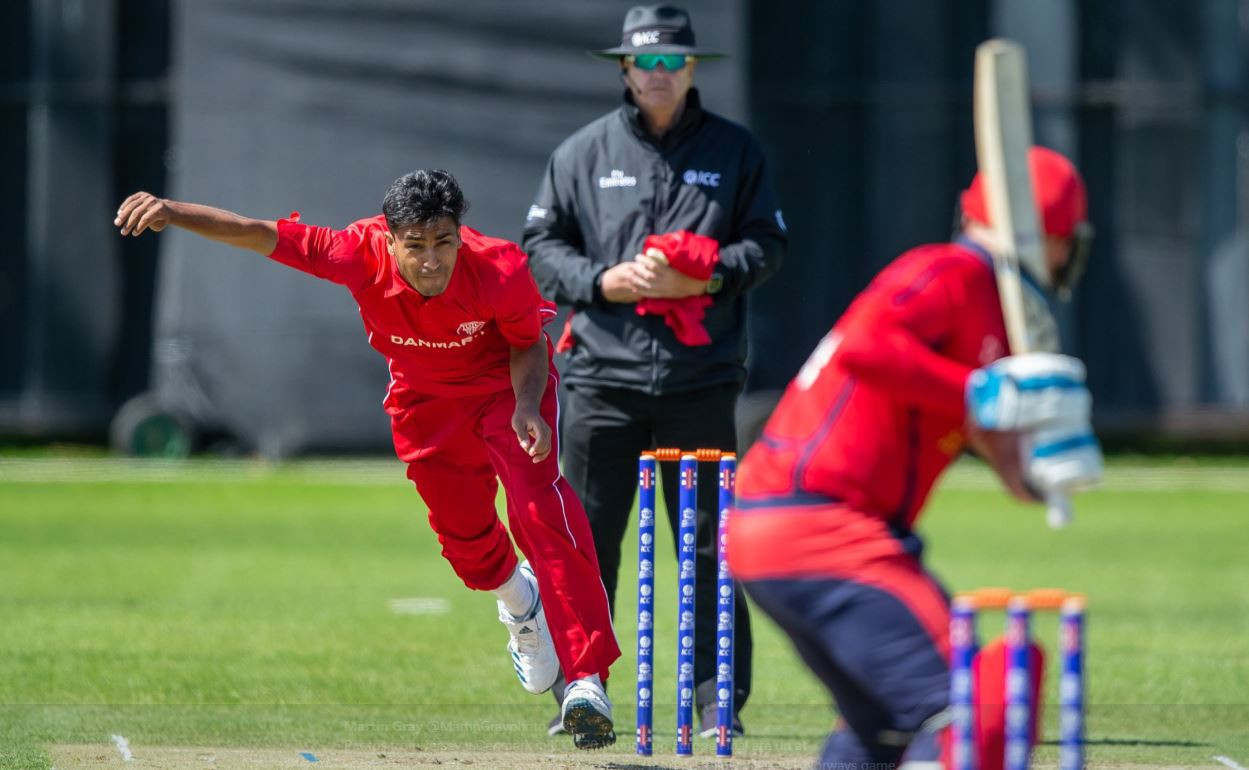 The neighbours had been due to play on Saturday but the match was postponed due to wet conditions.

At King George V Sports Ground in Castel, the Danes won the toss and elected to bat first.

Shah fell short of his half-century, though, as he was stumped on 40, but at 69-2 Denmark were still in the driving seat.

Norway did enjoy some success with the ball, however, and slowed their rivals with two quick wickets from Raza Iqbal as Denmark stumbled to 116-6.

They closed the innings on 141-7 with Rizwan Mahmood adding 23 runs in the closing stages.

After the break, Laegsgaard did not waste any time ripping into the Norwegian top order.

Ehtsham Ul Haq had just one run on the board when he was bowled by the Dane, who followed up with a caught and bowled to oust Walid Ghauri as Norway fell to 18-2.

Hayatullah Niazi put up some resistance with a knock of 27 but when he was bowled by Saif Ahmad, Norway were staring defeat in the face at 69-7.

The group winners will advance to the 14-team ICC T20 World Cup Qualifier in the United Arab Emirates.

The host nation will compete in the event in October, alongside Scotland, Zimbabwe, the Netherlands, Hong Kong, Oman and Ireland, who qualified due to their ranking at the last World Cup.

Papua New Guinea will be the Asia-Pacific representative, while Kenya and Namibia carry African hopes.

One Asian and two Americas places will be determined at regional events in July and August, respectively.