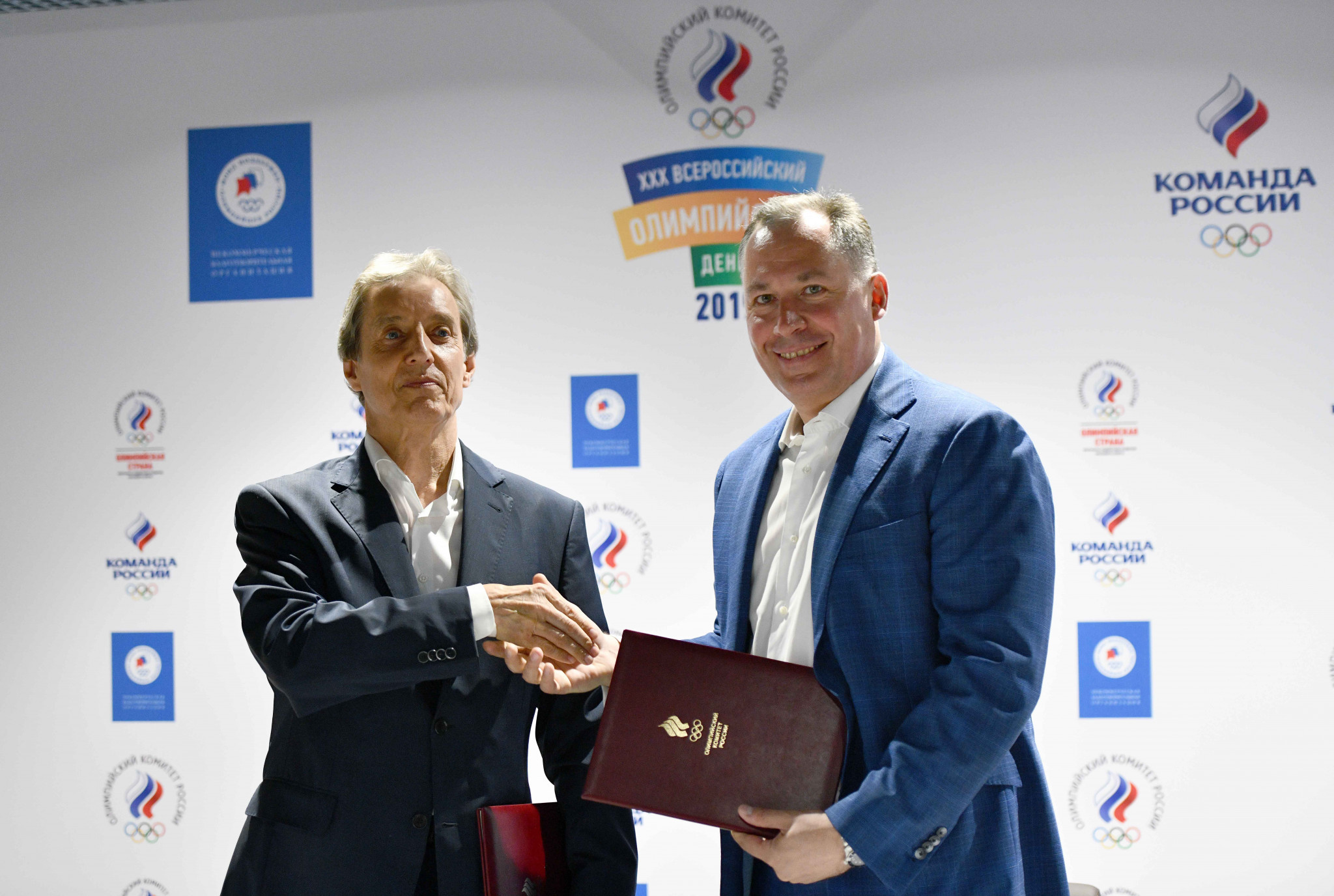 Both parties have already enjoyed a close relationship on a number of projects with the document simply setting in stone their cooperation.

ROC President Stanislav Pozdnyakov penned the agreement alongside the ROF executive director Alexander Katushev, who heads up the athlete group.

"I would like to thank the Olympians Foundation for support, which over the years has helped athletes achieve high results and realise plans not only in sports, but also in life," said Pozdnyakov, a triple Olympic champion in fencing.

"Pavel Anatolievich Kolobkov and I were among the first grantees of the Foundation at the beginning of the 2000s, so we know about its programmes from various sides."

Katushev said 70 different programmes had been implemented by the ROF.

"More than half of them were held jointly with the ROC, so the document that we signed today only consolidated our fruitful cooperation on paper," he said.

"This year we have five joint projects in our plans and as many more in the near future.

The Olympic Day celebrations included a sports festival at the Luzhniki Stadium in Moscow.

Both children and adults took part and were joined by Russian athletes who passed on their stories and expertise.

Focus was given to the European Games in Minsk which begin on June 21 and where Russia are hoping for a strong showing.

The country is hoping to move on from its doping scandal which saw it forced to compete under a neutral banner at the Pyeongchang 2018 Winter Olympics.

A suspension imposed on the ROC by the International Olympic Committee was immediately lifted after those Games but the nation remains under intense pressure and their athletics team is still suspended.

"It is very pleasant that so many people have gathered in the Luzhniki Stadium today, many have come with small children," said Pozdnyakov.

"Pay attention to how many Olympic champions and prize-winners were on the stage during the Opening Ceremony.

"All this once again proves that Russia was and remains a big sports power.

"Our renowned Olympians are ready to pass on the experience and knowledge to new generations of athletes who, over time, will also become great champions and continue the glorious traditions established by veterans of the Olympic battles.

"Already on June 21, the second European Games will start in the capital of Belarus.

"As part of the All-Russian Olympic Day, we accompany our team to these important competitions, and we will be cheering for it together.

"At the same time, I want to say that our plans are not limited to the sport of higher achievements.

"The Olympic Committee of Russia actively develops mass sports in the regions, and implements numerous educational programmes that help our compatriots walk confidently through life.

"We are all one big Olympic family, and today's holiday is more proof of that."

Olympic Day celebrations are held across the world, traditionally around June 23 to commemorate the birth of the modern Olympic Games in Paris in 1894.