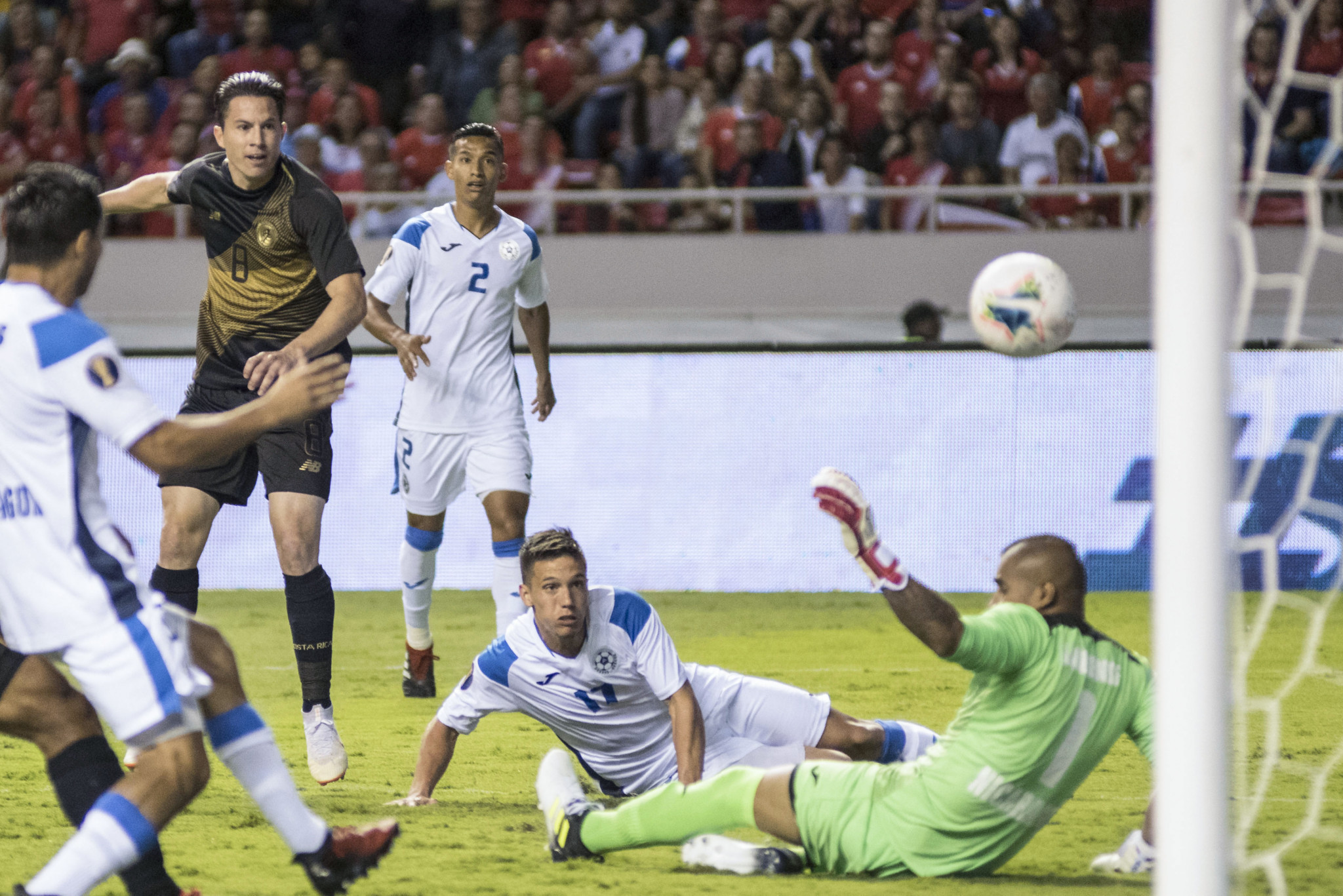 Co-hosts Costa Rica were in fine form on home soil as they thrashed Nicaragua 4-0 on day two of the Confederation of North, Central American and Caribbean Association Football Gold Cup.

The vast majority of the tournament is being played in the United States but both Costa Rica and Jamaica are hosting one round of group fixtures each.

It was the first time that a Gold Cup match had been played in Costa Rica and the home side did not take long to get up-and-running at the Estadio Nacional in San José as Brian Oviedo tapped home a seventh-minute lead in the Group B encounter.

A superb strike from captain Celso Borges doubled the advantage shortly before the 20-minute mark and Elias Aguilar's free-kick made it three in first-half stoppage time.

Nicaragua missed chances of their own and improved after the break but Allan Cruz's goal in the 75th minute made it four.

In Group B's other game at the Estadio Nacional Haiti came from behind to defeat Bermuda 2-1.

Dante Leverock's header in the final moments of the first-half gave the Bermudans the lead but Frantzdy Pierrot bagged a double after the re-start to turn the game on its head.

He first headed in from the six-yard box on 54 minutes before a right-footed finish 12 minutes later sealed the points.

This was Haiti's first-ever Gold Cup victory and it places them behind Costa Rica in the early Group B standings.

The Costa Ricans, who memorably reached the World Cup quarter-finals in 2014 in Brazil, made the Gold Cup final in 2002 where they lost to the US.

All of the remaining Group B games will now be played on American soil with the teams next travelling to Toyota Stadium in Frisco.

Tomorrow will see the start of Group C in Jamaica.

The hosts are playing Honduras at Independence Park in Kingston with Curaçao meeting El Salvador.