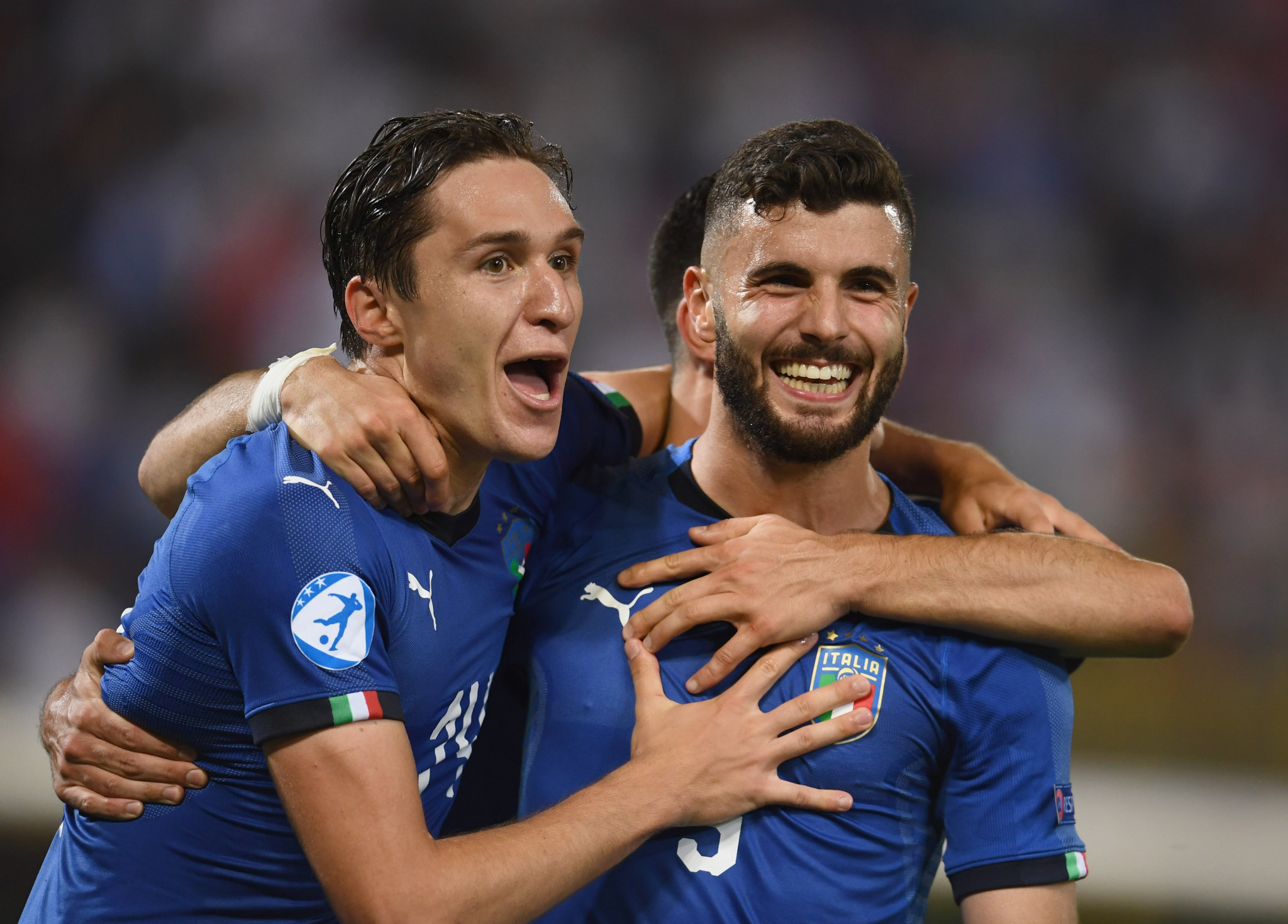 Italy got their UEFA European Under-21 Championship campaign off to a winning start by battling back from a goal down to defeat Spain 3-1 at Stadio Renato Dall’Ara in Bologna.

The hosts had trailed to Dani Ceballos’ eighth-minute opener but Federico Chiesa equalised shortly after the half hour mark when he beat goalkeeper Unai Simon at his near post.

Midway through the second half, Chiesa struck from close range to delight the vast majority of a sell-out crowd of more than 26,000.

And eight minutes from time, Carlos Soler was judged to have pulled back Patrick Cutrone in the box – following the intervention of the Video Assistant Referee – and Luca Pellegrini converted the resultant spot-kick.

Poland had earlier begun the tournament with a surprise 3-2 victory over Belgium in Reggio Emilia.

Aaron Iseka Leya put the Belgians a goal up in the 16th minute at Mapei Stadium but Szymon Żurkowski quickly levelled.

Krystian Bielik headed Poland's second soon after the restart and Sebastian Szymański further cranked up the pressure with a third some 11 minutes from time.

Dion Cools swiftly responded following a mistake from Bielik but that was how it stayed until the final whistle.