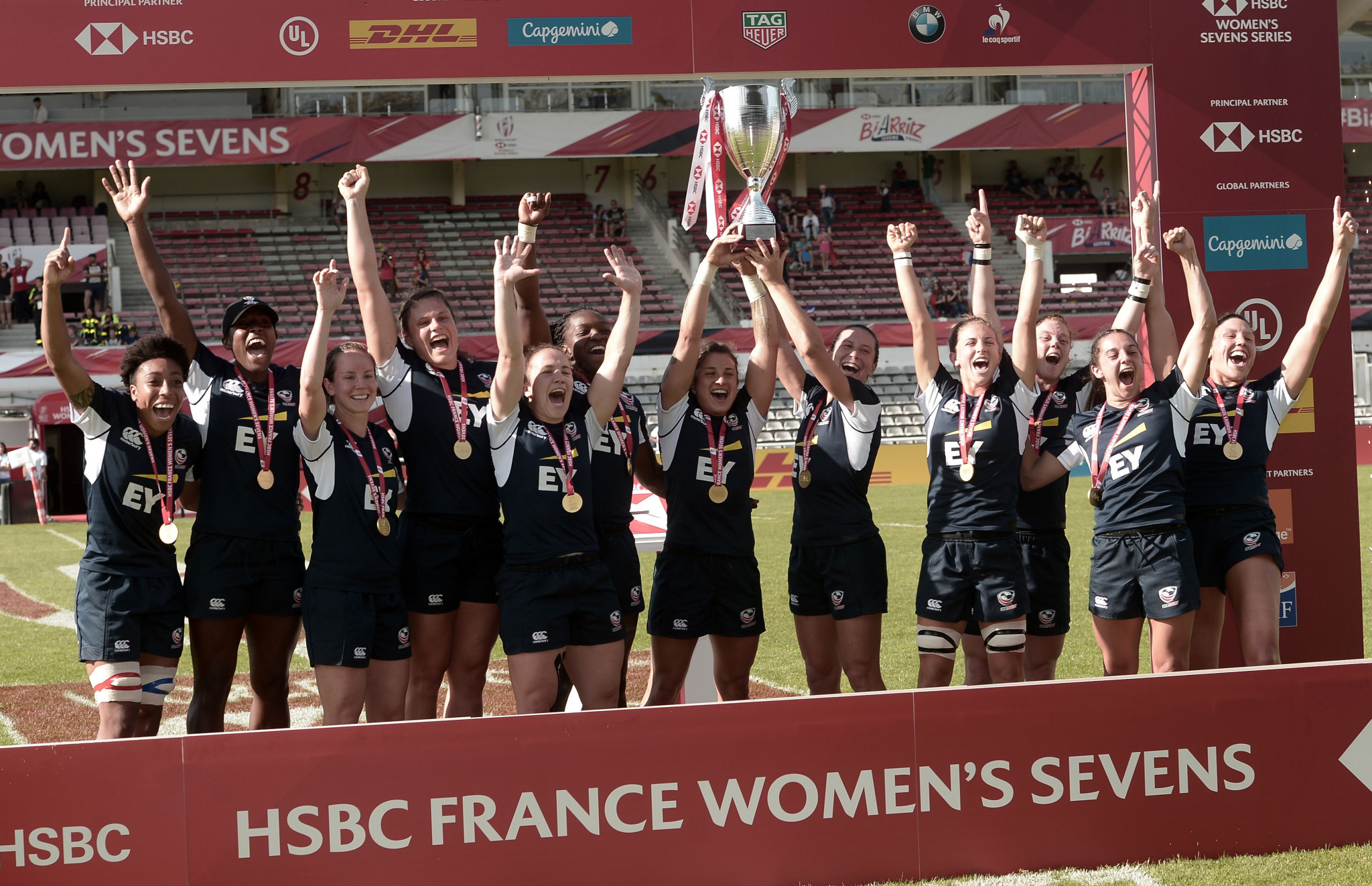 The United States won their first World Rugby Women's Sevens Series round and confirmed their place at the Tokyo 2020 Olympic Games.

They defeated overall Series winners New Zealand 26-10 at Stade Aguiléra in Biarritz to triumph, having overcome Spain 24-7 in the semi-finals and Russia 27-12 in the quarter-finals.

"I've imagined this moment so many times and for it to finally come together means the world to me," said the US's Lauren Doyle.

"It means everything to the girls, it's an incredible feeling."

The US's victory meant they finished second in the overall standings, with Canada third and Australia fourth.

These teams have qualified for Tokyo 2020, joining Fiji, United States, New Zealand and South Africa from the men's competition.

Japan will have men and women's teams at the Games as hosts, while Brazil’s women confirmed their place after winning the South American regional qualifier in Lima this month.

The second regional qualifier will be the South America men’s tournament, hosted in Santiago from June 29 to 30.

Regional qualification tournaments for North America, Europe, Asia, Oceania and Africa are due to take place between July and November this year.

The final opportunity for teams to qualify for Tokyo 2020 will be in the World Rugby Olympic Repechage tournaments next year.

“Congratulations to the eight teams that have qualified for the Tokyo 2020 Olympic Games," said World Rugby chairman Bill Beaumont.

“The standard of rugby played in this competition is exceptional and increases year on year, so to finish within the top four is an outstanding achievement.

“We have seen unprecedented growth in this competition since its inception and next season will be no different as the women’s series increases to eight rounds for the first time.

“Next year will be a big year for rugby sevens as it makes its second appearance on the Olympic Games programme in Tokyo and we are very excited to watch these teams in action there next summer.”