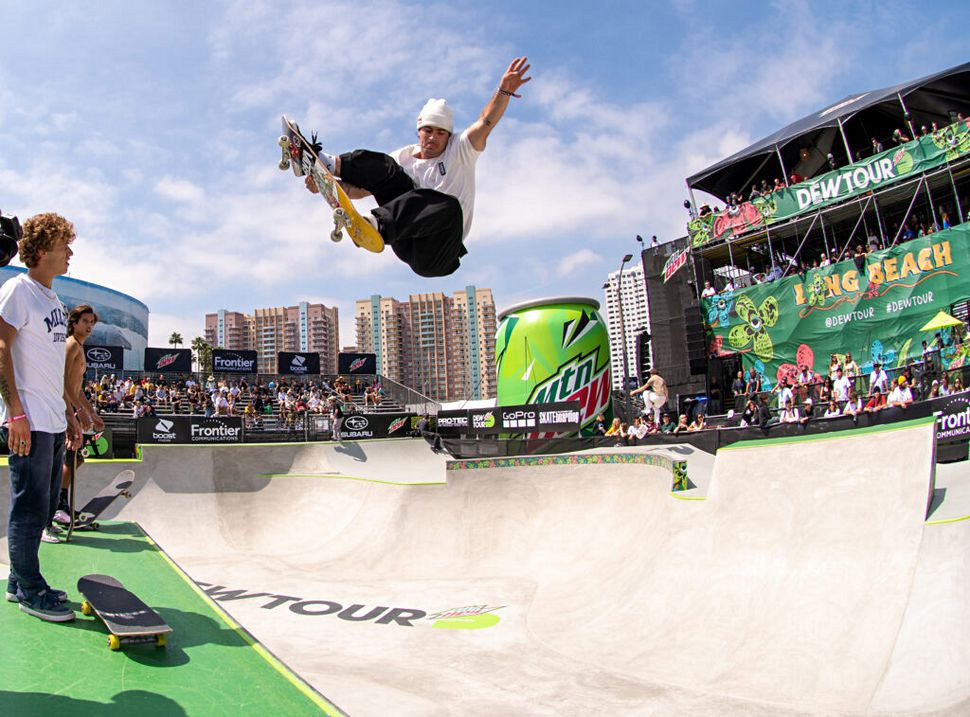 Brazil's Pedro Barros topped the standings in the semi-finals of the men's park competition at Dew Tour Long Beach 2019, while Nyjah Huston of the United States led the way in the street competition.

With Olympic qualification points on the line before skateboarding's debut at Tokyo 2020, competition was especially fierce and just the top eight from the 24 semi-finalists earned a spot in tomorrow's finals.

The top 12 skaters from the last World Championship entered at the semi-final round and met the 12 skaters who made the cut from the quarter-finals.

In the park competition, the heats were divided into four groups of six with each skater given three 45-second runs and only their best score counting.

Barros, the final competitor in the fourth heat, took top spot as he got some huge air with his tricks and used the entirety of the park well.

After his run, Barros said he was hoping to reach the Olympics next year to spread the positive message of skateboarding both at home in Brazil and around the rest of the world.

He said: "Skateboarding is a lifestyle and it is becoming a sport now more than ever.

"As a Brazilian skater coming out of third-world country, [the Olympics] is a way to make skateboarding stronger in my country.

"I'm backing it up by showing the real skateboarder lifestyle, and I'm going to do that [at the Olympics], too."

Ivan Federico of Italy ended the semi final in second, while Cory Juneau, from the US, who was top finisher from the quarter-final, came third.

Luiz Francisco of Brazil, Heimana Reynolds of the US, Alessandro Mazzara of Italy, Keegan Palmer of the US and Jamie Mateu of Spain made up the rest of the top eight.

American Tristan Rennie competed on his 21st birthday, but came ninth and just missed out on the final.

Others to miss out on a final spot were 44-year-old Danish legend Rune Glifberg, the youngest competitor, 12-year-old Gavin Bottger of the US and another American favourite, Alex Sorgente.

The finals of the four main skateboarding events, the men's and women's park and street competitions, take place tomorrow.