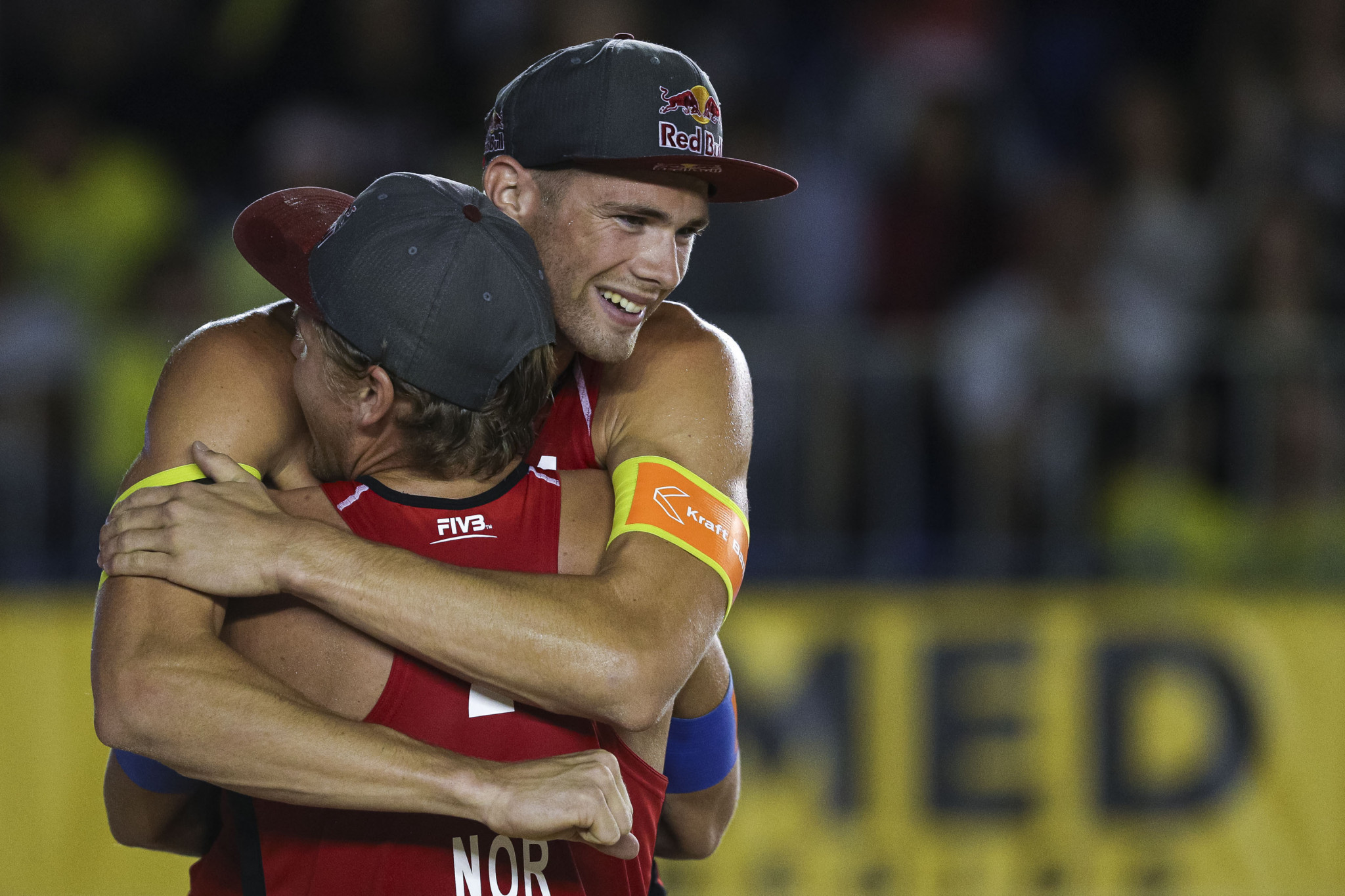 The Australians cruised into the final with a 21-17, 21-16 win against Brazilians Carolina Solberg Salgado and Maria Antonelli.

In the third-place playoff, Bednarczuk and Santos Lisboa beat compatriots Salgado and Antonelli 23-21, 21-16 to secure bronze.

Anders Mol and Christian Sørum sealed a fourth successive win at the four-star Warsaw stop as they reached tomorrow's semi-finals in the men's draw.

The world number one Norwegian pair defeated Brazilian pair Pedro Solberg and Vitor Goncalves Felipe 21-15, 25-23 in round two before seeing off Italian sixth seeds Paolo Nicolai and Daniele Lupo 21-19, 21-17 in the quarter-finals.

Mol and Sørum will face Russia's Viacheslav Krasilnikov and Oleg Stoyanovskiy next after they knocked out seventh seeds Cherif Younousse and Ahmed Tijan of Qatar in a 22-20, 21-19 quarter-final victory.

"We have been battling some tight sets here and now we're just really happy to be in the semi-finals," said Mol.

"I am really proud that we battled it through in these hot conditions.

"We beat a lot of good teams and now we want take a medal.”

The men's other semi-final will feature Russian compatriots Konstantin Semenov and Ilya Leshukov after they recorded emphatic victories in the knockout stage.

In round two they cruised to a 21-15, 21-18 win against Spanish pair Pablo Herrera Allepuz and Adrian Gavira Collado, before winning their quarter-final 21-16, 21-15 against Martins Plavins and Edgars Toc from Latvia.

Brazilian pair Evandro Goncalves Oliveira Junior and Bruno Oscar Schmidt will be their opponents after they fought back to defeat Latvians Aleksandrs Samoilovs and Janis Smedins 24-26, 26-24, 15-7.